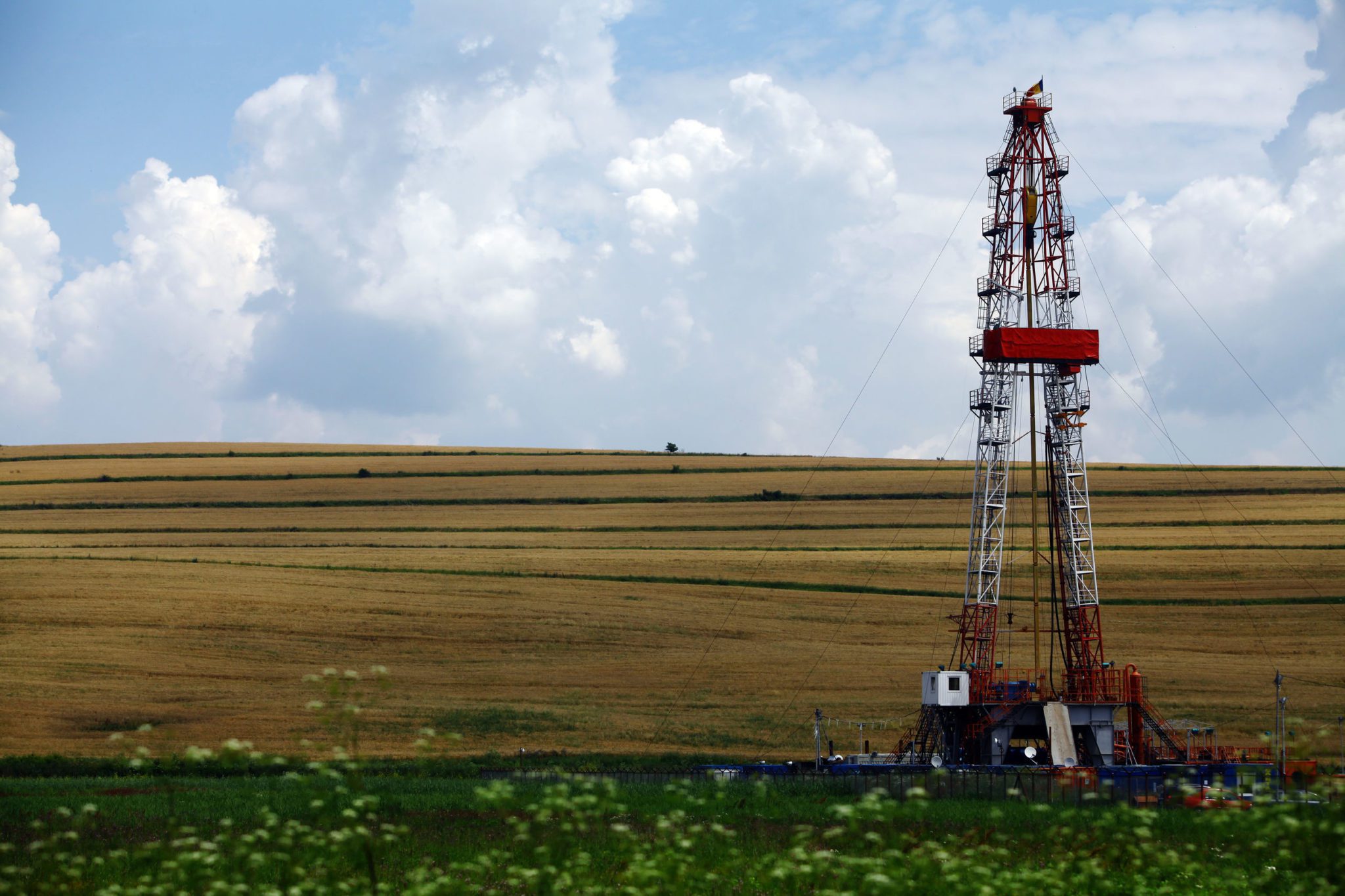 Few industries are as accustomed to change as oil and gas. From the rapid emergence of new technologies to dramatic ups and downs in the market, the fluid nature of the industry always offers up good discussion material as the year comes to a close. Each year is also tug of war between both good and bad that develops for the industry. 2017 was a good example of that.

According to data from the World Bank, crude oil prices in 2017 hovered between $50 – $55 a barrel for most of the year. While prices are at near-historic lows, they’ve also been extremely stable. The steady development and expansion of American shale continues to provide needed predictability to the international market. This is a welcome change, especially in the wake of the precipitous price drops that occurred in 2008-2009, and later in 2014-2015, that saw crude oil lose 60 percent of its value in less than a decade.

Despite a bit of investor angst at low per-barrel oil prices, companies have proven surprisingly innovative at surviving and thriving under current market conditions. All signs point to the 2017 market as a good marker for this year, overall.

Meanwhile, nature continues to be an unpredictable and devastating force. Many in Houston are still striving toward recovery after the destruction wrought by Hurricane Harvey. After several quiet years without any major hurricanes making landfall in the continental U.S., nature decided to wreak havoc on the lives and livelihoods of people across the Gulf and in the Caribbean.

In an August 31 article, Bloomberg noted that when Katrina hit in 2005, the U.S. was exporting 800,000 barrels of refined oil products. Over a decade later, the international markets felt a ripple effect after Harvey due to the large increase in American oil exports— now 6 million barrels per day of crude oil and refined products.

If the impact of Harvey brought anything to light this year, it was the increasing importance of American oil on the international market. And as much damage as Harvey left behind, it also helped highlight the growing importance of oil on the American and world economies.

With that in mind, looking toward 2018 is a distinct reflection on what 2017 brought us. As the United States quickly steps into the role as a key oil exporter instead of a net importer, the 2018 market outlook looks favorably on the growth prospects in the oil and gas sector.

In his 2017 Outlook on Oil and Gas, Deloitte Vice Chairman John England stated that 2017’s market would be seen as the “slow road back.” His prediction was spot on in many ways. As England pointed out, the oil market reached near-historic lows the years prior. However, in 2016, U.S. oil companies learned to more effectively tighten their belts. 2017’s stable, yet higher oil prices marked the steady demand for American oil, alongside the growing importance of liquefied natural gas.

As 2017 comes to a close, the market prospects for 2018 look increasingly bright. America is now exporting more oil than ever, including new and increasing shipments to growth markets like India. With a better understanding of how to stay profitable even at lower per-barrel oil prices, investors may be eyeing oil and gas as a potentially lucrative venture in 2018.

On December 13, a bipartisan agreement was set to lower the corporate tax rate to 21 percent beginning in 2018. This dramatic reduction is intended to benefit industry workers and investors while making the oil and gas industry more competitive in global markets.

President Trump has historically shared fossil-fuel friendly views and the plan which the House passed initially on December 19 expands the ability of businesses from shale drillers to solar panel manufacturers to write off equipment expenses. This continuation of tax incentives preserves investment in the energy sector as a whole, including renewable energy.

The primary objective is to simplify the tax code by getting rid of most deductions. Through decades of legislature intended to reward individual and corporate investment, the tax code has become a complicated web of loopholes and exemptions navigated through complex financial maneuvering.

So far, the tax plans preserve the use of last-in-first-out (LIFO) accounting rules. This allows crude stockpiles to be valued at current market prices rather than original purchase costs. Also preserved are intangible drilling costs deductions and a taxable income reduction to reflect the depreciation of reserves.

While the details of the legislation are by no means secure, the intended net effect will hopefully translate to financial benefit to hardworking Americans, more jobs and a strong, independent economy in 2018.

Sid has been featured in Forbes Magazine, which included him as a California Financial Leader, and named three times to Barron’s Top Financial Advisors.

The U.S. Energy Information Administration regularly publishes updates on the changes in the U.S. oil and gas industry. In comparing December 2016 to December 2017, key changes in exploration and production have emerged. The Permian and Bakken regions continue to see steady growth in new wells and increasing production numbers. New wells and large gas outputs are also popping up in the Appalachian oil fields, such as the Marcellus and Utica shale plays.

Meanwhile, legacy oil and gas wells continued to the decline in production first seen in 2014. Interestingly, new oil well production in several key regions was weak overall in 2017, despite a sharp rise in the well count. New gas well production also flattened or fell in some key regions as well, even as gas rig counts grew in many places.

For new oil rigs, the Bakken, Niobrara and Eagle Ford regions proved the strongest, posting gains by December that continued strong growth from 2016. On the new gas rig front, Haynesville and Appalachia proved to be extremely valuable to U.S. production numbers. Additionally, as legacy oil and gas wells saw notable decreases in production output, Eagle Ford and Haynesville continued to show stable output and even growth by the end of the year.

While 2018 will likely see more rigs added across oil and gas, a year-over-year doubling of numbers may not be as likely. Legacy wells may continue to fall in production output in most regions as well as companies pour more resources into new, more technologically advanced and efficient rigs.

Natural gas, in particular, is set to be a leader in the coming year and beyond. As Mark A. Stansberry states in his OILMAN Magazine article this month, “Natural gas…will be a strong force in filling global energy needs in the years to come for both power generation and transportation.” The signs of a strong natural gas market are with us now. According to EIA data, the supply of natural gas rose year-over-year from 2016 to 2017. Natural gas production rose by about 1 billion cubic feet per day for both Marketed Production and Dry Gas Production, respectively. EIA projections suggest both types of natural gas production will rise by about 6 billion cubic feet per day in 2018.

Technology in Oil and Gas

We’ve seen a lot of technological changes come to the oil industry just in the past ten years. As companies have been forced to tighten their belts as a result of lower per-barrel oil prices, new drilling and production methods emerged to help reduce costs. Drilling innovations in shale, in particular, have happened at a furious pace as companies learn to produce more with fewer resources—human resources included.

Still, the future of oil and gas extends beyond just physical tech, but digital trends. Big data is already starting to take over the industry, as more and more companies realize the way in which data collection, analysis and application can bring unprecedented clarity to almost every aspect of the industry. From exploration to downstream operations, every part of the industry can be upended in unique ways with the knowledge imparted by big data.

Combined with the innovative connections between big data and the “Internet of Things” or IoT, connecting all of those massive data points together through actionable devices and services.

Indeed, it is. Oil and gas is often slow to adopt new technology, preferring often to wait until something has been thoroughly proven before investing. And in today’s market, investment dollars are often far tighter than in the past, making any new venture worth vetting first.

Still, big data stands to change everything. From helping to decrease accidents in the field to improving yields and increasing revenues, the more data companies collect and analyze using new analysis tools, the better. 2018 is likely to be a noticeable break-out year for oil and gas and its burgeoning love affair with 21st-century tech.

“[The Internet of Things] in the oil and gas business is revolutionizing the way things are done from a field operations and production perspective. It is driving efficiency and reducing costs from non-value added activities by giving users information to make better decisions in real time.”

With governments around the world increasingly focused on restricting pollution, 2018 will see a continued rise in demand for ways to minimize CO2 and NOx emissions as well as to accurately document them for compliance purposes. Thus, we are likely to see a move away from diesel-powered plants to the use of alternative energy sources, such as tidal, to reduce emissions. With each rig producing as much CO2 annually as 5,000 cars, there is a heavy price to pay – financially and environmentally.

Advanced compliance and risk solutions will become an essential requirement to automate the monitoring and reporting of emissions, replacing inefficient manual processes. While remote facilities have historically been difficult to connect to the internet, satellite communications are enabling a new wave of cloud-powered systems to support these efforts.

IFS develops and delivers enterprise software for customers around the world who manufacture and distribute goods, maintain assets, and manage service-focused operations.

There’s far more anticipated in 2018 than covered here, of course. With oil hitting a 2 ½ year high of $60/barrel .just as 2017 closed out, the prospect of a newly energized oil market are strong. Additionally, the opening of ANWAR (an historic provision couched into the tax overhaul) offers interesting prospects for well beyond 2018.

How about that Ideco?