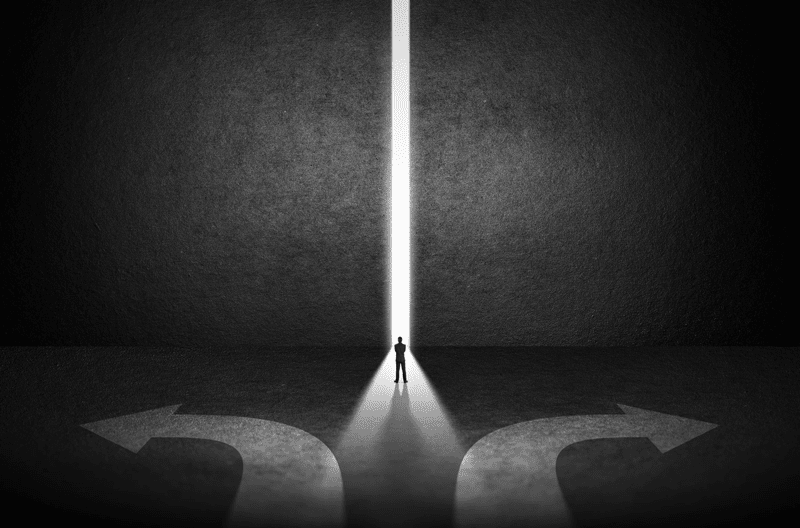 August 27, 1859, was a defining moment for America when the first oil well was drilled near Titusville, Pennsylvania. It set the course for industry and innovation for the next 161 years, which has led us to today, a period where the oil industry has reached its apex.

The COVID-19 pandemic has altered the way the world works. Demand has fallen for the last time, leaving industry unable to get back up and fight, like it has done so many times before, through the ups and downs those in the oil and gas industry have come to know.

No Demand, No Man’s Land

Andrew Inkpen, professor of management and J. Kenneth and the Jeanette Seward Chair in Global Strategy at the Arizona State University, says, “The only thing that changed in 2014 was price and that was part of the natural cycle of commodity prices – they go up and down.” While 2014 wasn’t that long ago, it’s important to “remember that the Great Recession had only a short-term impact on price and demand. The pandemic is different,” says Inkpen. “Travel, and jet fuel, could take five years to recover. Or perhaps it won’t recover. Commuter travel will never come back to the way it was. The result will be a permanent drop in demand.”

Small and mid-size companies in the oil and gas industry face many challenges to remain in operation. The ones that are not competitive will meet certain failure; others may be acquired by larger firms. While the industry is usually flush with cash, that has not been the case for the past six years. Smaller companies borrowed lots of money and now demand is gone and the supply tank is filled to the brim. It will be a hard market to survive in.

Peak Oil was Feared, but Peak Demand is Shocking

Inkpen agrees that “BP’s latest Energy Outlook predicts that peak demand will occur in the next decade. The world will continue to use oil for many decades, but the oil and gas industry will not occupy as central a role in the energy landscape as it once did.” We are in the dawn of the Electric Age. Battery cells and capacitors have evolved to the point that Tesla CEO Elon Musk says he will have electric airplanes in the not too distant future.

Oil and gas will still be there, but they just will not have the presence they once did. They will cede power to the alternatives of today and many companies, such as Shell and BP, are diversifying their energy sources. There is a good chance the majors will still be around but will diversify their energy offerings to meet the needs and the markets of the future.

While OILMAN Magazine focuses predominantly on the U.S. sector, it sometimes takes into account the global industry. In the quote below, Inkpen brings up an astute observation about how the U.S. and Canada will fare in the long run compared to government-controlled industries.

The U.S. oil industry and Canada, to a lesser degree, are the only real competitive oil sectors in the world, where property rights allow private capital to own the oil. The U.S. industry has had an amazing ability to reinvent itself through innovation and private investment. In contrast, the OPEC nations and Russia are stuck in an environment where government entities dominate. The U.S. industry will innovate itself out of the current challenges. For some firms that means great success in the future. It also means some firms will fail. That is the nature of the U.S. private sector-oriented oil industry – a great example over the past 150 years of constant creative destruction.

While the pandemic is still hard to predict, it’s the author’s point of view that, at least in his own observations, life is trying to come back to normal in some cases, and that demand will ramp up a bit. Once a vaccine is in place, there could be pent-up demand for travel that could push prices higher in the near term, but probably will be unsustainable in the longer term as the world embraces many of the things we are now calling the “new normal.” This temporary surge will offer relief for many of the smaller and mid-sized companies, if they can hold on long enough to see a vaccine breakthrough in the coming months. The industry is relying on life returning to normal, which seems, at this point in time, like a pipe dream.

While there could be a small surge for the ones who hang on, the Haynes and Boone Oil Patch Bankruptcy Monitor paints a dire picture. In the past three quarters, 36 companies in oil and gas have filed for bankruptcy, the majority of which are in Texas. In the second quarter alone, producers filing for bankruptcy held over $29 billion in debt, with shale pioneer Chesapeake Energy accounting for $9 billion of that. Overall, the total for the amount of debt owed by bankrupt companies in 2020 is $50 billion, which by the end of fourth quarter 2020 will easily surpass the $56 billion of debt owed in 2016. Analysts agree that the number will only continue to increase through the end of this year and into the next.

Demand Down, Prices Down

Between Q1 and Q2, oil demand fell by about ten million barrels per day. Crude oil prices dipped below $20 per barrel in April, then moved up steadily, resulting in an average crude oil price of $29 per barrel for the quarter. However, this is still well below the Q1 average of $48 per barrel. Reduced demand worsened existing oversupply conditions in the gas markets, pushing prices to historic lows. The refining environment was also extremely challenging as U.S. and Europe crack spreads fell to nearly 50 percent of their year-to-date levels.

Way of the World

The cards are on the table, the industry is showing its hand, while fate smiles and draws from the deck of possibilities. The near-term is not looking good for anyone right now – not oil and gas or many other industries – but one thing is sure, compared to other countries of the world, the U.S. will continue to innovate and come out with new ideas on how the oil and gas industry, relived of its kingship over the energy industry, will continue to operate at a reduced capacity and the alternative energy sources of today become the majors of tomorrow.

The world is going through a reckoning, and accelerated changes that we were not ready for, but have had them thrust upon us. Tomorrow we will wake up reborn, stronger and wiser than we were yesterday. While things might not be what they once were, we will adapt, change and move on. It is the only thing to do.