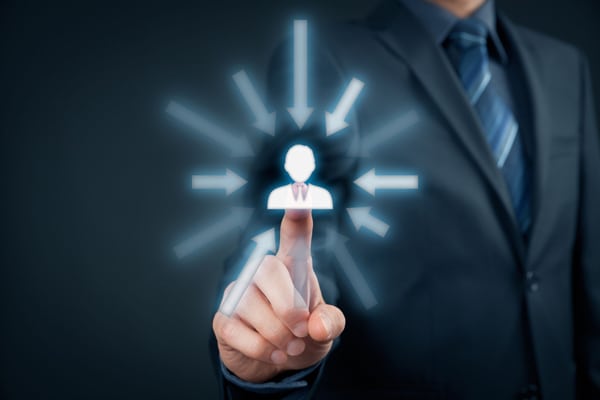 Finding the Right Safety Culture for Boom or Bust

Work hazards in oil and gas abound — fire and explosions, falls, chemicals, machinery, and remote work sites come together to make the industry one of the most dangerous in the U.S. In 2014, the year for which the most recent compiled safety data is available, the Bureau of Labor Statistics’ (BLS) fatality rate for oil and gas extraction was about 16 per 100,000 workers — 10% higher than the fatality rate for all mining categories.

In its April 2016 report on worker safety and health in the U.S., the national federation of unions AFL-CIO called for “intensive and comprehensive intervention” in setting standards for health, safety and the environment (HSE) for oil and gas workers. The report said that rapid growth in the sector since the early 2000s brought a significant increase in fatal injuries. BLS statistics from 2003 to 2014 show that about 1,300 workers were killed on the job, with the number of fatalities reaching the highest ever in 2014.

These statistics stand despite the rigorous efforts of oil and gas companies to promote safety culture at every level of their organizations. And yet, it is important to recognize that data available to date reflect an industry still in its state of growth. Data for 2015, due at the end of this year, and subsequent figures for 2016, will speak to how the industry has fared in terms of safety since oil prices dropped at the end of 2014.

For insight into how the industry has reacted in the downturn and what that reaction has meant for HES, Oilman spoke with Jim Spigener, executive vice president at safety services provider DEKRA Insight.

Spigener has been working with major oil and gas firms for many years – on both short- and long-term safety projects and programs. For example, he has spent 25 years working with Shell in the offshore market, from helping the company institute an employee-driven behavioral process to supporting the company during serious incidents in terms of investigation and understanding of workplace processes that led to the incidents.

DEKRA provides similar services to other firms – he said that about 70% of DEKRA’s work in the oil patch is with ExxonMobil and Shell, and the remaining 30 percent is with ConocoPhillips, Chevron and BP.

DEKRA has a wide range of services that it offers companies to support safety culture.

That support can start with identifying what kind of culture the company wants to have, Spigener said, and then they use validated tools to determine what the current culture is.

At the “shop level,” Spigener said that DEKRA helps companies develop a behavioral approach – showing workers how to get peers to understand what the exposures are that are causing injuries, how to measure them, and see how they contribute to them.

“We help people understand how to look at safety from the perspective of understanding that mistakes are going to happen – the way our brains are set up, as humans, we are most likely going to make mistakes,” Spigener said. “And what we want organizations to begin to recognize is, how do we anticipate the fact that mistakes are going to be made and how do we change the system so that when the mistake is made, the consequence is not dire.”

“We’ve done a tremendous amount of research, and we’ve come to the finding that fatalities and very serious incidents do not come from the same causes as normal OSHA recordable-type injuries,” Spigener said. “Unless you understand what the precursors to those kinds of events are, and you begin to put in some sort of mitigation for those, you could actually have a very low OSHA recordable rate and still have a fatal incident.”

HES and the Downturn

With his extensive experience providing a wide range of safety services to major players in the oil and gas industry, Spigener has been in a unique position to observe the industry’s response to the downturn – in terms of HES – since 2014.

“With the companies that I spend the most time with, one of the things that became of great concern during this downturn was the fact that people, as human beings, tend to want to do what’s necessary to preserve and protect themselves,” he said. “In a downturn like this, the risk of getting hurt seems minor compared with the risk of losing your job.”

He explained that he has worked extensively with clients to help them send the message to employees that what the organization is really paying attention to, when it comes to who will be laid off, is who recognizes that safety during a downturn is as or more important than it was during the boom.

DEKRA’s clients have sought support in identifying whether a culture of fear over safety has set into their organizations.

“How do you get your frontline supervisors to not just to talk about this issue and get people to understand it, but how do you reinforce the right behaviors, and how do you get connected to people so you can see if this is happening or not happening,” Spigener said. “And then we want to identify what kind of diagnostics are available to take samples and understand whether in fact people are beginning to up their pace or the desire to take shortcuts.”

During a downturn, Spigener said, it’s important to “cut in the right way.”

Organizations faced with dwindling oil prices have to find ways to make their organizations run efficiently, but, Spigener warned, if they don’t cut in the right way, the culture in an organization will respond.

“If you do the wrong things, culture is not something that’s going to be static,” he said. “Culture is always assessing what it sees, and without people even realizing, it’s gradually moving back and forth.”

When companies start to adapt to the market environment, Spigener explained, their leaders begin, often unconsciously, to ask their teams “to work harder, smarter and faster.”

“What happens first is, without even realizing it, what gets rewarded, what gets recognized, what gets expected, starts to shift,” he said. “And if that shift stays in place long enough, then you affect culture. It goes from me recognizing that my boss really is more interested in productivity right now, to me taking a few little shortcuts, to those shortcuts becoming institutionalized and nobody even realizes it.”

He said that, during the downturn, it has become critical for companies to examine how they are making cuts, how those cuts are being communicated and understanding how the cuts are taken by the workforce, while always reinforcing safe behaviors.

The reality of safety culture is that it must endure whether the industry is in a boom or bust.

Spigener said that in a downturn, the workforce evolves, and when the market starts to improve, workers must adjust to new job dynamics.

Workers are asked to adapt and learn new jobs quickly, and inexperienced workers end up outside of their comfort zones. These workforce changes present a whole different level of risk than what companies faced in the downturn.

“As consultants, we play a very large role as a sanity check and safety valve for [these companies] and helping them understand from a human behavior performance perspective how to get the best from their workers,” Spigener said.

He said that it’s easy to point to human error when safety fails and incidents occur.

“It looks like it’s the final thing that caused an accident, but what we’ve come to recognize is that in most cases, we’ve set that up prior to it occurring,” he said.

Companies, he added, are more often in a learning mode these days, rather than looking to blame workers for accidents.

He concluded: “Really, for the most part, the big oil companies have moved past that way of thinking.”