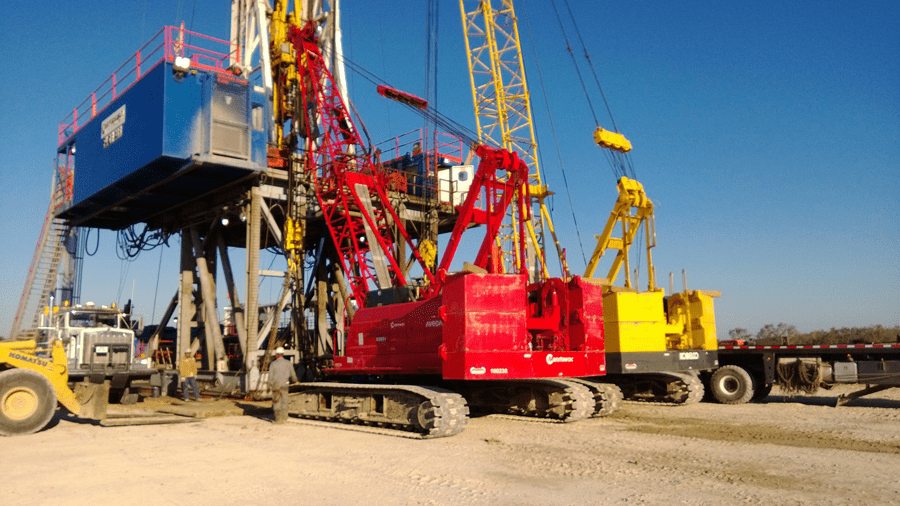 It’s no surprise that with oil production in the Permian region quadrupling over the past eight years, the traffic in the Permian Basin has increased exponentially. According to a study by the Texas A&M Transportation Institute, there were four times the number of truck loads on the roadway than officials initially estimated. During this same eight-year period, Midland, Texas has also become one of the fastest growing cities in America. The economic opportunities presented in the region have caused a population growth of over 25 percent and there’s no sign of it slowing. Especially if you factor in that the basin is expected to nearly double its crude oil output by 2023.

Between the surge in the basin and the population growth, the state of infrastructure in Midland has created a tremendous amount of road congestion. In some areas, certain segments of the road need to be rehabilitated or completely rebuilt. The Texas Department of Transportation has committed to making many enhancements, and construction is underway. However, this construction is causing additional deterioration of the local infrastructure. The deteriorating road conditions are not only causing bottlenecks and additional costs for the trucking and oil industry, but they are now presenting safety issues for passenger vehicles in the region. Now, more than ever, is the time to address the need for infrastructure investment and repairs. Not just in the Permian, but in all booming towns and cities across the country.

Producing an estimated four million barrels a day, the Permian Basin generates more oil than the majority of OPEC – excluding Saudi Arabia and Iraq. Although there are 12 pipelines currently under construction and an additional 30 in the pre-construction stages, the U.S. currently lacks the pipeline capacity to transport all the oil and gas we are rapidly extracting. Therefore, because the Permian generally has low production costs, it remains economically viable to use unconventional means to move incremental barrels out of the basin – even at an additional expense. This is not without consequences and has resulted in an increase in a level of surface infrastructure congestion never before seen in the region.

As Aveda specializes in transporting the equipment required for the exploration, development and production of petroleum resources here in the U.S., we’re seeing the issues mount day after day. Due to these road hazards and restrictions, many of our trucks are forced to find alternate routes, whether on dirt roads or county roads. These alternate routes increase the time and distance to transport equipment and now, what began as a routine move, quickly becomes a long and cumbersome job. This not only impacts the costs associated with the move, but also increases the safety risks.

To combat these risks, Aveda has taken numerous measures to reduce the number of trucks that are on the road. To avoid unnecessary congestion, they not only must conduct extensive pre-job planning to ensure the proper staging of trucks, but also increase the safety of their employees.

Some of the measures they’ve put into place include centralizing their employees by housing them in man camps in Midland and Pecos, Texas. From there, they utilize crew vans to bus employees to and from their locations. They’ve also made an aggressive push to increase the number of owner-operators to reduce their dependence on third party providers and to better ensure that Aveda can uphold homogeneous standards throughout the company. By constantly being proactive in their methodologies, they’re doing their part to enact measures and ensure they are doing everything in their power to be as safe and efficient as possible.

A Nationwide Need for Infrastructure Investment

The logistical and safety challenges created by the state of the infrastructure in the Permian highlights a larger need for greater infrastructure investment across the country. Currently, trucking moves over 10.77 billion tons of freight every year and accounts for around 70 percent of all surface freight in North America. Much like the boom we’ve seen in the Permian, the recent surge of the U.S. economy has increased the number of trucks on the roads across the nation. In fact, last year was a record-breaking year for the trucking industry with a 6.6 percent increase in tonnage transported. However, delays due to congested bottlenecks found by the American Society of Civil Engineers to be “structurally deficient and in poor condition” also created additional costs and inefficiencies for the trucking industry. To put it in perspective, the American Trucking Associations estimates that the trucking industry loses approximately $75 billion a year as we all sit together in traffic.

Addressing the deterioration of roads and bridges is not the only infrastructure concern for the trucking industry; the lack of parking and the need for more rest stops also compound the issue. Beyond the cost of sitting in traffic, the current lack of parking is an economic problem for drivers, as it directly effects their wages. According to the American Transportation Research Institute, drivers are spending on average about 56 minutes a day looking for a safe place to park – that time results in $4,600 in lost wages annually. In addition to lost wages, drivers often now have to choose between HOS (Hours of Service) violations or traffic fines. The result is that we’re seeing trucks parked on the side of highway ramps and road shoulders, often in high volume regions with zoning restrictions that make it extremely difficult to expand parking areas for rigs.

While the trucking industry is encouraged that President Trump and congressional leaders are in agreement on a big, bold vision to invest in our nation’s infrastructure, it is time for action. This isn’t simply a highway maintenance issue we’re talking about. For every day that we delay repairing and replacing our nation’s infrastructure, we’re putting lives in danger. According to the ATA, in nearly 53 percent of highway fatalities, the condition of the roadway was a contributing factor. Through the implementation of proactive measures and strategies to ensure the safety of our nation’s drivers and the communities we serve are helping, it’s merely a band-aid.

Passing infrastructure legislation will not only improve the oil and gas industry’s transportation needs, but it will also improve construction and domestic manufacturing goods delivery, increase passenger vehicle safety and support the growth of middle-class jobs across the U.S. Ultimately, infrastructure investment is about the American people and their communities, and our country needs to move beyond the politics. Bottom line, if there’s one thing that’s good for every person in America, it’s investing in our infrastructure. Can you imagine where we’d be if Eisenhower hadn’t invested in our nation’s interstate system?

Photos courtesy of Aveda Energy and Transportation, a Daseke Company 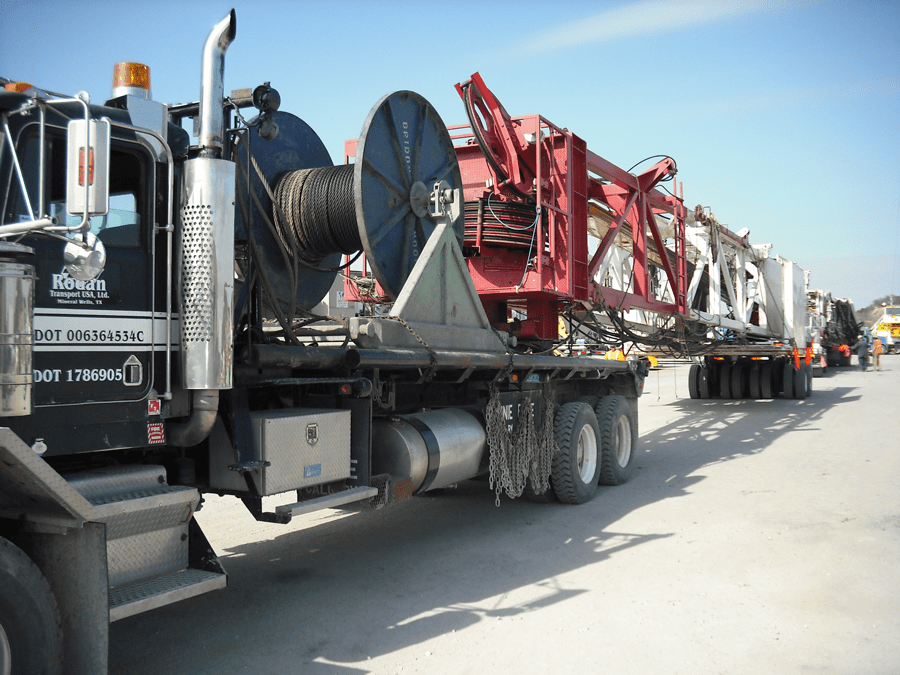 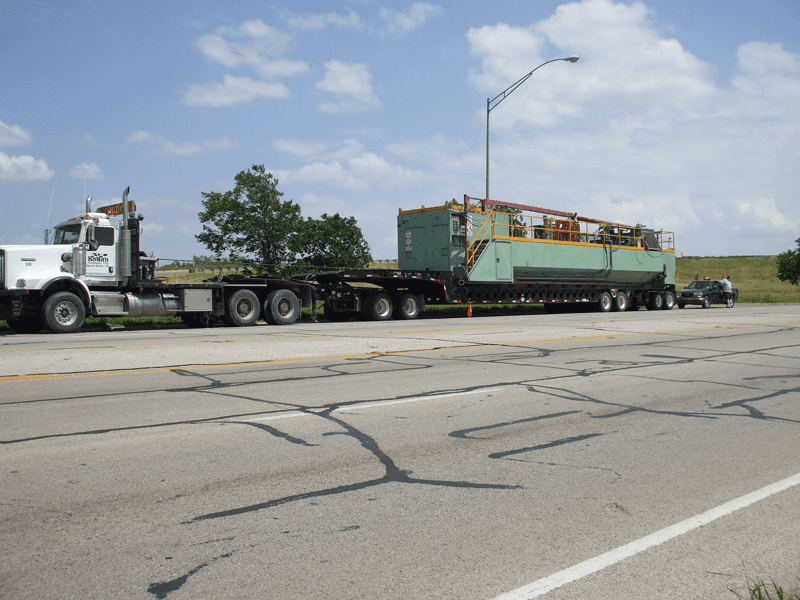 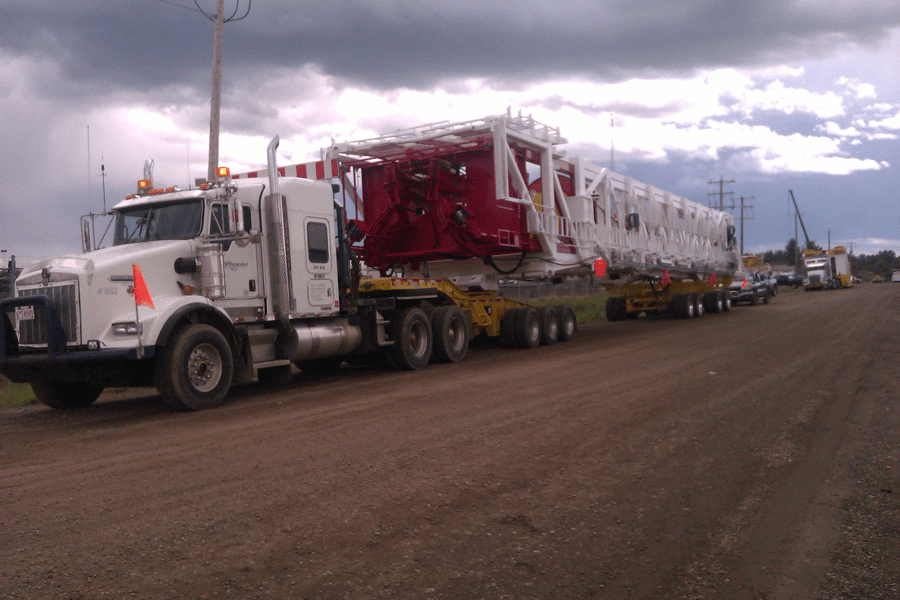 CEO and President - Aveda Energy and Transportation, a Daseke Company

Ronnie Witherspoon is the CEO and president at Aveda Energy and Transportation, a Daseke Company. With over 20 years of oilfield industry expertise, Ronnie has held a wide variety of operational, business development and leadership positions. A multiple graduate of the University of Oklahoma with a Bachelor of Science, Master in Science and a Master in Business Administration coupled with advanced graduate studies from New York University, Ronnie started his career with Schlumberger providing logging services to clients in the Gulf of Mexico and worked in the finance arena while completing his graduate studies. Ronnie is and has been a board member of several associations, both within and outside the energy industry.