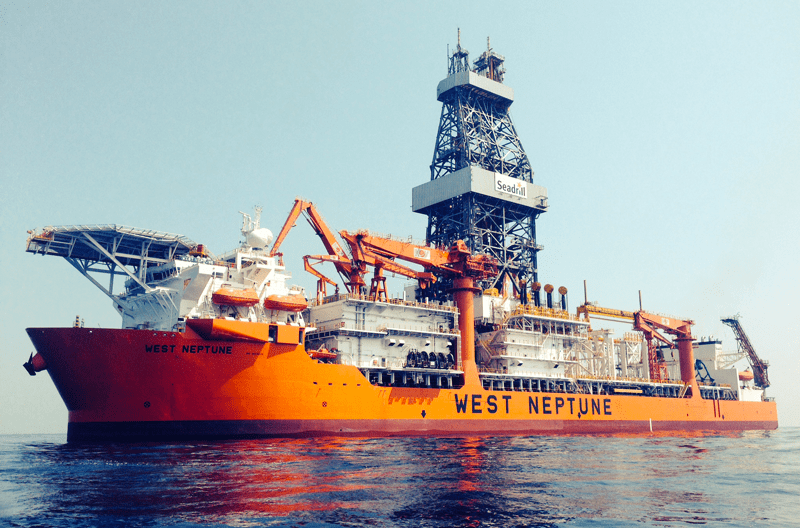 Improving worker safety on offshore assets has long been a challenge for the oil and gas industry. Statistics on injuries from the U.K. Offshore Statistics & Regulatory Activity Report 2018 indicate there were 106 reported injuries. The U.S. BSEE (Bureau of Safety and Environmental Enforcement) reported a similar number of injuries in its most recent annual report for 2016, listing 151 recorded injuries and two fatalities. Although the number of injuries is trending downward – with recent incidents totaling less than half those reported in 2007 – there still are far too many. Accidents continue to happen, particularly in the red zone on the drill floor, where there is a greater likelihood of personnel and machine interaction.

The BSEE report states that because workers on the U.S. Outer Continental Shelf continue to interact with powerful equipment capable of extreme force as drilling extends into deeper water and farther offshore, the risk of injury “remains a constant concern” in a work environment where “dangerous activities are commonplace.”

Despite the inherent challenges of offshore operations, the BSEE report notes that progress is being made and points to technology as the primary driver for safety improvements. Greater precision and predictability and real-time monitoring are changing the face of working conditions offshore.

The offshore oil and gas industry is in the throes of a digital revolution. Everyone and everything is becoming connected. It is apparent that capitalizing on advances in digital technology and data analytics is leading to improvements, and that includes systems used to manage worker safety.

Specific safety improvements initiated by Seadrill, together with the Marsden Group, a Houston-based data science company, are targeting red zone management. Light Detection and Ranging (LiDar), advanced vision processing and integrated high-powered edge computing have come together in a system called Vision IQ, which improves visualization and personnel management on the drill floor.

The LiDar system provides up to 360-degree coverage on an area by emitting light and measuring the reflection to calculate distances accurate to a few millimeters. This generates sensor readings that are analyzed in real time, with algorithms identifying and tracking the location and movement of people and equipment.

Work in a lab at The Marsden Group allowed system developers to figure out how to use machine learning to track people in the red zone and to reliably distinguish between a person and something else, like equipment, which predominantly moves on fixed axes. When the Vison IQ system is deployed on the rig, it learns more about environment in which it is installed and becomes increasingly more adept at identifying potentially unsafe activity.

Vision IQ was installed for the first time on Seadrill’s West Neptune 6th generation drillship in 2018. The first step in the process took the form of a “site survey” carried out by experts from The Marsden Group, who physically assessed the drill floor on the West Neptune to determine the best placement for the heads – the housings for the LiDar and cameras. Once they identified the areas that would provide the best visualization, they marked the places where brackets would be used to hold the equipment in place and entrusted the drillship crew with running the necessary power cables to those locations.

While the engineers returned to shore to put together a materials list and a plan for installing the heads, the crew ran the cables in preparation for the installation. In all, three heads would be installed, one above the driller cabin and one at each end of the drill floor. Each one contained three cameras and one live LiDar output.

At the time of the installation, a crew of two installers and a programmer from The Marsden Group and a supervisor from Seadrill flew to the rig with the equipment. Once onboard, they immediately set to work, completing the physical installation in less than four hours thanks to the prework carried out by the onboard crew.

Because this was the first installation, the system was set to monitor red zone activity for 90 days. Data were collected and stored on the rig, then downloaded every 20-30 days. The data underwent analysis for continuing model development with the goal of executing a full-scale “go live” in March 2020, when the driller will begin using the system to its full capacity for real-time safety monitoring.

At that time, the driller, familiar with the user interface, will be able to set red zone parameters for different drilling activities so surveillance can be customized to offer the highest level of safety monitoring.

Because the Seadrill vessels have very similar designs, this process will be the foundation for standardizing subsequent Vision IQ system setups on additional assets and establishing associated policies and procedures that will establish a common operating philosophy. An identical process will be followed for the first three installations.

In all, Seadrill plans to install this system on 12 drillships, semisubmersibles and jackups over
the next year.

With the introduction of Vision IQ, the industry now has a safety system that uses advanced technology and engineering for the first time for red zone monitoring. A function that previously relied on procedures, processes and personnel for safety management can now be performed with state-of-the-art technology to create a safer work environment.

Through its partnership with The Marsden Group, Seadrill is pioneering technology development to address a serious issue and has committed to voluntarily sharing the technology behind Vision IQ with its peers to improve worker safety across the industry.

Headline photo courtesy of Seadrill – The ‘West Neptune’ 6th generation drillship was the first Seadrill asset to be outfitted with the Vision IQ safety system.

Iain Cracknell is the Director of Communications for Seadrill Limited. He is an Oil and Gas veteran with over 20 years’ experience in the industry having previously worked for TOTAL and Fina Inc.