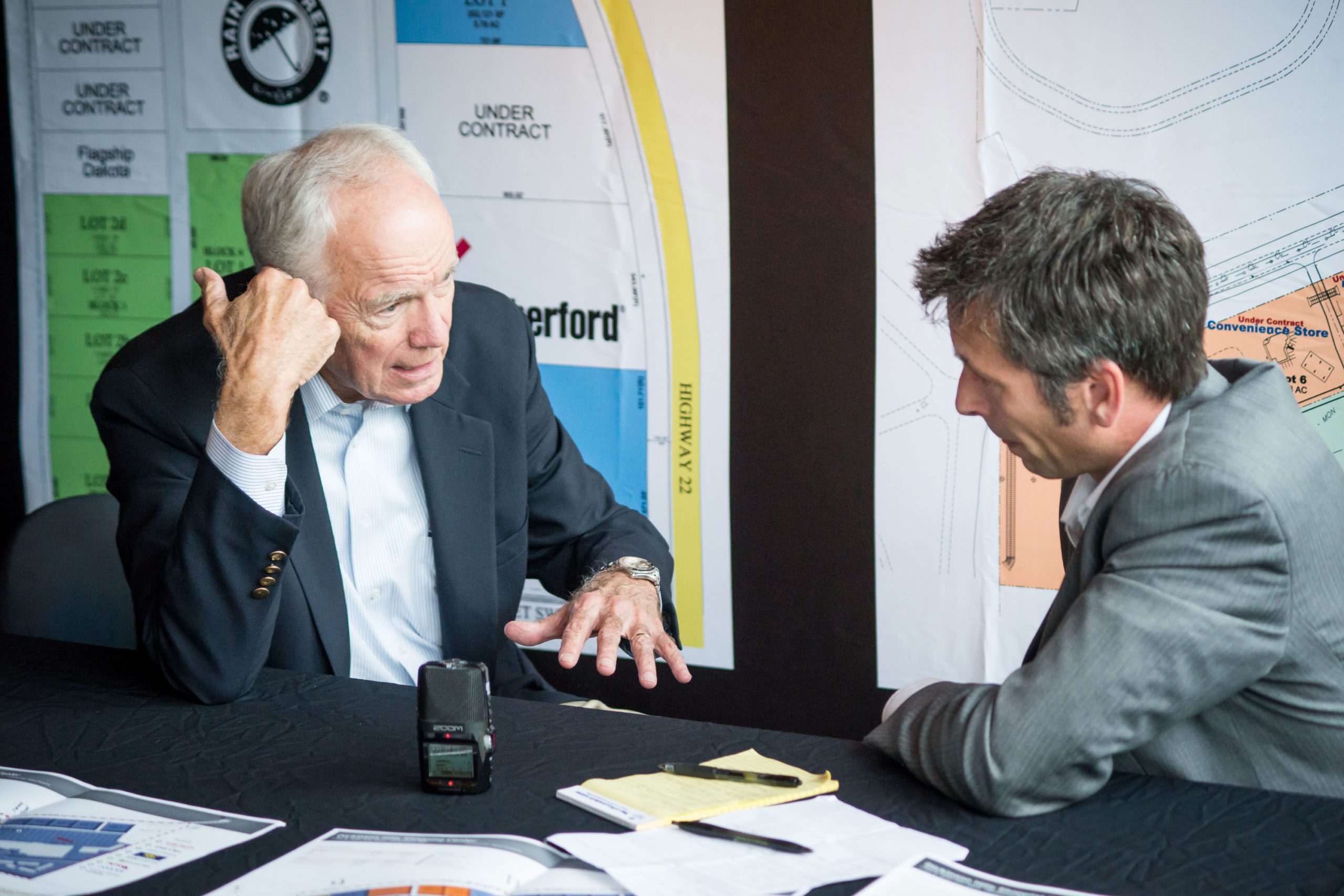 Stephen Robbins used only one word to describe his 2018 – growth.

Stephen and wife April Robbins own Royal Creek Consulting and do the bulk of their work in the Permian Basin, but are in a few other shale plays.

“One word to describe our 2018 would be growth,” Stephen said. “We are extremely blessed to be having the year that we’ve had.”

Royal Creek Consulting provides sales and business development services for service and supply companies in the oil and gas industry.

Stephen said their decision to focus on their customers and strengthening their relationship created a very positive environment for growth. The focus to detail and service opened opportunities which lead to organically adding new customers.

“Overall 2018 was a year of redemption, growth and an overall great year” Stephen said.

“About a year ago we had just 16 employees and at the end of this year we will have about 45 employees,” Black said. “We’ve more than doubled and almost tripled our workforce in the past year and we are really excited about the growth and opportunities.”

Creedence Energy Services, is an oil and gas acidizing and chemical service company based in Williston, North Dakota. Creedence has a full production chemical line ranging from H2S oil and gas scavenging to down hole chemistries.

Black said their focus is the Williston Basin (Bakken) but have recently been taking calls from the Permian Basin.

“There’s a demand for our services in the Permian Basin,” Black said. “That is an option that is on the table in 2019.”

Black added that they have already begun putting some of the “preliminary wheels in motion” for their transition into servicing multiple shale plays.

While some companies saw success in 2018, many did not and are ready for their turn in 2019. According to Dr. Loren Scott, last year was nothing short of a roller coaster ride, however the next year looks promising for drillers.

“I believe 2018 was the year of the roller coaster ride on prices,” Scott said. “We started out with a period where the oil prices were growing – steadily going up and steadily going up. Then we hit this past month or so where the prices not only dropped, they dropped a lot.”

“I think the industry having to deal with this roller coaster of prices has really been difficult and has marked the year,” Scott said.

Scott said another theme from 2018 was how the industry has increased their historic exporting of crude oil.

“It has been interesting to watch how the market has started to figure out ways to get some of this crude oil into the international market,” Scott said. “First of all you have to get it from the Bakken or West Texas to the coast where it can be put on large tankers to be exported.”

“The tricky thing once you get to the coast is how do you get it on large tankers, because most of the ports in the United States, with the exception of one, that’s the Louisiana Offshore Oil Port, cannot handle very large crude carriers.”

Scott said the big question for 2019 is “where are prices going next?”

“I really think, ultimately, oil prices are going to go back up into the 70’s,” Scott said. “And the reason for that is because the Saudis and the Russians are just losing too much money at these prices.”

Scott added the completion of processing plants and pipeline projects will dictate quite a bit for the energy industry too.

Joe Dancy, Oil & Gas, Natural Resources, and Energy Center, University of Oklahoma College of Law, recently attended an executive energy panel of speakers to bring professionals up to speed on what is currently happening in energy and where it is heading. He agrees with Scott on 2019 and sees more of a gradual increase for the energy economy over the next year.

“The consensus from the panel of speakers was that the drilling activity wasn’t going to be as robust as some people said or thought three or four months ago,” Dancy said.

Dancy has published more than seventy papers on the oil and gas industry, written five textbooks on the energy or environmental sector, and has been cited as legal authority in more than sixty articles, institutes, published case decisions, and treatises. He has also contributed dozens of columns to numerous newspapers and industry magazines and presented as a speaker at numerous academic and industry conferences.

According to Dancy the revised Raymond James Report has lowered their price forecast for the beginning of next year but ramped it up for the end of 2019 as well as 2020.

“The drilling activity will slow down and that will mean that supply growth is not going to be anywhere near as robust as they thought it would be,” Dancy said. “As you know it doesn’t matter if you are in the Bakken, the Permian or the Eagle Ford, the decline rate on these wells are massive compared to a conventional well.”

Dancy continued explaining that the drill speeds and quantities will balance out the market.

“That’s what Raymond James and Spears and Associates are saying,” Dancy said. “The market is going to balance and quite frankly from July on forward of next year, you are going to see prices much healthier than what they had forecasted.”

Photos courtesy of The Crude Life