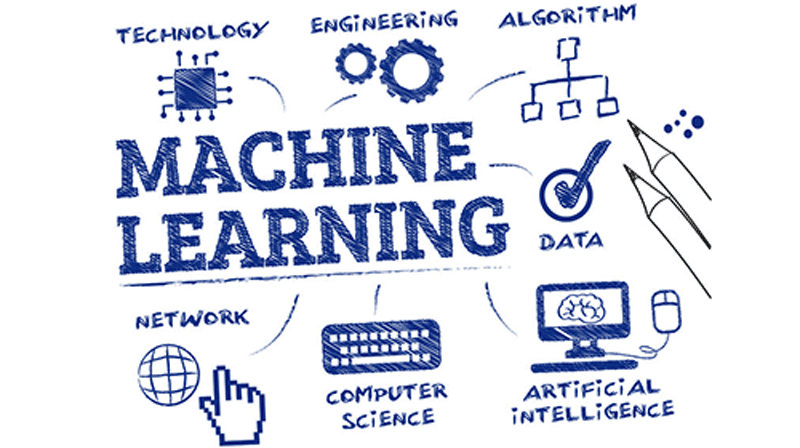 What Exactly is Machine Learning & AI?

Machine learning and AI allow computers to assess large volumes of data and make decisions to solve problems in a manner that is similar to how the human brain does it. However, it is done more efficiently and without tiring. Both AI and machine learning are designed in such a way that they can learn and improve as new data is provided. Therefore, it continually gets better at forecasting outcomes based on new data, without new programming.

A computer having the ability to assess and solve a problem may sound like something from a science fiction movie, which is the case for general AI rather than applied AI. General AI possesses the characteristics of human intelligence, including natural language processing, ability to plan, recognize objects and reason. While some are still trying to develop general AI, most of the AI applications today focus on applied AI. Applied AI is a form of AI that replicates some form(s) of human intelligence for a dedicated purpose, and that dedicated purpose could be solving a specific problem for an oil and gas exploration and production company.

All problems are not created equal, which provides a unique opportunity for the oil and gas industry. Some business models have a dependency on human emotion, meaning that solving problems must consider the potential paths of emotional reactions. Human emotion remains the one variable in modeling that is very difficult, if not impossible, to accurately predict. However, outside of some aspects of trading activities, oil and gas companies have numerous other challenges and problems to solve that are not as reliant on human emotion. This is a driving factor behind why almost every energy supermajor and large public exploration and production company is making significant investments in AI. Some estimate that the oil and gas investment for AI will reach $3 billion by 2022.

Some of these investments are focused on back-office accounting and finance activities; however, the majority of the investment has been in operations, since the return on investment potential is higher. In the exploration and production space, it can be challenging making sense of extensive amounts of data for valve positions, pump speeds, pressures at different places in the system, temperatures and flow rates, etc. Decision-makers reviewing the data might be using it in a simplified manner or not at all. AI allows companies to review the data in a shorter amount of time, discover patterns that likely were not previously observable and determine the best course of action.

The potential applications for exploration and production companies seem limitless. The International Energy Agency estimates widespread use of digital technologies could increase oil and gas reserves by about five percent and reduce production costs by 10 percent to 20 percent. AI and machine learning can allow companies to optimize well design, drilling and completion and even use machines to carry out dangerous tasks on an unmanned basis. It can improve oil and gas production rates and lower lifting costs. With advances in machine learning and AI, tools can now be used to troubleshoot underperforming wells, enhance reservoir modeling and carry out preventative maintenance before problems arise.

Shale resource development is an excellent laboratory for AI and machine learning given its high intensity of repeatable activities and its much shorter investment cycle. The applications of AI and machine learning have the ability to further drive down shale resource finding and development costs allowing shale resources to remain highly competitive in the global energy market. Some beta tests in drilling programs are noting better results with AI than with 40-year veteran geologist and petroleum engineers.

Making asset acquisitions can be a time-consuming and challenging process. Publicly available court records, land data and production information can now be reviewed in a manner previously not considered possible. Residential real estate companies are already utilizing AI in a similar manner to review vast amounts of court records and listing information to identify optimal acquisitions. AI will soon be utilized by energy companies to identify optimal locations by considering interactions with existing nearby wells and other factors.

In conclusion, early adopters of AI will likely develop a significant competitive advantage, and the adoption rate of new technology is exponentially faster than it was a few decades ago. Mainstream adoption of these new technologies is expected in the next three to five years. Companies will soon experience significant efficiencies that will translate into competitive advantages. It is likely time to consider how your company could begin to harness these technologies to remain competitive. 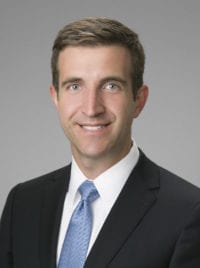 As a Managing Director at Opportune, Shane assists companies and financial institutions throughout North America, South America, Europe and Asia-Pacific in their understanding of what is possible as they deal with the challenges of implementing risk management programs and highly technical accounting pronouncements. Shane oversees the risk management, derivatives, stock-based compensation and complex securities service offerings of Opportune. He assists clients with the entire risk management life cycle, including strategy, execution, compliance, valuation and hedge accounting. He has undergraduate and graduate degrees in accounting from Oklahoma State University. He is also a member of the American Institute of Certified Public Accountants.

Jim McBride has over 30 years of petroleum engineering and energy finance experience. Having begun his career as a petroleum engineer, Jim has led the upstream and midstream energy banking practices for a number of firms, including Capital One Bank, Royal Bank of Scotland, Bank of America and Texas Commerce Bank (now JPMorgan). He also has served as a Managing Director at Opportune and, after that, served as Executive Vice President Corporate Development at QStar LLC. In 2014, Jim founded JR McBride & Company, a privately-owned company based in Houston that advises and invests in the energy industry. He currently serves as a Board Member of the Independent Petroleum Association of America (IPAA) and on the Loyola University of New Orleans Board of Trustees.