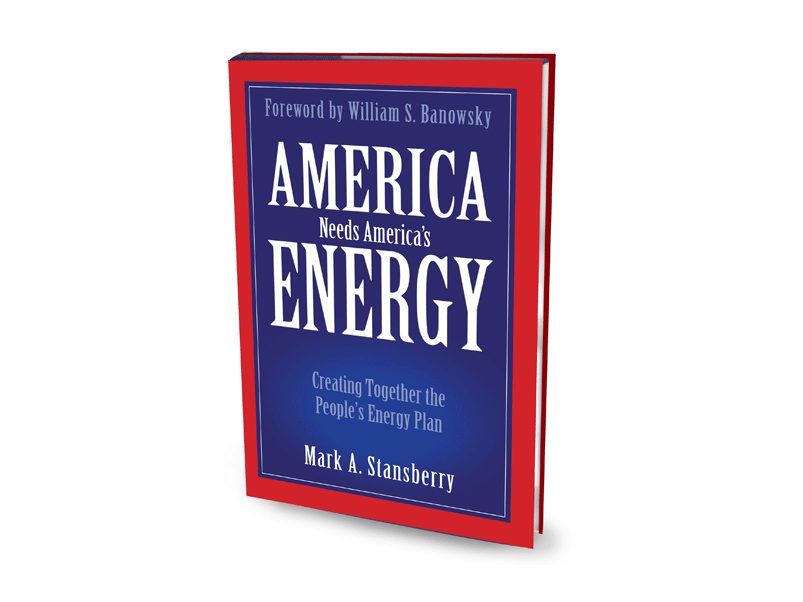 Many thanks to many of you for your support and encouragement!

My book, “America Needs America’s Energy: Creating Together the People’s Energy Plan” has reached out to many “outside the energy industry” audiences throughout the U.S. It was named as one of 10 finalists under the category of political science for Book of the Year Awards by Foreword Reviews, American Library Association’s Annual Conference; Beverly Hills Book Award winner; USA Best Book Award finalist; National Indie Excellence Award winner; and the Global Ebook Bronze Award.

The message is clear: “Future generations are depending on us to keep the American dream alive. We must drive the process, evaluating how we can best leverage our natural resources here at home to ensure long-term energy independence and security.”

So the dialogue continues and the U.S. still does not have a strategic plan. From President Nixon in the ’70s to President Obama, we have been told time and again that an energy policy is in the works and a national energy plan is on the way. Instead, we seem to have more regulations and more legislation.

For the first 30 years of my 38 years in the energy industry, very little serious attention was paid by the media or governmental officials to energy policies and issues. Today, the media is covering energy issues daily, if not hourly and to the minute, but still no plan.

During the past three years, the Energy Advocates and my energy education efforts have included interviews aired on over 150 radio stations, weekly newspaper columns, weekly radio show, interviews on numerous media outlets, speaking engagements including before high school and college audiences, and rallying the energy industry at events including the National Association of Royalty Owners National Convention, Shreveport Wildcatters Association, San Antonio Wildcatters Association and many other events.

One year from this November, our nation will be having important elections that will impact our country’s energy future. Who are the leaders we can elect to shape our energy future?

Pro-energy means pro-economic growth and pro-jobs! By turning to our natural resources we have long depended on as well as new technologies, innovation, and the enduring American spirit, much can be achieved.

Since I entered the energy business in 1977, the industry has continually been forced to defend itself.  For example, 30 years ago, in 1985, I testified before the U.S. Senate and Natural Resources Committee in a 43-page report on the potentially devastating effects that proposed regulations would have on the oil and gas industry, in terms of job loss, and reductions in drilling expenditures, at a time when the vital industry most needed support. Today, we are confronted with similar challenges.

It is time to tell our story. American oil and gas companies have a history of being major contributors to their communities by providing funds for local schools, universities, hospitals and charities, for example.  The American people need to rally behind these companies and recognize the essential role they play in powering our lives 24/7 at home and work.