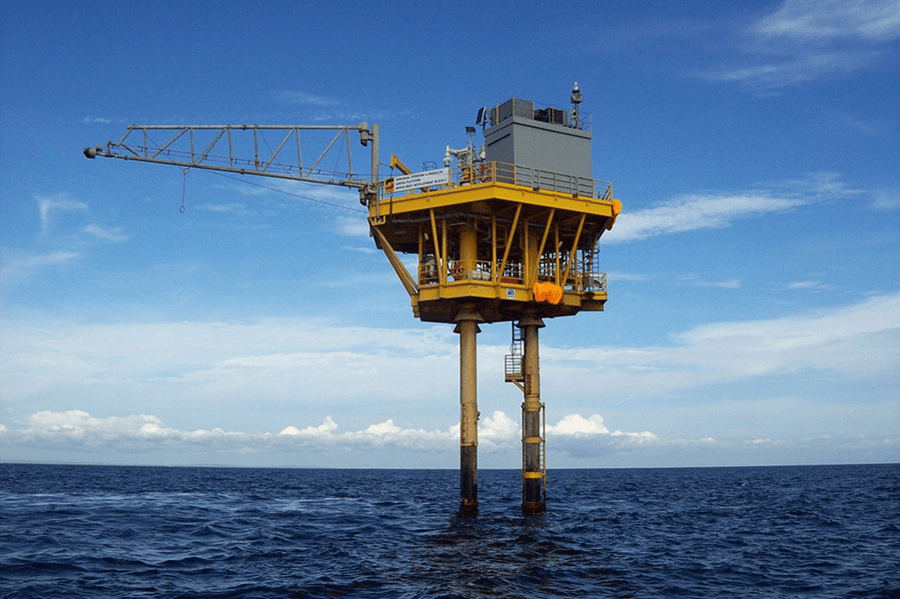 From Malaysia and Singapore to new frontiers like Myanmar, firms are looking for ways to reach first gas efficiently and cost-effectively in the face of significant challenges. Stewart Maxwell of Aquaterra Energy looks at the fundamental issues facing these potential operators, and asks whether new ways of thinking about offshore platform design can increase the number of viable projects in the region.

Gas demand is on the rise. In 2018, global demand grew by nearly five percent, driven largely by Asia. This growth is set to continue for the next five years and more according to the IEA. In China alone demand for gas increased by almost 18 percent, as Beijing pursues its goal of improving local air quality and cutting pollution.

The fact that China’s gas demand is in part driven by environmental concerns is indicative of a much broader trend. Government commitments to carbon reduction and greater public awareness are contributing to this growing demand – whether it is for residential use (a key part of China’s strategy), power generation, or to meet industrial demand for electricity and chemical feedstocks.

The gas market in South East Asia, and elsewhere, is expanding because it can: the challenges surrounding transportation and logistics that have traditionally favored oil over gas, have found solutions – albeit limited ones. LNG plants have transformed the economics of gas by making it far more transportable, as evidenced by Australia’s mega production facilities and Japan’s extensive liquification and regassification plants. Although not yet mainstream, compression technology offers the potential, at least, for another effective cost-efficient transportation of gas.

The Cost of First Gas

However, none of this disguises the fact that developing new gas fields remains complex and expensive in its current form. Consider Thailand: its thriving onshore and near-shore gas production is primarily driven by the requirements of onshore power generation, where it fuels 65 percent of the electricity generation. It is easier to distribute electricity to the point of consumption than it is to send the gas inland down lengthy pipelines.

It is not just electricity that is easier to distribute. Oil is still the main competitor for the growing gas market, not least because transporting oil in a barrel is more straightforward than moving gas. LNG, compression, or laying pipeline for gas distribution all require significant outlay and can incur more indirect costs. For example, not every vessel is able to carry LNG or compressed gas and not every shipping lane or port is open to ships with these cargos. This changes journey times, transport costs, boil-off rates, bunker fuel needs and the associated financial calculations.

Unless producers are sitting very close to existing infrastructure in the form of platforms and existing pipelines, it can simply take longer to produce gas than oil in the same waters. Whereas oil producers can have a platform offloading first oil to a tanker within a year, that’s just not as feasible with first gas.

The financial risks with gas are compounded by uncertainty about the end product. It is straightforward to find a buyer for sweet dry gas, and charge a premium for it, but if the output is sour, it will come with smaller profits and far greater processing requirements. Scrubbing carbon dioxide and hydrogen sulfide can rapidly eat into margins.

The costs to first gas and the financial risks of securing it are therefore substantial, and many of these infrastructure costs are all but impossible to eliminate safely. So much so, that transmittal costs have been the breaking point for numerous proposed gas developments in South East Asia and elsewhere.

These financial risks have mostly shaped the industry to date. Once up and running, offshore gas platforms can be unmanned, and can need comparatively little operational intervention and resource in comparison to oil platforms. But getting to that point can be prohibitively expensive, with development costs alone running into tens of millions of dollars.

The result is the domination of large consortia developing mega fields. Although these projects have done much to enable gas market growth, they also have a distorting effect.

The economics of “big gas” tends to favor “big power-gen,” which leaves smaller producers, smaller generating plants and smaller industrial users out of the loop. A single methanol producer looking to optimize gas supply through its infrastructure may find itself cut out of preferential arrangements, for example.

Potential customers like these either need to find smaller operators to supply their needs or cease to be customers completely and become small producers in their own right.

Here we come back to environmental drivers. Smaller, localized generation fits into the more distributed power model that the electricity industry believes will reduce carbon emissions while ensuring security of supply. What’s more, the geography and population distribution in many countries in South East Asia lends itself to smaller power generation.

A Flexible, Modular, and Intelligent Approach

There is a diverse potential gas market in South East Asia that is currently not well served. To fill this gap, however, potential producers need to:

Flexibility is therefore key. Potential producers can certainly make marginal cost reductions by adjusting pipeline lays and other similar modifications. These can shave a million dollars or two off final costs. But that’s not enough of a game-changer when budgets can reach 100 million dollars. And if CAPEX for pipelines and transport cannot be safely reduced, it is time to look elsewhere to eliminate unnecessary costs.

Traditional offshore platforms – inflexible and monolithic in design – do not lend themselves to this diverse kind of market. But modular, conductor-supported platforms, such as our Sea Swift platform, do.

These modern offshore platforms do more than shave costs here and there. Deploying tried and tested technologies, they offer a degree of agility that leads to significant cost efficiencies which can fundamentally alter the financial dynamics of first-gas production.

Smaller producers around the world are already using this approach to flip previously perceived unprofitable developments into commercially viable projects. Intelligent flexible designs are ideal for South East Asia, where mature markets like Indonesia – home to some of the world’s earliest oil exploration – co-exist with industrial powerhouses like China and Japan, and emerging countries like Cambodia.

The reality is that if gas is to be the fuel of the future, traditional thinking is not going to deliver. The region has huge reserves of history, expertise, and experience to draw on. The key to success will be calling on this capability and combining it with forward-looking offshore platform design. That way, the region’s other great reserve – its vast gas supply – can make a sustainable contribution to its economic growth.

As a member of Aquaterra Energy’s Executive team Stewart is responsible for driving technical innovations across all parts of the business, as well as the Offshore Structure products within Aquaterra Energy. He has held positions in Asia Pacific and the UK throughout his career and has been involved with the analysis, design, engineering and installation of riser and conductor systems (shallow and deep water), minimum facilities platforms, bespoke offshore engineering and offshore problem solving. Before joining Aquaterra Energy, Stewart spent 13 years with the Acteon Group of companies, in various positions including Regional Director – Asia Pacific and Global Manager – Conductor Systems.  He has also worked at Nio Petroleum and Enquest, as well as establishing his own engineering consultancy in riser and conductor analysis, well integrity and project management.