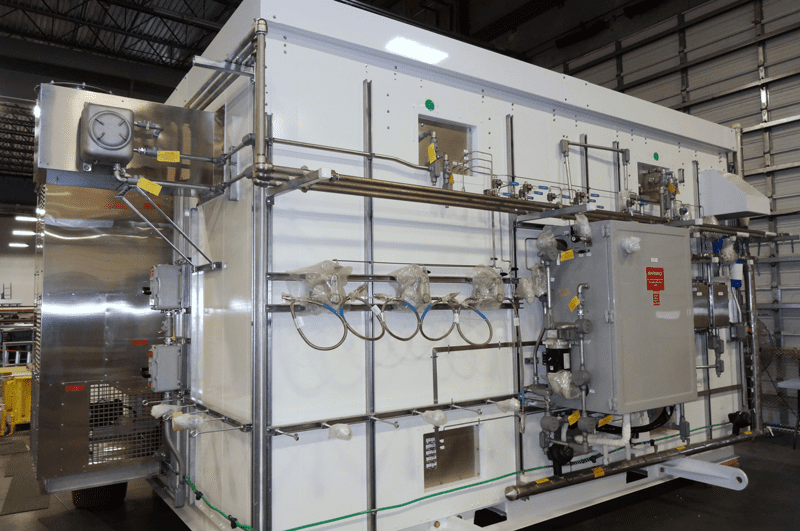 OILMAN Magazine had a chance to catch up with Bill Coskey CEO of ENGlobal, a speciality engineering services company that focuses on oil and gas automation solutions, subsea control systems and construction and engineering; essentially, their lines of business cover all three streams of the oil and gas industry: downstream, midstream and upstream.

ENGlobal experienced some difficult times after Bill entered retirement between 2010 and 2012.

One of the biggest changes that occurred during Bill’s retirement period is that the industry suffered two precipitous drops in commodity prices and activity during the last 10 years.

When I left the company, spending within the energy industry was depressed and still negatively impacted by the “great recession” of late 2008 and early 2009. By the time I returned, the market for our services had slowly recovered, and this recovery lasted until late 2014.

Unfortunately, during this recovery, our company was mainly focused on managing through financial difficulties and raising cash to solve liquidity issues and thus we did not benefit to a large degree from the recovery during the first two plus years. Then after we had solved some internal issues of our own making, our industry went into the cyclical downturn of late 2014 through 2016.

Bill came back to take back the helm of his company to steer it in a better direction. He reiterated, “I returned to run ENGlobal mainly out of concern for our people and to preserve their jobs, and to a lesser extent, out of a great sense of pride for the Company I had founded.”

The company downturn was due, in part, to having suffered with the implementation of “larger company” structure, policies and practices. Despite the good intentions of this shift in size and management, the large-company management changes with an added extra overhead structure did not produce any significant additional revenue or profit. “I also believe that the lack cash forecasting during that time, together with difficulties we encountered with a new banking relationship, sent us into a downward spiral and liquidity squeeze that we eventually recovered from,” he said. ENGlobal was able to get out of their hard financial position by selling off three of their operations to pay off debt and put some cash in the bank. This was the first thing they did in 2012. While a critical move to save the business, the large sell off left ENGlobal in a position where they became short staffed to support the “large scale” operations the firm ventured into years back.

ENGlobal’s automation integration facility, 80,000 square-feet, is located in Houston. The company engineers, designs and integrates systems for clients’ individual requirements that incorporates all of the instrumentation and electrical power functions of an energy related facility. The modular packaged systems include electric power houses, control buildings, and on-line process analytical systems and enclosures.

Bill describes the way the modular units are produced by saying that “We have two “factories.” One is a 10 acre mechanical fabrication/shop facility in Henderson, Texas which per-forms structural/pipe fabrication and welding.” He continues, “the type of modular systems we produce in Henderson will take from two weeks to three months to produce depending on the complexity. All the modules we produce are transported to the job site over the road and are thus ‘truckable.’” A typical module produced by the company is 10-12 feet wide by 40-50 feet long, made up of structural steel, piping, vessels and other types of equipment.

Automation Key to Growth and Expansion

It has been said many times before, and it will be said many times after, but automation is key to the success and growth of many companies in the modern era of information technology. Automation provides better efficiency and improved safety. Furthermore, all facilities can be monitored and controlled at a single location by use of electronic control systems.

Bill went on to further illustrate the above with an example from his company, “Facilities which in the past were ‘manned’ are now remotely operated. Data and alarms generated from the local operation are continuously analyzed which leads to greatly improved safety. The operating data can also be used to optimize each process, which leads to a more efficient and economical operations.” Following these practices leads to a significant increase in profit and production. Bill went on to state that going forward, “Our mission is to more than double our revenue over three years while keeping overhead at a constant level. We have put the pieces of this puzzle together and are excited about the early results from our new strategy.”

Digital oilfields have grown in number, which, in turn has led to an increase in investments and productivity. Automation has proved to be a cost saving investment for the oil and gas industry, because it used to improve many of the processes in the industry. In conjunction with big data, the investment and implementation in the oil and gas industry has grown substantially. ENGlobal is looking to capitalize on this opportunity to take the company higher.