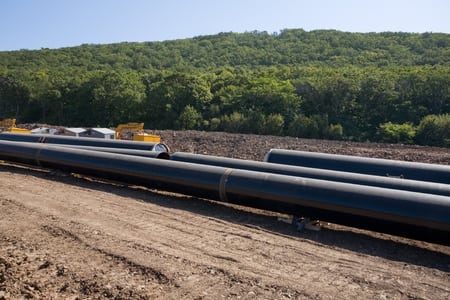 The Bayou Bridge Pipeline expansion in Louisiana will have a significant economic benefit for the state, according to one group’s report on the matter. The expansion will enable an existing crude oil pipeline to transfer multiple grades of oil from Lake Charles, La., to St. James, La.

The LSU Center for Energy studies commissioned the report at the behest of Energy Transfer, the firm in charge of developing the pipeline, to estimate the economic benefits of the project. According to the report, the 162-mile pipeline will require a $488 million capital investment, $471 million of which will be directly tied to the state of Louisiana. There will be an estimated 4,000 new jobs and $400 million in wages generated by the project in 2017.

The report notes that the construction phase of the pipeline’s expansion is expected to produce an estimated $820 in economic benefits for Louisiana. There will also be a $2 million increase in Louisiana’s economic output from the annual operations of the pipeline. The project is expected to increase the amount of domestic, high-quality crude that will reach Louisiana refineries, thereby negating the need to import crude oil from foreign nations.

Professor David Dismukes, the overseer of the report and CES executive director, had this to say about the project: “The Bayou Bridge Pipeline will help expand Louisiana’s energy economy by creating jobs and leveraging existing in-state energy infrastructure such as refineries, processing, and storage assets,” he said. “When completed, the pipeline will further diversify Louisiana’s crude oil supplies and provide new growth in both the immediate and long terms.”

The economic benefits of pipelines are sometimes overlooked due to the environmental concerns which are attributed to the transportation of oil. Pipelines throughout the U.S. have garnered quite a bit of negative attention and opposition due to worries about potential oil spills. The Bayou Bridge Pipeline project is no different, and many groups have been protesting the project and requesting more intensive reviews of the environmental impact of the pipeline.

The project still requires the approval of several regulatory agencies, such as the U.S. Army Corp of Engineers, and the construction will not be able to proceed until then. However, given the recent actions and rhetoric flowing from the White House surrounding existing pipeline construction, as seen in the case of the Dakota Access Pipeline, it would seem likely that the plans to expand the Bayou Bridge Pipeline will be approved.