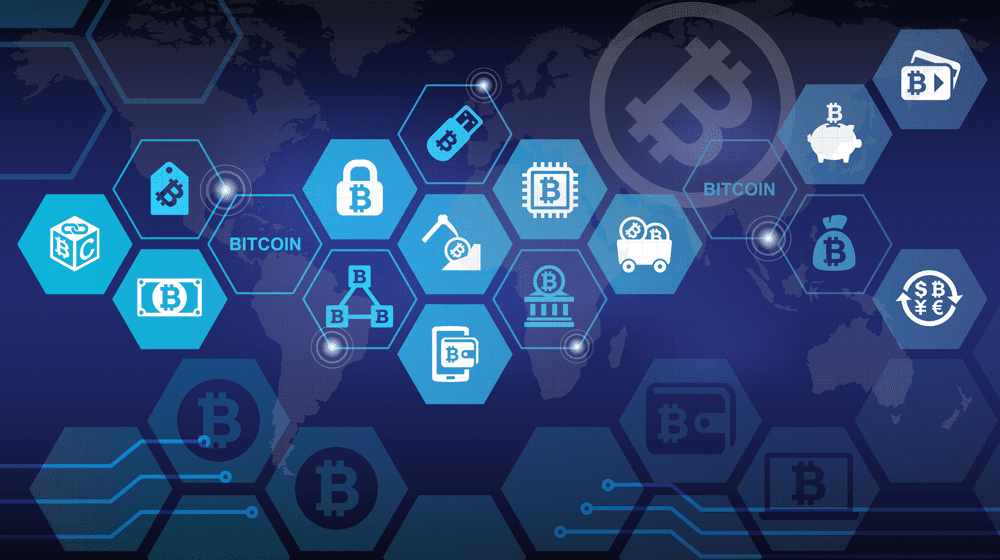 Blockchain, cryptocurrency, Bitcoin, these are all the words that have been buzzing around since this time last year. Bitcoin was on a meteoric rise unlike any investment ever seen before. Since this there have been more than 2,000 companies that have appeared and are riding the blockchain wave on the pretense of ICO (Initial Coin Offering) fame. Most of these companies have done well at raising money and attracting attention, but after the ICO comes the token crash and value disappears. While many companies follow this pattern, not all of them do, some offer actual blockchain-based solutions without all the hype, the ICOs and the let down when the token price inevitably crashes.

OILMAN Magazine had the opportunity to speak with the President and CEO James Graham of GuildOne, a Calgary-based blockchain company working in the oil and gas industry to provide new, emerging technologies such as blockchain, machine learning, and artificial intelligence. On top of developing blockchain-based solutions for the oil and gas industry, the company is working with First Nations to develop a more efficient royalty payment system, called Thunderbird Consensus.

From the ground up, platforms matter

In the blockchain and crypto world, choosing the right platform is an important part of building a quality blockchain. Graham gave a detailed description of the platform and technologies that his company is using.

We built our EBX blockchain business network on R3’s Corda blockchain platform using Amazon Web Services (AWS). Corda was designed for use in finance and banking and so meets the highest standards of one of the most complex and highly regulated industries in the world. Knowing the strict standards R3 used to build its platform was a key differentiator for us when we chose a platform upon which to build the Royalty Ledger. R3 and AWS have both since become valued partners as we move forward with our blockchain research and applications.

Current projects include the Hydrocarbon Measurement Ledger, which is exploring the use of blockchain to exchange value at custody transfer points. The project includes committing the IoT (Internet of Things) device level measurements to a distributed ledger – and using these measurements to calculate the flow of hydrocarbon volumes through the system. As counterparties commit to shared contract terms and shared source data for measurement and flow calculation, new “frictionless” models of hydrocarbon accounting emerge. As stakeholders acquire and spend ledger positions the opportunity to transact the native asset value – i.e., settling accounts via exchanging ledger positions rather than fiat cash mechanisms.

The solution offers a more transparent and shareable view of the assets currently residing within and through a production system. This offers great improvement to processes involved in the financial valuation and potential performance yield(s) of the system.

In Canada, the First Nations People receive royalties paid by oil and gas companies operating on their lands. However, ensuring that these royalty payments are transparent and honored has been a sore point in the relationships between the Government of Canada, oil and gas operators, and the Indigenous peoples. Graham stated that “Using blockchain technologies, funds due to Indigenous groups can be distributed immediately upon the production of resources or the use of infrastructure. Distribution would be tightly documented and verified to the satisfaction of all parties.”

This would be a major benefit to the First Nations to ensure that they are paid the correct amount on time. “Further,” continued Graham, “Varying and changing interpretations of contracts between Indigenous groups and governments has been a source of difficulty over our history. But blockchain and smart contracts require very precise language and interpretations.”

Placing agreements like this on the blockchain would be beneficial to both parties and it would help to close the wound of mistrust.

Breaking out of the “Crypto Mold”

As a final and most telling question OILMAN had for GuildOne about how it sees itself and wants others to see it during these times of the “Wild West” in the crypto sphere. OILMAN asked if GuildOne conciders itself a “crypto company” or a company more geared towards fintech and securities in a traditional sense, but implementing new digital platforms.

Graham answered, “At this point, we consider ourselves more the latter, in that we are applying blockchain technologies – distributed ledgers, smart contracts, artificial intelligence and machine learning – through our Royalty Ledger application to conventional processes in an established sector, oil and gas. We believe that applying these new technologies has the potential to radically transform these processes.”

Here he has dispelled the idea that his company is another fly-by-night crypto company that so much of the cryptoshpere has become over the past year.

He continued on about the benefits that blockchain brings to the oil and gas industry: “This will be done specifically by automating value exchange over our EBX business network through smart contracts, so that payment is triggered nearly instantaneously upon fulfillment of contractually-agreed upon terms. It will also be done through distributed ledgers (specifically, Royalty Ledger), which have the potential to eliminate traditional causes of frequent and costly delays due to a) disputes over data and b) differing interpretations of contractual terms.”

Agreeing on and encoding appropriate smart contracts would require:

GuildOne is a pioneering technology company that has for more than twenty years provided advanced data solutions and business intelligence to oil and gas companies, so they can better understand and use data to enhance business performance.