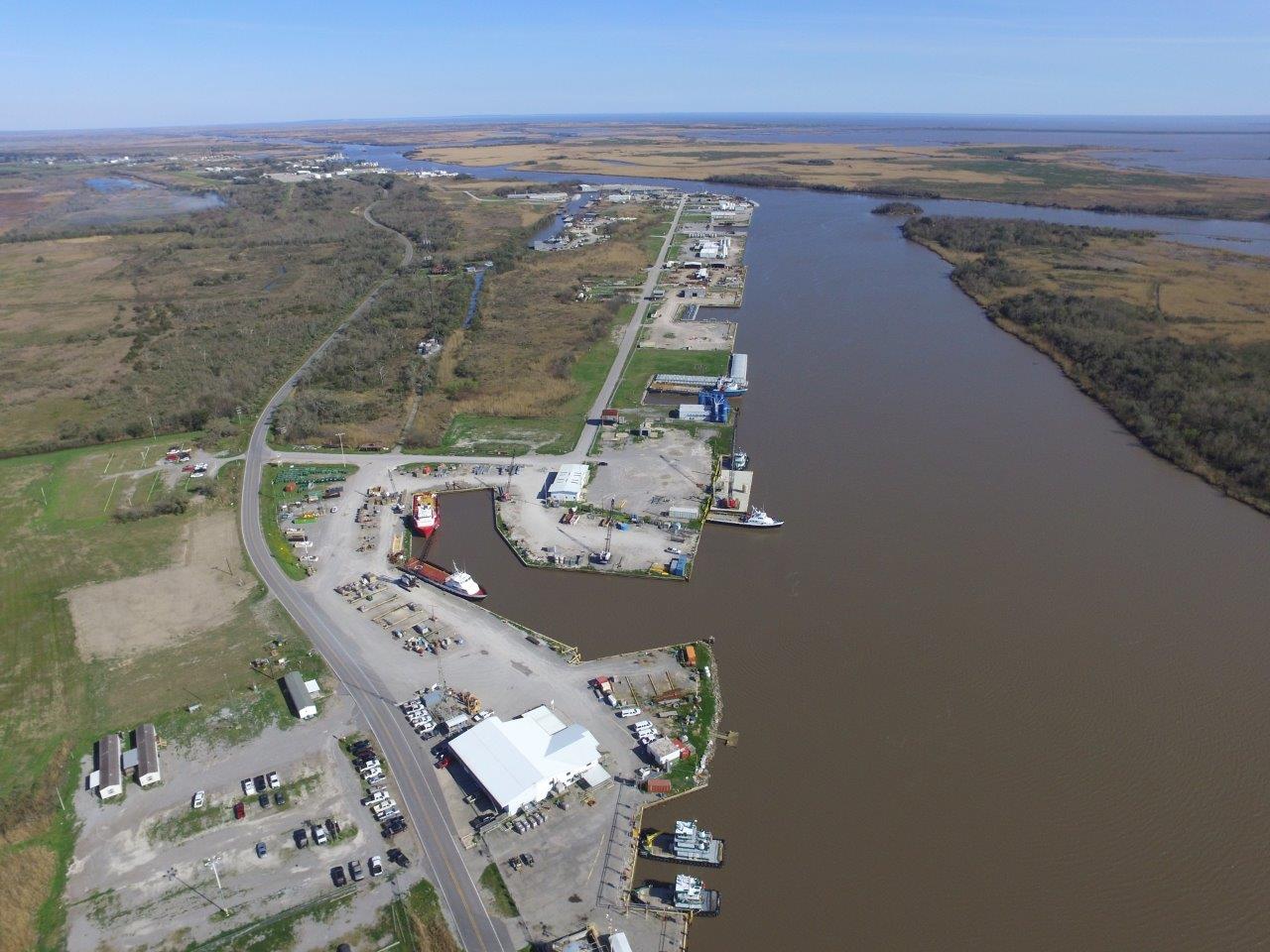 Noe Raywood Broussard, better known as N. R. or “Pedo” was born in Pecan Island, Louisiana in 1921.  He completed high school then joined the Navy in 1942. By the time he left the Navy in 1946 he had risen from recruit to first class petty officer. After returning to Louisiana, N. R. and his brother originated a tugboat business known as Broussard Brother’s Boat Service in Chalmette, Louisiana.

In 1959, Mr. Broussard moved his family back to Vermilion Parish to a low lying area at the end of a small village known as Intracoastal City.  Together with his brothers John Huey Broussard and Joseph L. Broussard, they developed the Broussard Brothers Boat business in Intracoastal City with a vision of developing a facility to better meet the growing needs of the oil industry. “There was absolutely nothing when we first came to Intracoastal City. A lot of people thought I was more than a little crazy,” says N.R. Broussard.

This saying influenced the motto “Everybody works.” At first, the brothers rolled pipe all day, then went into the office to do paperwork. When the children were old enough to be out by their side, they were taught the business. The girls worked in the office during summer break alongside their mother.

Today, a family approach to business is becoming rare, especially one that has been successful for 70 years and touched so many lives.

Culture is an important part of South Louisiana and everyone has a part to play. The role of Broussard Brothers in the developing oilfield industry in Vermilion Parish created an environment for new jobs, allowing people to make a good living locally. Broussard Brothers helped keep families together, a significant element to preserving the local culture. The jobs have sustained generations of families working in the company. Father and son often work side by side. Today, the 5th generation of some of these families are taking a role in sustaining the company, contributing considerably to keeping the Cajun Culture in Vermilion Parish alive and well. The company also still employees up to 4 generations of the Broussard family.

Being in business for 70 years has come with its challenges.

The company struggled in the 80’s bust, but due to its prudent financial practices, incredible work ethic, and service built on a handshake the company came through it stronger.  “All of our equipment was paid for,” said Broussard. “If not for that, it would have been a lot tougher.”

In today’s challenging industry, as before, Broussard Brothers is forced to make difficult cuts to their operating costs, while still trying to protect its most valuable asset: their employees. The magnitude of these burdens are multiplied today due to the increased size of the company. More employees and families depend on its success. Thankfully, there are signs that the industry is beginning to slowly turn around.

Over the years, the brothers recognized their success would be directly tied to meeting the needs of its customers. With this in mind, they expanded their six acre low lying marshland area where they initiated Broussard Brothers, Inc. in Vermilion Parish to a commercial development containing over a mile of well-developed waterfront property.  The business includes tugs, barges and crew boat rentals, as well as oilfield and pipeline construction services.

Today, the company has grown into one of the gulf coast’s premier oilfield service and construction companies.

The ever changing marine construction and towing environment presents many challenges. The company has grown and changed with the times and has consistently upgraded equipment, and trained and developed an experienced workforce to meet those demands head on.

Broussard Brothers’ contribution to the business industry of Southwest Louisiana developed into a multifaceted expansion of specialized marine fabrication, construction, blasting and painting, land and offshore crews and dock side services which ran primarily under the sister corporation known as Acadian Contractors. Together, the businesses provided jobs to over 700 employees.

Broussard Brothers, Inc. still operates out of their original Intracoastal City docks, although the flooding of hurricane Rita drove the business office to Abbeville. N. R. Broussard, nearly 96 years old, still goes into the business office daily and frequently attends company operations meetings at the Intracoastal City location. The staff he has assembled to run the company often relies on his wealth of knowledge and experience to better serve customers and to keep Broussard Brothers a leader in the oilfield service industry.

Broussard Brothers, Inc. is located in Abbeville, Louisiana, and can be reached at 337-893-5303, or at www.broussardbrothers.com.