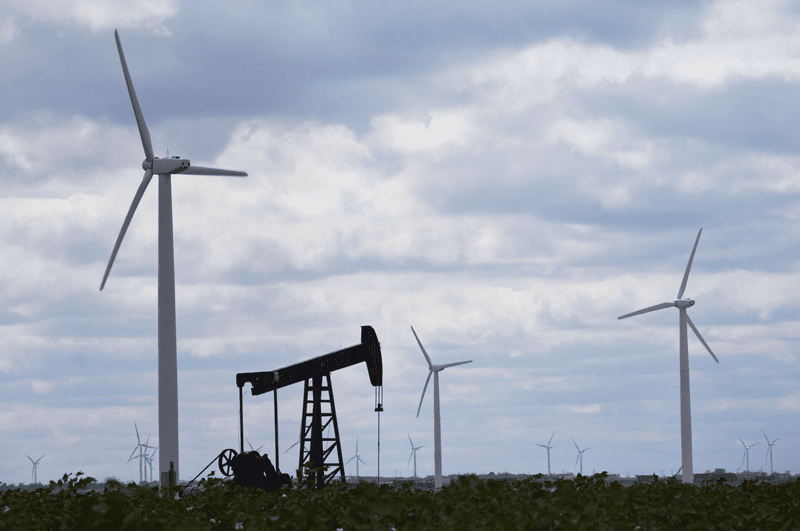 The fact that oil and gas companies around the world are struggling to come up with the right strategy for the near and medium future is no surprise. Uncertainties associated with the energy transition (more strongly felt in Europe than in North America) are testing the reaction capabilities of many large companies. Growing concerns about climate change by different stakeholders (not least from the general public and investing entities) add to other boundary constraints such as volatile oil prices, lower-for-longer gas prices (particularly in North America), and emission restrictions associated with the fulfillment of the Paris Agreement. Add decreasing worldwide economic activity due to recent trade disputes with downward effects on oil and gas prices, and new geopolitical risks associated with brasher attitudes from several governments, and it will give any observer a pretty good idea of the amount of moving parts in the current energy world. In Canada, these uncertainties are further compounded by export restrictions associated with a lack of export facilities, a problem that has been dragging on for many years. This whole situation is far from “business as usual,” and devising a 10-year strategy in such an environment is quite risky; in fact, companies should leave ample room in their strategies to be able to change course as required, given the existing uncertainties.

With the goal of becoming more profitable in these turbulent times, Canadian oil and gas companies (and probably other countries too) should have present the following aspects:

Upstream Canadian companies have significantly contributed to the gas boom through the development of unconventional assets. Canadian technical expertise is certainly behind much of the recent unlocking of significant oil and gas resources in both unconventional plays and oil sands. However, in times of low prices, more needs to be done, particularly in areas where capital is mostly spent and where production can be maximized.

New alliances between operators and service companies need to be explored, with the goal of continuously reducing the drilling costs through innovation and lessons learnt, promotion of best practices, and eventually new formulas of shared benefits between operators and service companies. The traditional approach of tying-up with the lowest-cost service provider is exhausted, and new contracts that promote innovation while keeping costs reduced are possible. On the more technical side, replacing single horizontals with multilateral wells where possible should be considered, as this is already the case in other areas of North America. This is a proven existing technology that reduces drilling costs upfront, but still is seldomly used. The capital benefits of widespread use of multilateral wells technology can be significant in the Canadian industry, where 1900 horizontal wells were drilled only in Alberta in 2018.

Still today, the number of completions performed with a cookie-cutter approach is substantial. Here, the room for improvement and cost efficiencies is also important. 3D geomodels can be used to better design hydraulic fractures. The optimization of stages design, number of stages, number of clusters, distance between stages, etc., is possible today by using these models; selecting where to place fractures and where not to can add significant savings and economic benefits. Implementing machine learning techniques for design optimization, and regular lookback exercises, can significantly help to improve the efficiency of fracturing. Here again, with 1100 HSMF (Hydraulic Multi-Stage Fracturing) wells in Alberta in 2018, the capital gains can be significant.

Ensuring that each well delivers the maximum potential requires a detailed and regular analysis of well performance. The room for improvement is high particularly in gas and liquid producers with artificial lift. Regular analysis can be done on each well to ensure performance optimization. Liquids production should be particularly looked at, in order to avoid having liquids forming in the reservoir and therefore left in the ground. The potential is larger in mature assets where production optimization has never been performed. It is surprising how effective methodical exercises of optimization analysis can be (both at the single well level and the whole system level) with direct effect in the enhancement of total asset production.

Evolution from Oil and Gas into Energy Companies

At a more strategic level, oil and gas companies need to evolve into energy companies due to several reasons. As it is well known, the Paris Agreement involves reaching net-zero emissions by the second half of this century and marks the path for the energy transition. This net-zero emission target is a balance between the source of emissions and their removal by emission sinks, so fossil fuels will still be present, simply because with current non-fossil technology it is impossible to fully reach energy independence. Decades of oil and gas are still ahead of us, and oil and mainly gas will still have a significant role in the energy mix, although oil consumption will decrease as economies become lower carbon-intense with time. Particularly gas will play an especially key role in this transition, by replacing carbon intensive coal in many economies around the world. But there will be important switches from fossil fuels to other forms of energy, with electrification of land transport being the most obvious one. Oil used for road transport is around 45 percent of the total oil consumption in the world, and therefore oil consumption will noticeably decrease at some point during this century (oil for petrochemical use at 25 percent will just slightly increase in absolute magnitude). With such an impact, it’s clear that the most expensive oil sources will eventually be put out of the equation at some moment due to the laws of supply and demand (Shell sky scenarios shows 2070 as the decade for reaching net-zero emissions). What seems plausible is that pressure from capital investors will arrive earlier than this oil switch—in fact, it is here already. But the oil and gas industry need to be part of the solution, and so oil and gas companies should become significantly involved in two main areas in the near future, directly targeting the net-zero emissions policy:

On the energy source front, oil and gas companies should also be engaged in renewable energy projects on a major scale, in addition to the traditional oil and gas projects. Because renewables are multi-faceted, and different locations will require different energy solutions, expertise in different types of renewables will be required. Electricity generation will have to increase significantly when ZE (zero emissions) vehicles start to take over, and energy companies will need to be able to provide this extra generation capacity. The future economics of the renewables projects will have to consider factors such as the absence of a carbon tax on renewables, the lack of cost of externalities due to emissions, and easier access to capital by banks and investors. The attractiveness for investors of an energy company with net-zero emissions in their energy generation portfolio (as a combination of oil and gas production and renewables) will become clearer with time. Finally, substantial research is still required in a number of renewables areas, and O&G companies should be a considerable part of these research efforts.

Although significant research is still required on techniques to remove CO2 from the atmosphere, more push from the oil and gas industry is expected. Future symmetrical policies to the carbon tax (i.e., assigning a benefit for each ton of CO2 disposed of) should provide enough economic benefits for making CCUS (Carbon Capture, Use and Storage) projects economically viable. The simplest form of CO2 sequestration, i.e., CO2 injection in oil and gas reservoirs, should be seriously considered by oil and gas operators in their operations, where possible. CO2 sequestration will most likely be part of the future of the license to operate and will effectively offset the emissions associated with the oil and gas produced.

Some Canadian companies have already started to make progress in the directions highlighted above, and most of them are still designing their future strategies. But one thing is clear: in the future, the profitability of oil and gas companies will not be purely assessed by oil and gas production and reserves volumes: other factors related to the current path towards net-zero emissions will play an important part in the equation. How to get ready, and when, is to be decided by each company.

Paco Maldonado is an Oil and Gas professional with 25 years of experience. He has worked in several countries around the world mostly as Subsurface Manager and Production Manager. His experience expands to both conventional and unconventional assets, oil and gas, onshore and offshore. He is mining engineer by Madrid School on Mines, reservoir engineer by the French Petroleum Institute in Paris and Global Energy MBA by University of Calgary, AB, Canada.