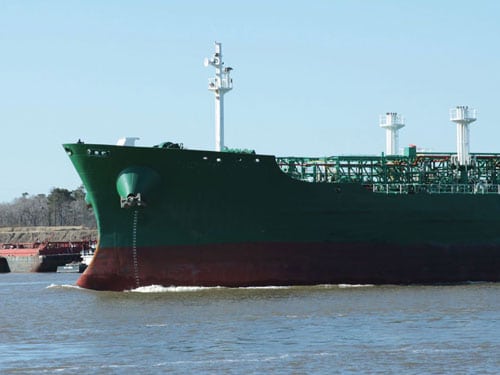 London-based Ceona in May was awarded a new deepwater contract in the Gulf of Mexico with Houston-based Bennu Oil & Gas.

Offshore work for the new contract is scheduled to begin in the second half of the year.

For the contract, Ceona will deploy its newest vessel, the Amazon, to install a flexible flowline of approximately 2.4 miles and an umbilical of about 2.6 miles from Bennu’s Mirage well location, which is located in Block 941 of the Mississippi Canyon Field. The flowline and umbilical will be tied-back to Bennu’s Titan Production Facility at a depth of approximately 4,000 feet.

“We are pleased to be able to deploy the Ceona Amazon on this project because it provides another opportunity to demonstrate the vessel’s deepwater capabilities,” Janelle Pence, VP Commercial Americas, Ceona, said in a May 5 statement.

The company said the contract with Bennu Oil is the second that Ceona has won with Bennu Oil after previously being selected to install a 1.1-mile umbilical and two 15-mile electric quad cables at a depth of 3,000 feet on the Clipper project in spring 2014.

According to Ceona, the Amazon is a multi-functional vessel capable of operating in multiple pipelay – rigid/flexible pipe and umbilicals – and operational mode – heavy subsea construction. At 655 ft long, it is equipped for heavy lifting with two 400mt deepwater cranes, and has capacity to carry 9,500mt of pipe.

In early March, Ceona signed a letter of intent for the Amazon’s first rigid pipelay project in the Gulf of Mexico for Walter Oil & Gas Corp. According to a March 9 statement, the Amazon will be deployed for the Coelacanth Export Pipelines project with the scope of work encompassing the installation of an oil and a gas export line tying the new Coelacanth Platform into existing pipeline infrastructure. Each 10” line will be approximately 11 miles, totaling 22.6 miles. The pipelines will each be terminated by two pipeline end termination structures installed by the Amazon.

The Amazon represents the second new vessel – after the Polar Onyx – that Ceona has brought to the market.