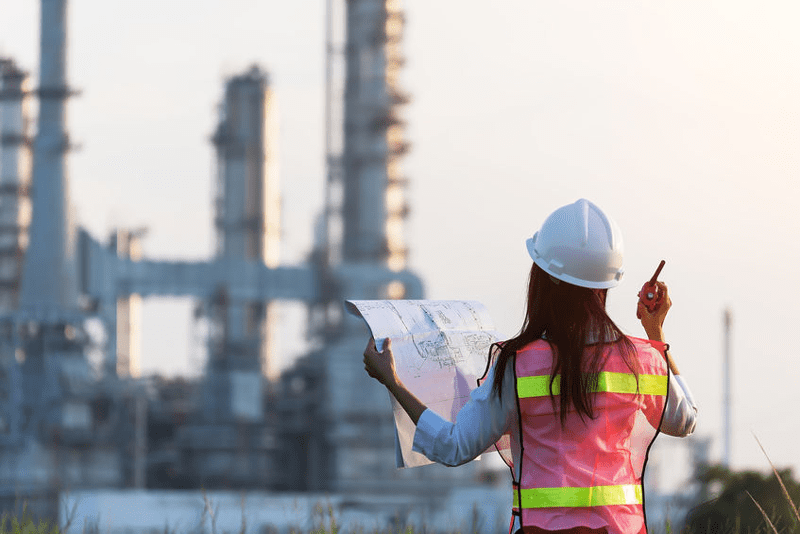 Africa is changing and so is its oil and gas sector. Despite this, women remain largely underrepresented in the sector, with men and oil companies being the biggest roadblocks.

In executive roles and key industry appointments from governments, women are often not given the tools to succeed.

African women in the sector are often promoted when the company or department is struggling and/or the results are poor. They are less often afforded the opportunity to implement changes and, most of the time, there is an expectation that there has to be a swift turnaround and results have to come in before the job moves back onto men.

This affects a lot of women in the energy sector. In a report released in 2017, the World Petroleum Council and the Boston Consulting Group found that women represented just 22 percent of the global oil industry – much below the average of any other sector. We need to encourage industry decisionmakers – which are predominantly male – to play a role in ensuring that women succeed at the top. Most men do not understand that when women are hired, they are always in the unfavorable position as a result of the unwritten obligation to enhance or change the narrative around gender in the energy sector.

I am conscious of the fact that the more I talk about gender issues in the oil sector, women feel even more worried and isolated as they do not want to be singled out. But, if we do not discuss it, many who do not have access to opportunities and will never get into Africa’s most lucrative sector. We need to make the oil industry more attractive and more accessible.

We need to create more opportunities for African women in the oil and gas industry. It’s a win-win: Women have a great deal to offer, and good jobs for women contribute to a more stable, more economically vital Africa.

The oil and gas industry’s failure to create more opportunities for women is a travesty. Women have a mighty role to play in this sector, particularly as leaders. In fact, those who have achieved executive status have been hugely successful and impactful. You would think that the industry would learn a thing or two from the positive examples that female oil and gas leaders are setting. Their achievements should be generating excitement and inspiring more companies to look to female talent to fill managerial and executive roles.

When Uju Ifejika was working as a junior counsel at Texaco Petroleum in the 1980s, the young attorney would have been shocked if someone told her she’d later be described as “Africa’s most successful female oil tycoon.” Or as one of the richest women on the continent. Or as the founder of the first indigenous petroleum industry E&P company in Nigeria to be headed by a Nigerian woman.

In the early days of her career, Uju Ifejika was simply trying to build a successful legal career in a fast-paced, high-pressure setting. She never set out to break new ground for women or shift from practicing law to running a major oil and gas company. But today, as president and CEO of Brittania-U, Uju Ifejika is an important role model for women.

She credits her rise to power, to some degree, to sheer determination.

“I’m not a geologist and I have never worked in exploration and production,” she said during an interview with Fascinating Nigeria. “The only thing I know is how to take something that is nothing and create something out of it that you can see and appreciate… Not being an engineer or a geologist was immaterial. Today I speak the language of the geologist, I can interpret the maps, and when they bring in technical things we look at them together—because I was able to rise above my fear level.”

Her company, which is involved in E&P, petroleum engineering, data consulting, importation of refined products, shipping, vessel operation, and subsurface engineering activities, regularly partners with other indigenous businesses, contributing to economic stability. It also has trained more than 25 people from its host communities to be certified marine engineers, and it provides full-time employment for more than 20 community residents, along with nine others as contract staff.

While Uju Ifejika’s drive and accomplishments are inspiring—in part, because examples of women holding executive leadership roles in the oil and gas industry are rare—women succeeding in it should not be a rarity.

Indeed, there are concrete steps the industry and African countries can take to ensure women have an active stake in this industry.

I’m convinced that empowering women through the oil and gas industry would have far-reaching socioeconomic benefits.

“Women are often the linchpins of their communities, playing key roles in ensuring the health, nutrition, education and security of those around them,” stated “Oil and Gas Extraction Industry in East Africa: An African Feminist Perspective.” The 2014 paper was released by Akina Mama wa Afrika (AMwA), a regional Pan-African women’s organization based in Kampala, Uganda.

I couldn’t agree with them more. 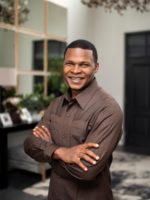 NJ Ayuk is founder and CEO of Pan-African corporate law conglomerate, Centurion Law Group; Founder and Executive Chairman of the African Energy Chamber; and author of Billions at Play: The Future of African Energy and Doing Deals and co-author of Big Barrels: African Oil and Gas and the Quest for Prosperity.

He is recognized as one of the foremost figures in African business today. A Global Shaper with the World Economic Forum, one of Forbes’ Top 10 Most Influential Men in Africa in 2015, and a well-known dealmaker in the petroleum and power sectors, NJ is dedicating his career to helping entrepreneurs find success and to building the careers of young African lawyers. NJ strives through his work to ensure that business, and especially oil and gas, impacts African societies in a positive way and drives local content development.

NJ graduated from the University of Maryland College Park and earned a Juris Doctor from William Mitchell College of Law and an MBA from the New York Institute of Technology.