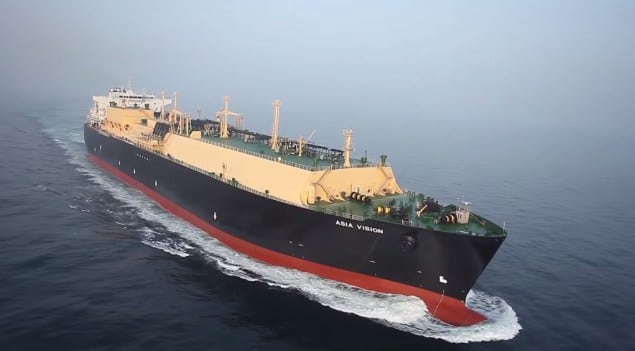 Cheniere Energy Partners said that a tanker ship holding the first liquefied natural gas export shipment from the Sabine Pass LNG terminal is set for imminent departure, as of Feb. 24.

The tanker, Chevron-owned Asia Vision, on Feb. 22 docked at the company’s Sabine Pass export terminal in the U.S. Gulf and began on-loading LNG.

The shipment will be heading to Brazil, according to the company.

Cheniere Energy noted that the LNG had been produced from the first liquefaction train of its Sabine Pass liquefaction project in Cameron Parish, La.

“This historic event opens a new chapter for the country in energy trade and is a significant milestone for Cheniere as we prepare Train 1 for commercial operations,” said Neal Shear, Chairman of the Board and Interim Chief Executive Officer of Cheniere Partners.

Cheniere’s export terminal in Cameron Parish sits on a large acreage of land along the Sabine Pass River, which borders both Texas and Louisiana.

The Energy Atlantic, another LNG carrier which is owned by the Kanellakis Group, has been waiting since January to load cargo from the terminal due to a delay in the export schedule, according to Lloyd’s List.