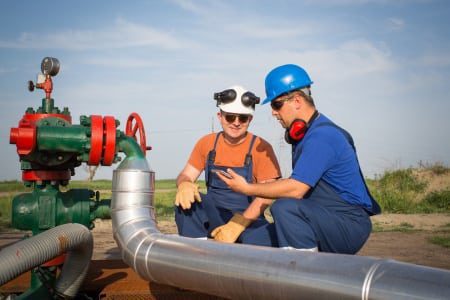 Around 350,000 workers within the worldwide oil and gas industry have been let go in the two years since the oil price has collapsed. The drop has severely affected the entire world economy, and it has caused many companies to declare bankruptcy. In the U.S., no state has been hit as hard as Texas, which has had 99,00 jobs cut, about 28% of the total global job loss so far.

The industry may run into issues in the future when companies begin to scale back to size and start hiring back workers. A lack of skilled workers could soon be the prominent issue with which the industry must grapple. With such large numbers leaving the oil and gas workforce, it is unsurprising that there may be a shortage of workers in the industry in the months ahead.

In North Dakota, there are many fruitful wells that are waiting to be harvested. In March, there were nearly 1,000 drilled but uncompleted wells in the state. Prices might not be high enough to begin such endeavors now, but when companies do decide to return to these sites they might have trouble finding fracking crews to do the work. Two years ago there were 45 fracking crews in North Dakota. Now there are only eight, according to Reuters.

A problem has occurred because employees of oil and gas companies, once they are let go, have trouble finding new work in the industry. Clearly not a lot of companies are putting effort into their recruiting and hiring interests right now. Consequently, many of these ex oil-industry workers have been forced into new industries. The solar industry has been one of the most popular destinations for laid-off oil employees.

Attempting to lure new skilled workers into a presently dragging industry will be an interesting obstacle for companies to overcome. Les Csorba, a partner at Heidrick & Struggles, said in an interview with Houston Public Media that “There is going to be within the next, I think, six months to a year a real competitive war for the best and the brightest in this industry.”

But who is going to fill that gap? It might be a challenge for companies to find experienced skilled workers to replace the outgoing groups. Oil and gas firms are going to have to work hard to assuage employees’ concerns about job security, the stability of the industry, and one’s ability to rise within the company.