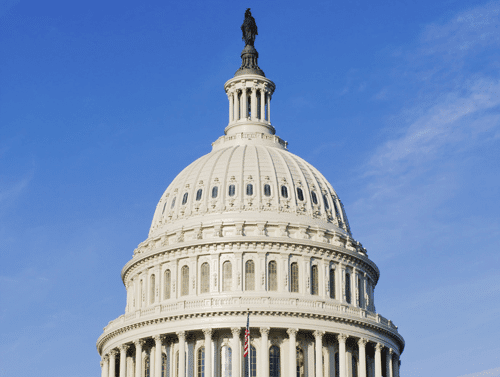 In a dramatic turn of events last week, Democrats and Republicans in Congress reached a compromise on the federal government omnibus spending bill that lifts the 40-year ban on U.S. crude oil exports and gives clean energy companies an extension on tax credits set to expire this year and next.

Members of the oil industry and politicians in oil states have been working vigorously to have all restrictions on the export of U.S. crude oil under the Energy Policy and Conservation Act repealed. In October, the House first passed H.R. 702, bipartisan legislation authored by Chairman Emeritus Joe Barton (R-Texas) that eliminated the ban on crude oil exports. The measure was also added to H.R. 8, the North American Energy Security and Infrastructure Act, which passed the House in early December.

U.S. Sen. Heidi Heitkamp (D-N.D.) said in a statement that she has been meeting with members of Congress – especially Senate Democrats – and top White House officials since July 2014 to explain why lifting the ban makes sense and to build support for the policy. Over the past several months, she worked with U.S. Sen. Martin Heinrich (D-N.M.) and Senate Democratic leadership to discuss what a deal to lift the ban could look like, and negotiate that deal in the spending bill.

Heitkamp said that to actually gain strong bipartisan support to lift the ban, there needed to be a deal to bring along enough Democrats – and that was the goal of her months-long efforts.

“A year ago, most people couldn’t fathom such rapid progress to overturn the ban on exporting oil, but I continued to say that if both sides are willing to negotiate, we can make this commonsense policy change happen – and that’s exactly what made this announcement that supports American economic growth and national security possible,” she said.

Heitkamp also said that a provision addressing presidential authority is included in the negotiated deal and was critical to reaching an agreement with Democrats. The provision gives the president the ability to impose restrictions on oil exports, like licensing requirements, for up to one year under certain special circumstances – and if necessary, the ability to extend those requirements or restrictions annually. Some of those special circumstances include national security threats; national emergencies; sustained crude oil shortages; and when supply shortages or price increase are likely to negatively impact employment.

U.S. Sen. Lisa Murkowski (R-Alaska), a long-time supporter of lifting the ban, welcomed the agreement between Democrats and Republicans.

“Allowing oil exports is an important step forward in ensuring that our energy policies reflect our nation’s renewed abundance of resources,” she said in a statement. “Not only will oil exports help safeguard our long-term economic prosperity, but it will also spur job creation across the country and deliver much-needed revenue to state and local governments. With the threat of terrorism growing daily, oil exports are needed now more than ever to reduce volatility and provide our allies, and the world, a stable and secure source of energy.”

Oklahoma Oil & Gas Association President Chad Warmington in a statement called the decision by Congress to lift the ban “a bright spot in an otherwise dreary season for the oil and gas industry.”

Failure to do so, he said, is “inexcusable” and would waste the opportunity presented by the newly enacted legislation.

Texas Railroad Commissioner Christi Craddick said in a statement that lifting the export ban will be “monumental” for producers in Texas in the long term.

“The ability to export U.S. oil opens international markets to sales of our Texas energy resources, makes West Texas Intermediate crude price-competitive, provides greater stability and growth for our Texas oil and gas industry, and creates jobs here at home,” Craddick said. “Beyond Texas, oil exports will stimulate our national economy, boost national security, and extend a hand to our allies as we provide them a friendly, stable source of American energy.”

Proponents of lifting the export ban have said the shift in policy will deliver long-term economic prosperity in the U.S., while opponents say that lifting the ban will have mixed economic results.

In its September analysis on the effects of removing restrictions on crude oil exports, the U.S. Energy Information Administration (EIA) said that, without those restrictions, global oil prices likely would remain unchanged or lower modestly.

“Global price drivers unrelated to U.S. crude oil export policy will affect growth in U.S. crude oil production and exports of crude oil and products whether or not current export restrictions are removed,” the report said.

The EIA also said that implications of removing the restrictions on crude oil exports depend significantly on the amount of domestic crude production. In addition, the EIA said that there are widely varying perspectives regarding two key factors that drive domestic production: world oil prices and domestic crude oil supply potential.

“The world oil price trajectory reflects global supply and demand factors including world economic growth, decisions by major oil exporters, energy efficiency policies that affect oil demand, and geopolitical developments,” the report said. “Domestic supply potential [will be] characterized by the extent of the domestic hydrocarbon resource base and the pace of advances in production technology.”