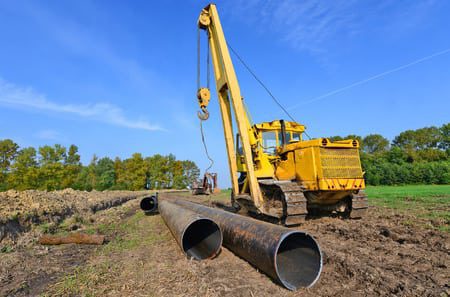 To the dismay of numerous protestors and outspoken opponents, on Feb. 7, Dakota Access LLC, the firm which was constructing the Dakota Access pipeline, received an easement from the U.S. Army Corp of Engineers to continue with the project. The easement, which was issued to Congress in the form of a letter from Deputy Assistant Secretary of the Army Paul Cramer, will allow the company to proceed as planned and finish the final portion of the construction.

The pipeline has seen a rather staggered progression, as the project incurred obstacles in December 2016 when growing protests swayed the federal authorities to reexamine the plans and look for alternate solutions. The Department of the Army subsequently denied a final easement needed to complete the roughly 1,100-mile pipeline.

However, with the election of President Donald Trump, there was a chance that the pipeline would be enabled to reach its conclusion. Indeed, on Jan. 24, the White House released a memorandum which contained the president’s encouragement for the continuation of the pipeline’s construction.

Following the memorandum, the Army Corps, in conjunction with North Dakota Sen. John Hoeven, issued a statement on Jan. 31 regarding plans to expedite the review process needed for the easement of the project.

The senator had this to say regarding the Corps’ most recent announcement on the easement: “Today, the Army Corps of Engineers granted the final easement required to complete the Dakota Access Pipeline project, which will be equipped with the latest safeguards and technology to protect the Standing Rock Sioux and all people downstream.”

“It will make our country stronger and more secure by helping us produce and transport more domestic energy instead of importing it from the Middle East,” Hoeven said. He added that the permitting process will be under constant review in order to ensure that all legal protocols are followed and that everyone’s voice is heard.

Not everyone involved shared the senator’s positive views about the project, however, and some notable forms of resistance have since been taken up. For instance, Seattle’s City Council voted to cut all ties with Wells Fargo, the primary lender for the pipeline project. Various groups have also promised to pursue legal action, and a challenge against the pipeline has already been issued.