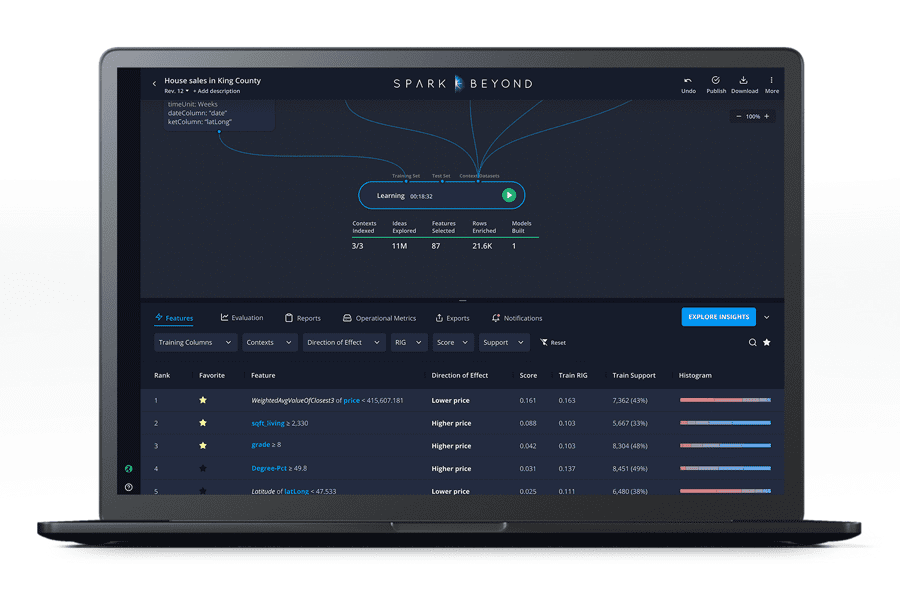 COVID-19 has undeniably shaken global economies to their very core, and the world has responded by changing at rapid speed. Additionally, the pressure of climate change looming in the background has also become an immediate threat. With these enormous challenges in front of us, it’s understandable to feel powerless.

I left the energy sector and joined the AI space a few years ago as I, too, felt powerless. I felt some of our challenges as a species were insurmountable without AI helping us. How can one person, or even a team of people, possibly understand something as complex as climate change, and all its interconnected causes and effects?

Having joined the AI space, focusing on energy, I spend a lot of time with governments, energy companies and the general public, discussing energy. One topic keeps coming into focus as top of everyone’s agenda – that of decarbonizing oil companies. People feel that change will take decades (understandably aggravated by the big oil companies’ multi-decade ambitions), but I feel a large piece of the puzzle is being missed. Namely, the fact that AI, used intelligently by our humble species, can dramatically reduce the time it takes to cut out a lot of carbon from the oil out gas process.

Oil companies have been in the spotlight for quite a few years around the huge carbon intensity of their operations. I’d like to demonstrate how all functions within an oil and gas company can use AI to carry out the rapid decarburization that their shareholders and our planet demand.

This is good as oil companies emit a lot of carbon; BP’s annual emissions being roughly equivalent to the entire country of Australia.

In fact, energy companies have emitted the most carbon of any enterprise, government or country ever, and the widely accepted consensus is that this can’t continue for financial (stranded assets) and moral (less pollution for future generations) reasons.

Pressure for energy companies to have low-carbon strategies initially came from student groups and grassroots protests. More recently pressure has come from some of the world’s biggest money managers, such as BlackRock, which owns huge amounts of shares in the supermajors and is, therefore, exposed to the risk this industry faces from a low-carbon future without a valid plan in place.

It’s clear that we will have to move away from oil to hit the ambitious emissions targets most major governments have set. This is a huge challenge. Moving from 100 million barrels of oil a day to significantly less will take a long time as oil is baked into almost every industry on the planet, from transport to plastics to cosmetics to TV screens.

Moving away from oil has certainly started. Transport systems are moving relatively quickly toward EVs, and we will eventually find alternatives to plastics. COVID-19 has also temporarily reduced oil consumption dramatically as most flights globally are grounded, and demand has plummeted as people stay at home and don’t travel. The wider move to new cleaner technologies is slow, however, and there is a way to immediately decarbonize the extraction of oil and gas resources using AI, while the larger industry trends toward cleaner technologies take place.

AI is a meaningless term, as those in the industry come to appreciate. In this series, I’m using this oft-abused term to represent a suite of technologies that can and will make decisions on their own, when used intelligently by a human controller. These technologies include machine learning, deep learning, computer vision, robotic process automation and natural language processing, mostly. McKinsey, as always, does an excellent job of summing up what AI is in this exec read-me.

In my experience, simply having a good, cross-function data strategy could dramatically reduce emissions. Most major oil companies are fast, deep-pocketed movers in the AI and cloud space, so wider experimentation shouldn’t take too much convincing in the long journey of decarbonization.

Over the next few weeks (one article a week), I’ll be detailing how anyone can use AI technology to see a huge decarbonization impact in upstream, midstream and downstream departments of a typical oil and gas major. The first stop will be a deep-dive into using AI to decarbonize the upstream operations of a typical oil company, then moving midstream, downstream and concluding with a look at the future.

George Hackford serves as the lead impact strategist in Energy, Power & Resources at SparkBeyond. He is experienced in setting up successful data science/AI projects and capabilities across large organizations. He is particularly interested in AI in the energy and power space, and sees AI adoption as a natural next step for the sector.