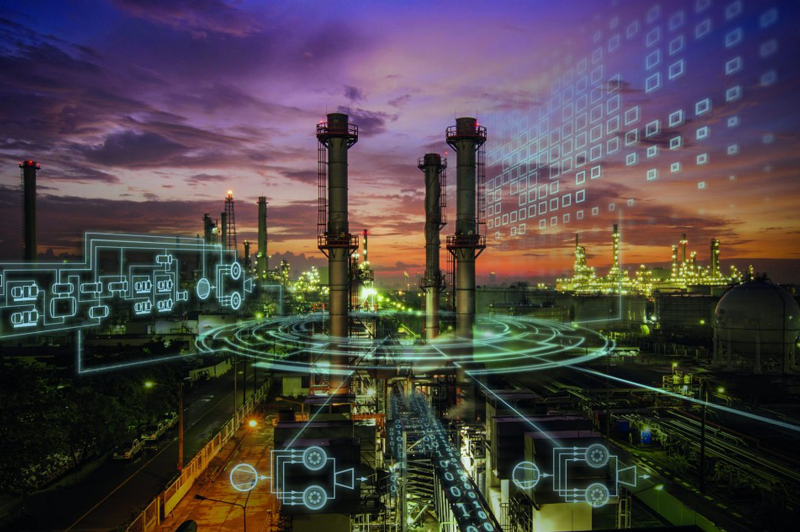 At more than 100 years old, the oil industry is one of the most faithful industrial disciplines to its principles; in oil fields or in refineries, where technological advances in digitalization already exist, most locations worldwide prefer to resort to long-standing processes because these provide greater safety and comfort for workers.

In view of this, most investments are focused on automating the same industry from within and there are few advances in digitalization, which can be seen in some other industries around the world. On the other hand, there are places like the North Sea or fields in the Gulf of Mexico that apply these new technologies and they result in positive advances, although these practices are not replicated by other countries due to the reasons mentioned above.

Therefore, it is of utmost importance to understand which advantages can be obtained by the oil and gas industry, if it decides to access digitalization in all its fields. This article will take advantage of the companies using these tools to establish comparisons between the places where the Digital Age is already a reality and where is not.

Accidents in the oil industry should be taken into account when it comes to safety, according to the Bureau of Labor Statistics, U.S. Department of Labor, 2010. It indicates that for the 2004 to 2008 period, more than 563 fatal accidents were recorded and, in years 2003 to 2007, a total of 20,100 non-fatal accidents on drilling platforms. Based on these figures, a graph was generated showing the distribution of fatal and non-fatal accidents in 2007 in the upstream sector.

If analyzed, this graph shows that 88.10% of accidents happen on the drilling platform. In view of this, some companies took the reins on the issue, as did Nabor when it acquired the patent of the robots created by Equinor and Odfjell drilling in 2017. According to the article written for OILMAN Magazine, it posed the use of the Robotic Drilling Systems (RDS), as an alternative to replace the personnel located at the drilling platform. Today, companies such as Saudi Aramco and Statoil, among others, have decided to try and automate 100 percent of the operations on platforms with the implementation of robots that take care of every one of the tasks performed.

The advantages? The staff is not exposed to the latent risk of the platform; in turn, automated operations ensure better performance in terms of time.

On the other hand, time plays a major role. The information that is acquired during real-time drilling is of paramount importance. The time it takes for this information to get into the hands of analysts can cause occasional problems, for example. The reading of cuttings by the mud cabin is of utmost importance, but this passes first through the hands of the geologists in the cabin and is subsequently communicated by telephone to the drilling geologists.

Some companies, like Halliburton, have stepped up in this sector, with the implementation of the Drill Works suite. They introduced in the technologic oil market the option of analyzing data in real time while on the drilling rig, which provides an unprecedented advantage, since today’s oil wells are deeper, and the conditions are tougher than in the past – a plus for both drilling and for exploration of the field.

These types of tools have helped decrease non-productive times, when combined with some fields, such as the oilfield engineer, who knows more accurately what kind of sand is being worked and what type of mud should be used to avoid invading the target area. Or, the geomechanics, which are able to reduce non-operational times by 30 to 40 percent.

In the upstream sector, time is fully translated into money. By digitalizing processes, including the use of VR for training and other applications, a significant amount of time is saved. In the article, “Embracing Digital Processes in the Oil and Gas and Construction Industries,” written by Shay O’Connor for Flowforma, she explains that when a common process, such as that of “risk monitoring,” commonly performed by hand is digitalized, it achieves a savings of 30 minutes. Translating this into investment means saving approximately $40,000 per year.

On the other hand, there is the downstream sector, where one of the processes that has gone further in terms of digitalization is the refining of hydrocarbon.

Each task of a refining plant is subdivided into a number of processes. For example, we can break down how it works when a quantity of crude from a specific field goes to the refinery.

The flow lines that come from the flow stations in the field are responsible for providing the pressure to reach the refinery level, then the crude oil is received and immediately transferred to the area of the refinery that will process it, according to whether the oil is naphthenic or paraffinic.

Afterwards, processes are applied to eliminate the contaminating waste. Separator tanks, high speed mixers, and flash furnaces are used for this. When the product is ready for conversion, it is broken down using distillation towers to separate the components of the crude and distribute the raw materials. In this way, each element is used to create different derivatives.

As part of the culture of oil companies, there are the factors of safety and time. For this reason, the refinery is a sector that goes hand in hand with the total digitalization. In terms of safety, valves are used with PLC-controllers, which are responsible for the closing or opening of the valves for the passage of the fluid. In the past, this process was done manually, making the number of personnel onsite three times more than what it is today. It should be taken into account that 60 percent of these people were in total exposure.

Eliminating manual processes reduces the number of accidents and avoids the constant movement of personnel. In this way, the time consumed for mobilization is zero. In the case of site monitoring, it exchanged direct human observation for drones that continuously move around the infrastructure.

In processes where large parts must be moved, robots are implemented and, for the training of operations, it is no longer necessary to be in the refinery to be familiar with it, as explained by the article, “Virtual Reality is not Just a Game, but Training,” published in OILMAN Magazine, which shows the use of simulators, developed by the Russian company Unigine, for the training of refinery personnel.

As published by PWC, the digitalization of processes in the petrochemical sector is more than a good strategy; it is imperative, since it enables personnel to know what happens at each point of the process chain in real time, and also allows coordination and better use of time. Benefits of digitalization of the industry versus manual operation include:

Information in the oil and gas industry is not just power, it’s everything. For this reason, more and more companies are turning to cloud services to back up and access their information anywhere in the world with just a few clicks.

If we look into the future with insight, we are looking at digitalization of most of the processes in the industry, because this provides safety and takes advantage of execution times, something we are getting closer to every day.

Headline photo courtesy of Siemens – Digitalization of the oil and gas industry.