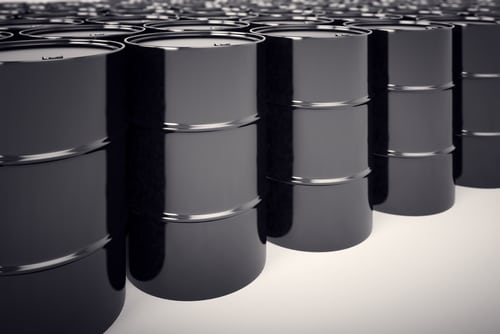 The price for crude oil in 2016 is forecast to be lower than in 2016, Adam Sieminski, Administrator of the U.S. Energy Information Administration (EIA), said in January.

The average Brent crude oil price is forecast to be $40 per barrel (b) in 2016 and $50/b in 2017, Sieminski told the U.S. Senate Committee on Energy and Natural Resources on Jan. 19 during a hearing to examine the near-term outlook for energy and commodity markets. Sieminski also said that the West Texas Intermediate crude price forecast is $2/b lower than Brent in 2016 and $3/b lower in 2017.

Sieminski cautioned, however, that the current values of futures and options contracts continue to suggest high uncertainty in the price outlook.

“EIA’s forecast for the average WTI price in April 2016 of $37/b should be considered in the context of recent futures and options contract values for April 2016 delivery suggesting that the market expects WTI prices to range from $25/b to $56/b,” he said.

According to Sieminski, U.S. crude oil production also is expected to decline through 2016 and most of 2017.

That excess supply over demand has contributed to oil prices reaching the lowest monthly average since mid-2004, and EIA forecasts that inventories will continue to rise in 2016, before the global oil market becomes more balanced in 2017.

Sieminski said that non-OPEC production is estimated to decline by 0.6 million b/d this year, the first decline since 2008, and at a slower rate in 2017.

“The outlook for non-OPEC production is driven largely by changes in U.S. tight oil production, which is characterized by high decline rates and relatively short investment horizons that make it among the most price sensitive production globally,” he said. “As low oil prices contribute to drilling rig counts falling below levels required to sustain current production levels, forecast total U.S. liquids production declines by 0.4 million b/d in 2016 and remains relatively flat in 2017.”

Sieminski told the committee that U.S. natural gas demand is expected to increase as supply growth moderates, resulting in prices rising from their end-of-2015 level.

EIA forecasts Henry Hub spot prices to average $2.65 per one million British thermal units (MMBTU) this year and $3.22/MMBTU in 2017.

“The forecast price increase reflects consumption growth, mainly from the industrial sector,” he said. “EIA expects production growth will be relatively flat in 2016, partly in response to lower prices and declining rig activity.”

With higher prices in 2017, he added, and as new consumption and more export capacity comes online, EIA projects production will pick up slightly.

U.S. natural gas exports, by both pipeline and LNG tanker shipments, are expected to increase through 2017.

With the startup this year of Chenier’s Sabine Pass liquefaction plant in Cameron Parish, La., he added, along with increases in liquefaction capacity, EIA projects LNG gross exports will increase to an average of 0.7 billion cubic feet per day (Bcf/d) in 2016 and 1.4 Bcf/d in 2017.