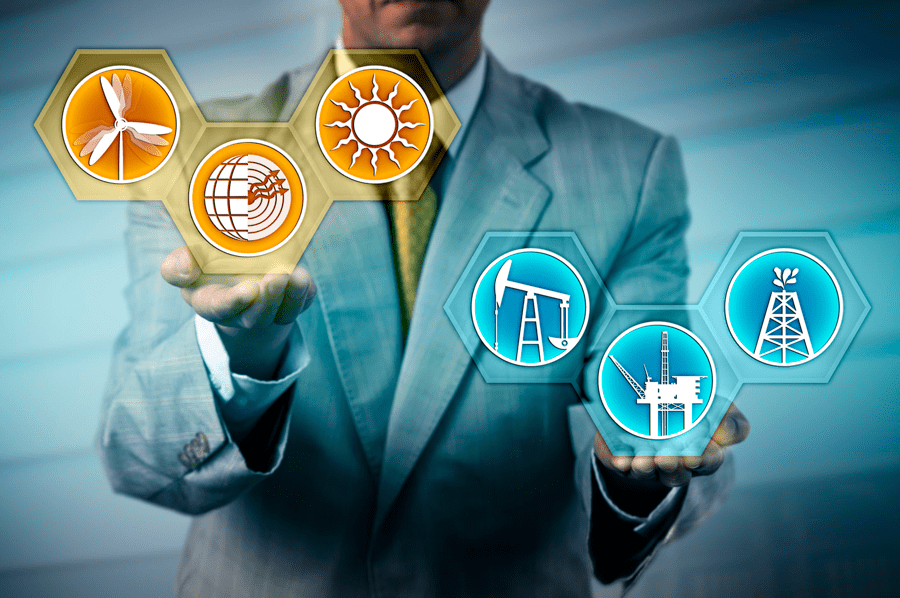 Oil and gas storage primarily refers to the state employed for the safe storage of both refined and unrefined products including gas oil, gasoline, diesel, kerosene, aviation fuel, naphtha, liquefied natural gas, and liquefied petroleum gas. Recent innovations and technological advancement has longer storage back-up and expected to fuel the market in the future years. Emerging technology such as floating oil and gas storage tanks is expected to increase in the coming years.

The entire energy system across the globe is going through a transition. The composition is likely to change in just a few decades as it would detach from the population, economic growth, and carbon. The volatile nature of the oil and gas industry has always kept it unpredictable. Uncertainty about the future of fossil fuel, erratic commodity price fluctuations and upending supply-demand rational has always put this industry into a dilemma with no clear answer for future strategies in line with this industry. The world on a rapid road path of renewables has come with a big question in front of oil and industry. The energy transition is expected to play a major role in the coming years as even the automotive sector is on boom with a new replacement market for electric vehicles. Possibly, these oil and gas companies would pave their way to electric and non-renewables.

Introduction and substantial acceptance of EVs (electric vehicles) globally would hit the oil and gas industry on a large scale. Technologies such as lithium-ion battery and ultracapacitors find application across electric vehicles which is further expected to lower the demand for oil. However, the gas would hold more than 50 percent market share and the market share of oil is projected to decline in the coming decade probably by 2030. Renewables, batteries, and gas would remain the primary source for energy globally.

“The sudden fuel crisis & instability in the oil-producing region, investment by different countries in the oil and gas storage and improvement in tank design drive the oil and gas storage market globally; however, uncertainty about the future of fossil fuel, unpredictable commodity price fluctuations, introduction and substantial acceptance of electric vehicles (EVs) globally and upending supply-demand rational has always put this industry into a dilemma with no clear answers for the future strategies.”

Hydrocarbons are expected to play a key role in providing energy to the level and would grab the share of the oil industry in the next three to four decades. By 2050, the world is expected to see gas as the major energy source, along with renewables, running the world in the coming years. Curtailing methane emissions across its value chain is likely to be an opportunistic area where companies need to really focus. The decline in the demand for coal and oil and rising demand for gas is supposed to further boost the market of oil globally across different application areas.

Global Oil and Gas Storage Market Report, published by Accurize Market Research, forecast that the global market is expected to experience a compound annual growth rate (CAGR) of 3.5 percent from 2019 to 2026. To meet the growing demand for oil and gas across various industries, the storage of oil and gas is essential. To have a backup of this product, many countries are trying to build an additional facility for the storage of oil and gas. Increasing demand for strategic reserve for oil and gas is one of the dominating factors in the growth of this market. Further, the growing importance of pipeline distribution network across the world boosts this market. Many countries are investing in the oil and gas storage market which is a positive sign for stiff competition in this market. This market is involved with the transportation of oil and natural gas from their production wells to the refineries and further to the storage tanks. Thus, improvement in the storage tank design is one of the dominant factors to grow this market. However, frequent oil leakages along with the environmental regulation may hamper the market.

The dependency on the pipelines to deliver consistently is mounting and the need for better storage is also burgeoning owing to the surge in demand for oil and gas. Leak detection systems are progressively being used in aging pipes, owing to various factors such as strict government regulations, higher risk of leakage, and being more prone to corrosion. The rapid growth of the oil and gas sector, escalating demand for energy, and increased investment in offshore energy resources are the major factors driving the oil and gas pipeline leak detection equipment market. Further, the need for proper leak detection techniques to avoid potential disasters and accidents would provide several growth opportunities in forecasted years. In addition, the construction of new pipelines, and the expansion of existing pipelines is also projected to fuel the market during the forecast years.

North America contributes to the highest market share during the estimated period. Due to the higher demand for gas in European countries, there is a major opportunity for the gas storage market in this region. To fulfill the demand of domestic consumers as well as industries, the Asia-Pacific countries have the major potential in the estimated years for the storage market. The Middle East countries cover the highest storage due to the increased capacity of refinery oil. Saudi Arabia, UAE, Kuwait, and Iran are the largest contributors in the storage market. A country like India increases its oil and gas storage capacity by investing in the strategic petroleum reserve. A new exploration site in Africa gives new opportunities in this region for the oil and gas storage. The competition among the major players for the unexplored area in this region is increasing the further growth of this market.

Rakesh Singh holds an MBA degree in Marketing and has nearly 9 years of experience in researching the oil & gas industry. He has authored many reports relating to oil & gas industry, and he mentors a team of analysts from this domain. Mr. Singh has worked across several leading research organizations, creating reports on subjects including mining equipment, offshore mooring, Oil & Gas Pipeline Leak Detection Equipment Market, and Oilfield Process Chemicals among others. He has experience working with leading industry associations in the oil & gas industry domains, as well as in heavy machineries.