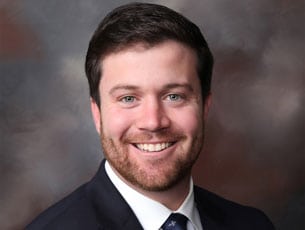 On April 13, almost five years since the April 20, 2010, BP Gulf of Mexico oil spill disaster, the Bureau of Safety and Environmental Enforcement (BSEE), under the Department of the Interior, issued proposed amendments to well control regulations for offshore well operators in the Outer Continental Shelf. In response to the BP oil spill, the proposed amendments seek to address several well control issues, including blowout preventer (BOP) design, performance, and maintenance requirements.

The proposed regulations were published in the Federal Register on April 17.

The BOP is a safety-critical device. During operations, the BOP sits on top of the wellhead at the seafloor and acts as a barrier that can be activated, manually or automatically, to close in a well and prevent hydrocarbons from flowing up the riser and to the rig at the surface.

BOPs can be configured in different ways, such that the number and type of sealing and shearing elements may vary from BOP to BOP. For example, at the time of Macondo, operators were required to utilize BOPs that contained at least one annular preventer, two pipe rams, and one set of blind-shear rams (30 C.F.R. § 250.442). The regulation further required that operators show in their applications to drill that the blind shear rams were capable of shearing any drill pipe under maximum anticipated surface pressures (30 C.F.R. § 250.416).

At Macondo, the Deepwater Horizon’s BOP utilized two annulars (upper and lower annular), two pipe rams (upper and lower variable bore rams) and one set of blind shear rams. Despite having adequate sealing and shearing capability that complied with federal regulations, the Deepwater Horizon BOP’s single set of blind shear rams was unable to shut in the Macondo well.

One of the main issues reported in the media, discussed by governmental agencies, and litigated during the Phase 1 BP oil spill trial was whether BOPs should be required to have more than one set of blind shear rams. Based on then-existing regulations and industry practices, the Court determined that the BOP configuration was reasonable, and that there was no guarantee that alternative configurations, such as double shear rams, would have resulted in the BOP shutting in the well (See MDL 2179 Phase I Findings of Fact and Conclusions of Law – Rec. Doc. 13381-1 at ¶ 425).

Notwithstanding the Court’s findings that the Deepwater Horizon’s BOP configuration was reasonable, the BSEE has proposed that all future subsea BOPs be configured with two sets of blind shear rams (30 C.F.R. § 250.734(a)(1) – Proposed April 13). Although double blind shear rams do not guarantee shut-in, the BSEE has explained that it recommended this new requirement because “the use of double shear rams would increase the likelihood that a drill string can be sheared by ensuring that a shearable component is opposite a shear ram.”

Further, unlike the industry standard for double shear rams that is currently in place (API Standard 53), the BSEE has proposed that this regulation be mandatory. Therefore, if an operator believes there are unique circumstances that prevent the use of a BOP with a double shear ram, the operator’s only recourse would be to apply for a waiver to use alternative equipment (30 C.F.R. § 250.141).

Pipe-centering shear rams were available at the time of the spill, known as “double V” shear rams. However, then-existing regulations did not require operators to use drill pipe centering technology in offshore deepwater drilling. Unlike the Deepwater Horizon’s single shear rams, which consisted of an upper V-shaped blade and a lower straight-edged blade, double V blind shear rams consist of upper and lower V-shaped blades which may help to better center an off-center pipe and maximize shearing capabilities.

Following the BP oil spill and during the Phase I trial, some questioned whether the Deepwater Horizon BOP should have utilized double V blind shear rams as opposed to the single V blind shear rams. (See MDL 2179 Phase I Findings of Fact and Conclusions of Law – Rec. Doc. 13381-1 at ¶ 425.) The Court determined the single V design was not a causative failure to shut-in the well, that the BOPs configuration was reasonable in light of industry standard and regulations, and that it was not clear that a double V design would have shut in the well (Id. at ¶¶ 423-24).

Nevertheless, the proposed regulations seek to make double V blind shear rams a future standard in the hopes it will drive further innovation. The proposed regulation will require that all operators, within seven years, utilize drill pipe-centering blind shear rams (30 C.F.R. 250.734(a)(16) – Proposed April 13). The BSEE’s goal is to ensure better shearing performance at the time the shear rams are activated, notwithstanding the possibility of a buckled and off-centered drill pipe.

No regulations currently exist that require a BOP to shear components of the drill string other than the drill pipe. Further, there were no findings in the Phase 1 BP oil spill trial that the BOP failed to sever and close in the well due to the blind shear ram’s inability to sever other components of the drill string, such as a drill collar. However, it is well known that many BOP designs cannot shear drill collars, heavy weight drill pipe, or drill pipe tool joints. The BSEE has stated that the inability to shear certain components increases the possibility of another disastrous event.

To address this issue, the BSEE is considering a proposed requirement that operators must install, within 10 years, technology that is capable of severing any components of the drill string (excluding drill bits). Under the proposed regulation, operators would have the flexibility to develop or select the technology and equipment to accomplish this performance-based requirement.

In sum, the BP oil spill has served as a catalyst for change in both regulatory standards and industry technology. Through the proposed regulations, the BSEE seeks to force the industry to develop innovative technology in order to more safely explore and produce oil and gas resources.

Daniel “Danny” J. Dysart, a litigation associate in Baker Donelson’s New Orleans office, concentrates his practice in energy, environmental, product liability and mass tort matters. His trial experience includes multi-district, class action and mass action litigation, including litigation stemming from the BP oil spill in the Gulf of Mexico. He can be reached at ddysart@bakerdonelson.com.