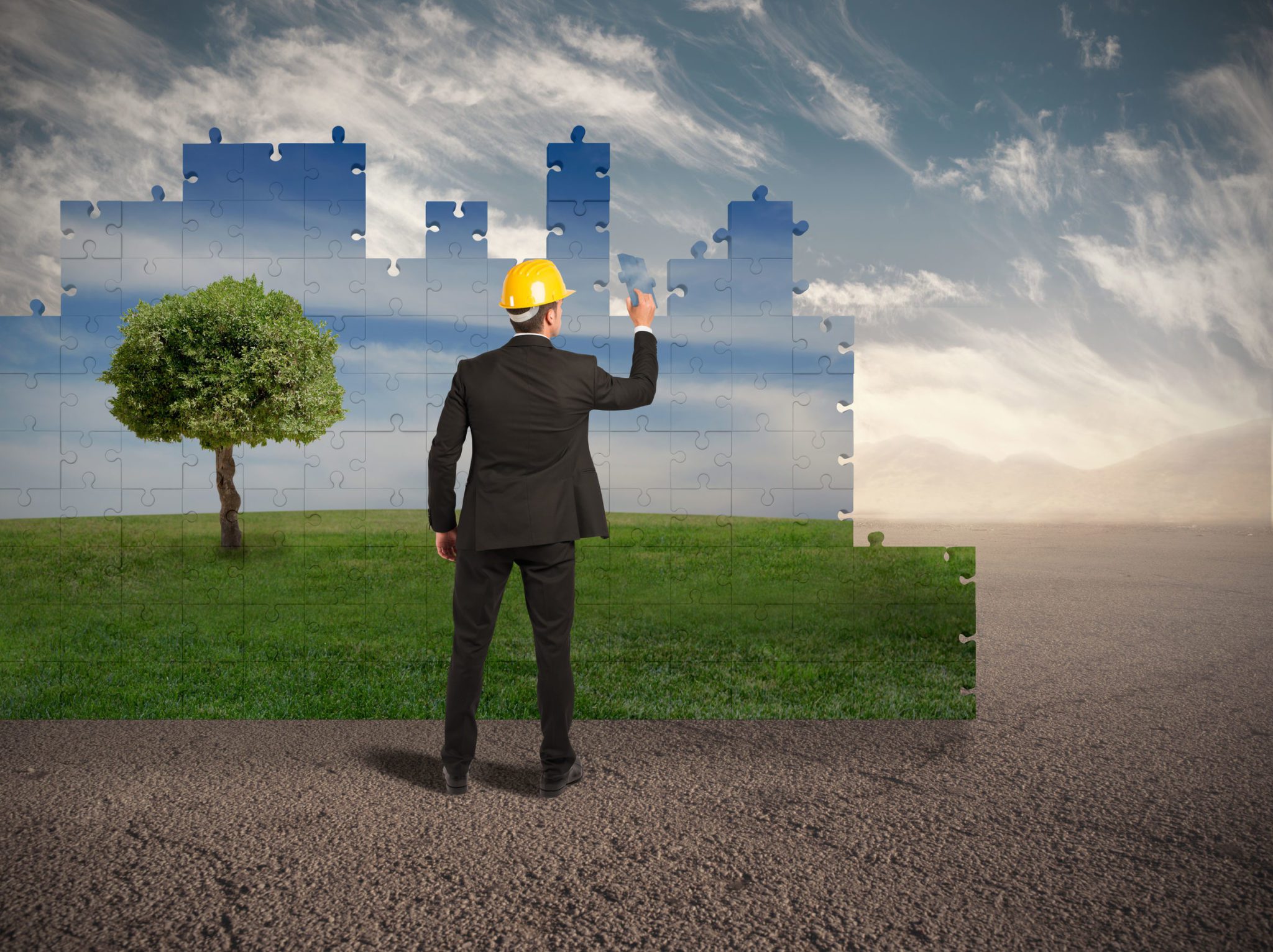 From March 14, 1910, to September 10, 1911, millions of gallons of oil gushed out of a pressurized well in Kern-County, California. Known as the “Lakeview Gusher,” over the course of 18 months approximately 9 million gallons of oil poured out of the Midway-Sunset Oil Field in what is still the largest oil spill in U.S. history.

Over the next century, the American oil and gas industry continued its feverish growth to supply an increasingly energy-hungry country. Oil spills of varying sizes and environmental impacts proceeded to give one black eye after another to an industry that had effectively drilled itself into an essential spot in the American infrastructure and economy.

Nevertheless, over a century after the Lakeview Gusher dried up, the amount of oil that spilled out into the environment due to drilling activities has never been surpassed. While other notable disasters have long since supplanted the “Gusher” in cultural references (more notably, Exxon Valdez and more recently, Deepwater Horizon), the reality is that while oil spills may be more frequent due to increased drilling and a massive network of oil pipelines crisscrossing the entire U.S., spills also much smaller, with a steadily decreasing environmental impact and even faster cleanups.

Oil and gas production in the U.S. is currently at an all-time high. A July 2016 CNN report even noted that President Barack Obama presided over the largest oil boom in U.S. history, revealing that by the end of 2015, the U.S. was pumping more oil than it had been in the previous 44 years.

This upward trend did not happen overnight but consequently followed almost immediately after the 2008 financial crisis.

Common wisdom would likely suggest that with the increase in U.S. oil production, oil spills should be on an upward trend. And indeed, there is some truth to that. If one considers the number of events over the amount of oil spilled, the number of spills is far greater than it was in the first 50 years of oil drilling and exploration.

Data from the International Tanker Owners Pollution Federation (ITOPF) corroborates this fact as well. Taking only oil tanker incidents into account, one study by Max Roser and published on online in Our World in Data shows that the number of oil spills per year has consistently been fewer than 10 per year since 2008. The data also shows that despite a large upswing in shipping activity, the amount of oil spilled has sharply decreased, particularly since 2008.

The NOAA Office of Response and Restoration corroborates that fact as well. On its site, NOAA states, “In [ITOPF’s] list of the top 20 tanker accidents, 19 occurred before 1990, or pre-Exxon Valdez. Since then, many oil pollution prevention rules have been put in place and ship navigation tools have been improved. One notable example being the phase out of single-hull tankers.”

Across the oil industry, the response to environmental concerns has not been one of unresponsiveness, but of quick response and adaptation.

Since 1910, the amount of U.S. oil spilled into the environment from all sources has steadily decreased. Even when one takes into account the two most substantial outliers: the Lakeview Gusher and the Deepwater Horizon incidents, the downward trend continues.

Why do we see an average decrease in the environmental impact from oil drilling? It’s a complicated mixture of market concerns, ecological concerns, better technology and government regulations.

All of these are changes welcomed by an oil industry that has for quite some time readily adopted both technological innovations and common-sense regulations that help the industry produce more energy more efficiently and with as minimal an environmental footprint as possible.

Oil Spills Are Costly for Everyone

There’s a somewhat apparent economic factor at play when it comes to oil companies and environmental concerns. Damaging the environment with poor business practices is expensive. Oil spills result in lost revenue, as well as costly cleanups. A 1999 report delivered to the International Oil Spill Conference, Estimating Cleanup Costs for Oil Spills (Etkin, et al.) revealed that the average oil spill cost per tonne was $73,156.90.

Estimating cost itself includes a complex web of considerations, including geographical location, season, spill amount, regulations, liability compensations and more. The cost to a company is high and extends beyond just the loss amount for the product, which can be low in comparison to other cleanup costs. Montewka, Weckström and Kujala (2013) utilize Bayesian econometrics to explore a different model which raises the cost estimates in some cases.

To see how oil companies are fast adopting new tech to both help the environment and their bottom line, one needs to look no further than America’s burgeoning hydraulic fracking industry. Here, clean water is almost as precious as gold and is at times difficult to come by.

Compounding this issue is a sometimes confusing Clean Water Act. Recent arguments heard before the Supreme Court focused on how “waters of the United States” is defined. According to Mark Barron of the law firm BakerHostetler, an unclear definition of the term creates economic problems for just about everyone involved.

“For land owners, developers, farmers, ranchers, energy companies, and others, this variability adds uncertainty to important aspects of planning and development,” wrote Barron, also stating that the lack of consistent enforcements results in “costs and delays that frequently make projects uneconomic with little or no commensurate environmental benefit.”

Many energy companies that rely heavily on water are turning to more environmentally friendly and cost-effective solutions to both access and reuse water. Water reuse has always been complicated, given that water used in the hydraulic fracturing process can quickly become unusable as it collects all forms of detritus. Clarified water is optimal, and the less pure the water gets, the more unusable it becomes as well.

Quite often, that wastewater is pumped into the ground to get rid of it. Notably, this can create small earthquakes, as we’ve seen in Oklahoma and parts of Pennsylvania. Water reuse can help minimize this situation, although up until recently, the clarification process has been expensive and often dangerous.

Water reuse has typically involved the use of harsh and often toxic oxidants, specifically Chlorine Oxide, which is explosive under pressure. These oxidants are also highly corrosive and often cannot easily be released back into the environment. They can also be expensive, although less expensive than constantly trucking water to and from a drilling site.

Damon Waters of Clean Chemistry is hoping to change all of that. Waters and his partner Wayne Buschmann founded Clean Chemistry in 2012 with one vision: “Revolutionize water management through advanced chemical process solutions.”

The company is on its way to doing just that with its signature product, PeroxyMAX. Using PeroxyMAX, drilling companies can reuse wastewater any number of times. According to Waters, this is because their product is “cheaper all-in,” and that their “residuals are biodegradable.”

“There are numerous Chlorine Oxide accidents that happen in the oilfield,” Waters added, stating that using their product provides “worker safety and pad safety advantage.”

But the real benefit to what Clean Chemistry has to offer is the environmental aspect. That their product is biodegradable means that, unlike the harsher oxides that have been more popular, oil companies do not need to worry about negatively impacting the environment with their wastewater. And indeed, companies appear to be catching on to cleaner, safer and more economically advantageous products like PeroxyMAX.

According to Waters, the oil and gas industry has been a fantastic partner. “They’ll try stuff, and they’ll do it quickly,” he explained. “[The industry] is volatile, but they’re pretty receptive to innovation.”

Environmental Protection from O&G Is by Design

One common refrain in media, blogs, and documentaries has been that the oil and gas companies are improper stewards of the environment. Although this may have been true at one time, this was more a consequence of an industrial revolution that, from a wider standpoint, had yet to learn that proper stewardship of the environment was even possible while still earning a profit. Further, much of the negative environmental impact on the environment (most notably in the case of oil spills) was concomitant with the growth of the industry.

It necessarily follows that as the oil industry grew, so too did various drilling, refining, storage, and transportation technologies. And as it grew more competitive to meet growing demand for oil and gas products, innovations drove technology in such a direction that balancing market and environmental concerns have morphed into an indistinguishable issue.

For the oil and gas industry, the balancing act between market and environment is not an easy one; it is, however, one of economic advantage. In that sense, for oil and gas, protecting the environment through the use of technology is just part of a sound business policy. Those companies that can’t or won’t find ways to balance the concerns of both likely won’t last, especially in a tight market.