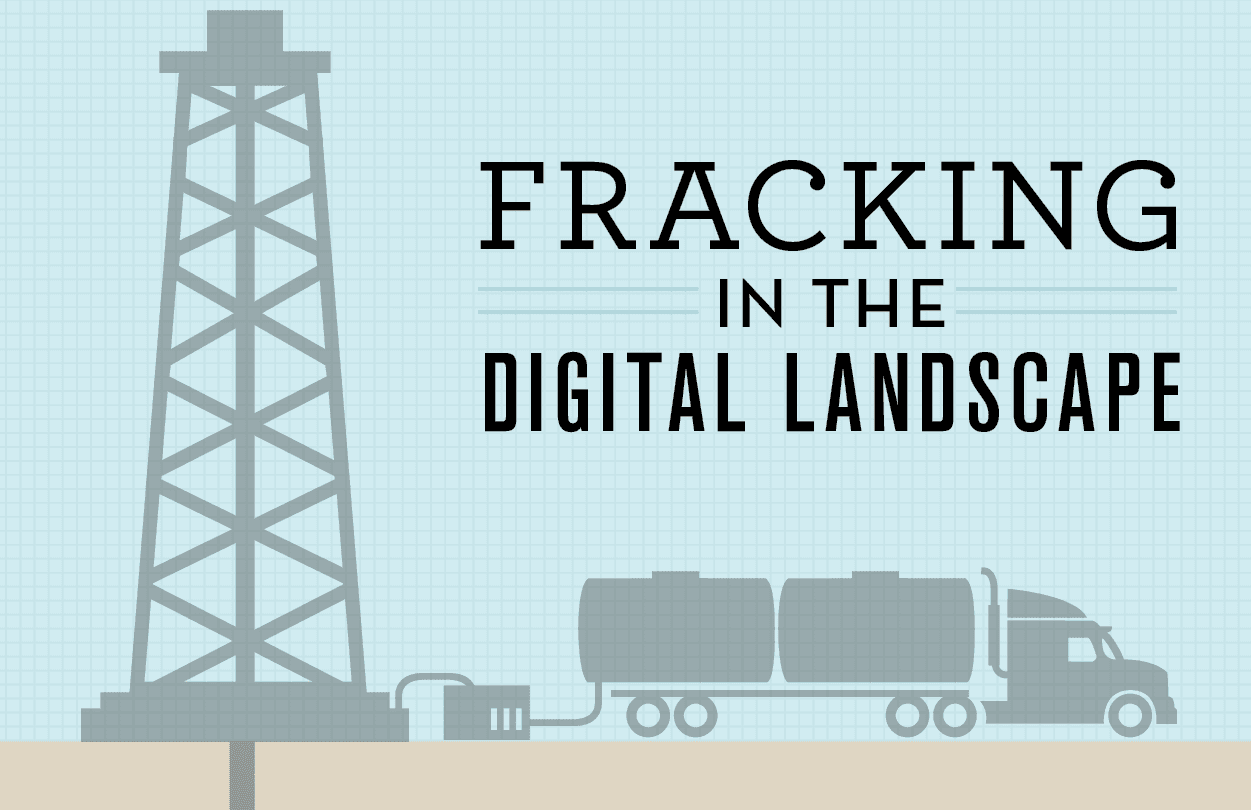 Makovsky’s energy communications experts have an extraordinary record of success helping energy clients achieve their business goals. That’s because we understand energy on a deeper level. Our energy practice is led by Andy Beck, former head of public affairs for the U.S. Department of Energy, and our staff has decades of experience working with companies just like yours.

We hope that you enjoyed some of our digital insights into the issue of fracking. The data presented in this report is a subset of the actual data collected and analyzed.

One of the most under-utilized (and under-valued) tools for earning a social license in the oil and gas industry is social media, which encompasses a whole range of online communications tools and platforms for creating and sharing content, including messages, photos and videos. Social media users can quickly and easily organize themselves into communities linked by shared interests and simply gain access to a wealth of data about a company or industry.

According to the 2013 Pew Research Internet Project, 73% of online adults use a social media or networking site of some kind, and more than 4 out of 10 respondents report using multiple social networking sites. Analyzing fracking social media mentions from January to July 2014, we found that most of the conversation around fracking is taking place on Twitter from anti-fracking activists and groups.

These anti-fracking individuals and groups are not just organizing and energizing the opposition, they’re doing it in ways that neutralize the oil and gas companies’ bigger budgets.

Google the word “fracking” and the very first entry is an activist site called “Dangers of Fracking,” which references the movie, Gasland, and urges readers to “help support the FRAC Act.” Meanwhile, here in the real world, the price of gas and oil are down; America is experiencing its first new industrial build in 40 years; and energy independence is more than just a pipe dream. There is simply no way America is going to turn away from natural gas.

All the devices, websites and platforms that support social media produce a tidal wave of data. With the help of detailed analytical tools, a company can better understand activists, identify influencers, look for patterns, refine messages, and fine-tune content on the fly.

Public attitudes about fracking are still in flux. In New York, our survey found that about a third of the public has never heard of fracking. In Ohio, almost three-quarters favor waiting on making up their mind about fracking until more studies are done. And in New York, Colorado and Texas, survey respondents agree that there should be more regulations that ensure energy companies are using fracking in a safe and responsible manner, but they also agree that the process can be done in a safe and responsible manner without harming the environment.

The information flow has irrevocably changed: from the traditional one-way “push” model common to traditional media to a new multidirectional “pull” model, in which a company and its stakeholders are on more equal footing. Now is the perfect time to effectively use digital and social media to acquire that precious social license by communicating the true story of fracking and how it will transform our world.

Here are some of our findings as well as communication recommendations for the oil and gas industry:

1. There were approximately 1.3 million mentions of fracking from January to July 2014.

2. The dominant conversation drivers are the environment and legislation.

RECOMMENDATION: To connect with audiences and shape the conversation, companies must use the insights gained through social listening to tailor their messaging and content.

3. An extremely high volume of industry share of voice is derived from negative viral stories.

RECOMMENDATION: Companies must proactively monitor for these situations and crisis communications should be applied when appropriate.

4. Anti-fracking groups are generating 2000% more Twitter impressions in the U.S. than supporters.

5. Anti-fracking individual activists are having a significant impact at the local level.

RECOMMENDATION: The industry must empower individuals with factual and interesting information, and make it easier for them to share it to influence opinions.