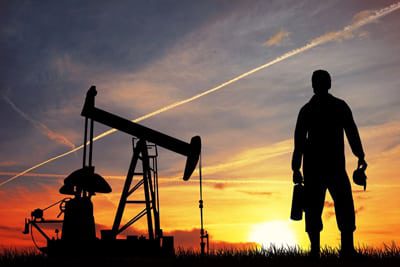 While economic conditions in the domestic oil and gas industry have improved since February, many executives have decided to move cautiously into the last half of 2016.

Crude oil prices increased from $27 in February to almost $50, and natural gas is up from $2 per thousand cubic feet (mcf) to roughly $2.75 on the NYMEX for 30-day delivery.

The industry has made big strides in adapting to lower crude prices by cutting costs as much as 40% and improving productivity, according to a report by Wood Mackenzie. The report said shale now makes up the bulk of the 9 million barrels per day (bpd) of new oil it considers commercially viable, based on an assumption of Brent oil prices averaging about $60 per barrel. That is 1.5 million bpd more than last year, and higher than any point since 2009, the report said.

U.S. oil production is down seven straight months and recently dropped below the 9-million-barrel mark for the first time in nearly two years.

The U.S. pumped 8.9 million bpd in April, according to recently released stats from the U.S. Energy Information Administration. That leaves output at a 20-month low and down by nearly 8% from April 2015, the best month for U.S. oil production since 1971.

The decline is the result of a decision by OPEC to continue production at current levels and further creating an oversupply of crude oil on the international market. But OPEC has hardly dealt the U.S. oil boom a death blow. Production is still twice what it was in 2008 and there are early signs of a rebound thanks to the rally in oil prices. Goldman Sachs recently predicted American production will continue declining this year, but then resume growing in 2017 and beyond.

The U.S. is sitting on 264 billion barrels of oil reserves, more than Saudi Arabia, Russia, or any other country on the planet, according to Rystad Energy.

There are signs the deep freeze in oil-industry spending is beginning to thaw.

Chevron Corp., Exxon Mobil Corp. and several partners recently committed $37 billion to expand an oil project in Kazakhstan known as Tengiz, one of the biggest investments since crude prices collapsed two years ago.

BP PLC also gave the green light to a multibillion-dollar gas export expansion complex. It follows the U.K. oil giant’s announcement in June that it is fast-tracking a major offshore gas discovery in Egypt. Italy’s Eni SpA is moving ahead on an Egypt field as well.

Since the start of 2015, Chevron and other big oil firms have slashed their budgets by a quarter—exceeding $30 billion overall—and cut more than 30,000 jobs to endure a prolonged period of low prices.

Independents have started to implement exploration efforts onshore U.S. and in the Gulf of Mexico.

Of more than 150 executives responding, 94% said commodity pricing coupled with the regulatory environment will require significant changes to their business models in three to five years. Executives said their top organizational priorities for the next two years are developing new growth strategies and implementing changes to their business models.

Nearly 40% believe Brent crude oil prices will stabilize during 2017 although 26% believe this will happen by yearend 2016. Brent prices are expected to average less than $50/bbl for 2016, said 88% of those surveyed. In addition, natural gas prices are viewed as continuing to stay low for the remainder of 2016.

When asked about mergers and acquisitions, 92% of respondents expect to be involved in a merger or acquisition in two years, with 38% saying asset acquisitions are more likely than acquiring an entire company.

Slightly more than half of oil and gas executives surveyed, about 51%, said they believe restructuring or bankruptcies primarily will drive acquisitions.