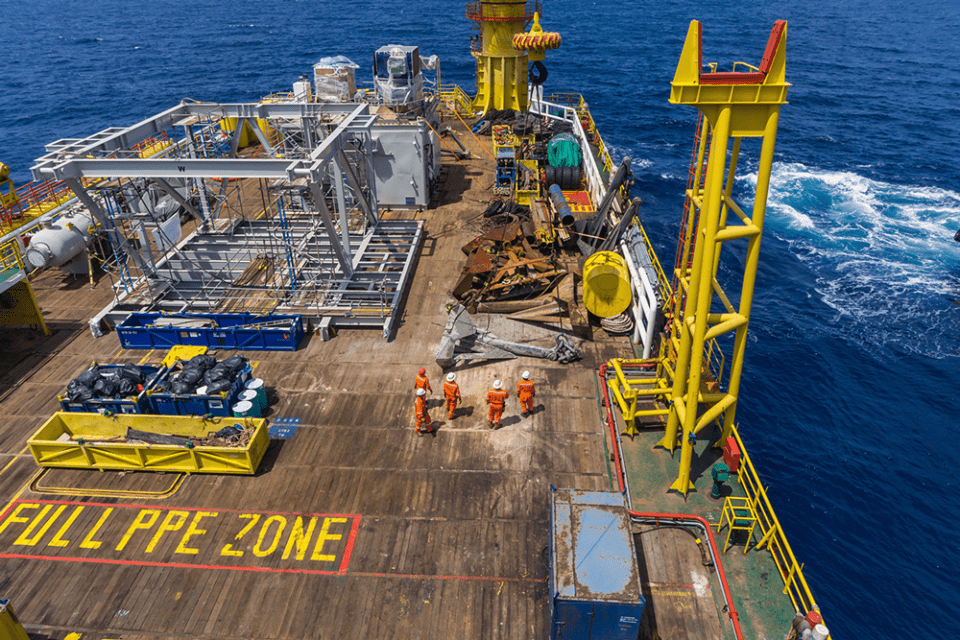 In an industry where most of the work takes place outdoors, it is important for workers to be properly equipped with the right clothing and tools to carry out their jobs. In the oil and gas industry, workers spend a great deal of time on oil rigs, often having to drill, extract, and store oil in harsh weather conditions. There have been a number of cases involving oil and gas workers who have been exposed to hazards while on the job, as a result of not having the right personal protective equipment (PPE). One study from the Centers for Disease Control and Prevention highlighted how the occupational fatality rate for oil and gas extraction workers is more than seven times greater than the rate for all U.S. workers.

As such, PPE companies have made efforts to provide oil and gas workers with access to protective wear while on the job. One PPE supplier, named Fortress, has gone a step further in providing workers with PPE by ensuring they provide thermal clothing that is both efficient and warm for workers who spend most of their day in the field. With a company mission that “No one will ever be cold again,” Fortress produces gear that eliminates the cold and keeps workers warm during frigid conditions. Dale Lewis, CEO and President of Fortress, shared how his company is enhancing the PPE sector by providing safe and efficient thermal clothing to oil and gas workers and explained the importance of producing PPE that is beneficial for workers.

Lewis was inspired to create a thermal clothing line after seeing how thousands of workers employed at a large oil provider in North Dakota, his eldest son’s employer, worked out in the cold. “Solving the cold for the workers makes for happier hardworking people. Solving this need for oil companies makes for more profitable companies,” explained Lewis. As a result, Lewis established Fortress in an effort to provide clothing suitable for the cold weather.

With much of the oil and gas industry focusing solely on fire retardant PPE, Lewis felt there was a critical need for cold weather gear. “I feel like the oil and gas industry is exceeding the needs of workers with respect to Fire Retardant (FR) clothing. Unfortunately, the emphasis on FR regulation has left workers out in the cold. Workers take their attention off the job at hand, while trying to warm up, and that’s when accidents happen,” stated Lewis. In an effort to stay warm while on the job, many workers have made the effort to wear layers and put on additional pieces of clothing which often interferes with their performance and ability to work effectively in the oil field. “Old technology is to “layer up.” I see oilmen wearing five to six layers of clothing attempting to stay warm; unfortunately, they are just putting on more weight,” Lewis expressed. To combat this issue, Fortress designed its clothing to provide adequate warmth without excessive layers.

Lewis shared a few of Fortress’s designs that are being worn by many oil and industrial workers along with the benefits each design offers to workers. “Our Extreme Jacket/Pant and balaclava are rated to -40°F and still comfortable to 50°F. Our standard Base Layer is comfortable from -5°F and still comfortable to 70°F,” Lewis explained. Lewis also shared how their oil/industrial workers are primarily using their Extreme Pants, Extreme Jackets and FR balaclava (hood, under a hardhat). “These garments are worn under their summer FR coveralls. Workers appreciate the Fortress Extreme gear because it’s lightweight. Most workers go from wearing five to six layers to three (basic underwear, Fortress gear, and uninsulated FR outer layer). When you mix the BasePro with the Extreme, we have oilmen reporting they’re “having a great day in Fortress at -70°F [and] never [getting] cold,” Lewis further explained.

Fortress’s innovative designs are due in part to its technology, putting it a step above other PPE suppliers. Lewis explained Fortress was issued a patent for revolutionary technology. “I think it was our technology that ultimately got us on ABC’s Shark Tank. Our claims of warmth with fewer layers and warmth even when wet sound too good to be true, but technology delivers the performance,” Lewis expressed.

While Fortress is taking charge to make the PPE sector more efficient and productive for oil and gas workers, there are various outside factors that are preventing other suppliers from doing the same, thus hindering the flow of PPE that would be beneficial to workers. “From the exposure I have, government regulators and safety managers have created an environment that is crippling production. In general, our society has too many lawyers and not enough engineers and too many engineers who haven’t spent time on a rig or in the field to keep in touch with reality,” stated Lewis. Now more than ever, oil and gas workers need adequate protective gear to properly perform their jobs and are depending on PPE suppliers to deliver. As Lewis stated, “The best method to bolster personal protective equipment is to produce more efficient gear. Increased productivity equals increased profits. It really is a win/win.”

Fortress is consistently focused on finding ways to serve oil/industrial workers, keep workers warm and safe, and improve its products. Its value proposition for customers is increased safety, increased employee morale, and increased productivity. Now more than ever, oil and gas workers need access to reliable and efficient PPE to comfortably carry out their job functions, no matter the weather conditions or other hazards posed by working outdoors. “These are tough times in the oil industry. Increased efficiency and increased safety are going to help oil field service companies stay in business and grow into the future,” stated Lewis.