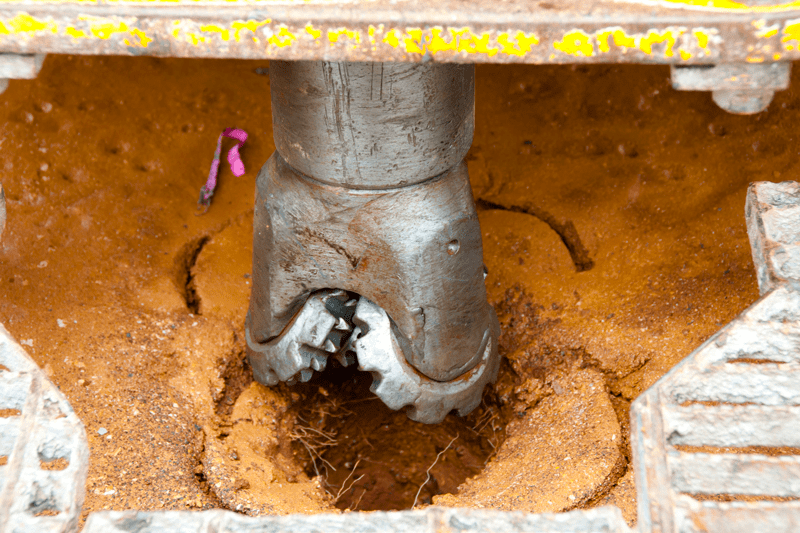 In the oil industry, project calculations are made based on two values: time and investment, making it clearer than ever that time is money. For this reason, it is sought through different disciplines to reduce operating times.

The second of the tasks in the processing line of the oil is the drilling of wellbores and it is here where more non-productive times are shown, according to the document created by Chris Rhodes (Vice-President of Technology of BP). It explains that the non-productive times on the construction of an oil well represent 20 percent of the time that is consumed with the rental of equipment. In more difficult fields, this percentage tends to rise.

On the other hand, Schlumberger is a pioneer in the management of non-productive times. As mentioned by their specialists, the total time of a well is 40 percent affected due to loss of operational time, which is why they developed different methodologies to identify and mitigate the NPT.

If we pay attention to what DALEEL expressed, it indicates that the rental price per day of a drilling rig in North America can range from $10,000 for 1,000 hp drilling rigs and reaches values of $27,000 per day with drilling rigs such as 2,000 hp ones. Whereas in the Middle East the prices per day for the same range of drilling rigs are from $15,000 to $45,000. This is without taking into consideration the prices in countries that are under code of war, in which case, the sum per day increases considerably.

Considering this investment, drillers seek to increase the penetration rate of feet per minute, fluid engineers streamline resources to make changes in drilling fluids in record time, and geologists chart an ideal path for drilling regarding traps and failures.

There are also reservoir engineers who analyze how invasive drilling can be in the area of interest, if it is done aggressively with high mud densities. In this equation of disciplines, there is no common thread and this is when a particular field comes into play: geomechanics.

Geomechanics is a branch of geology and mechanics, which studies the mechanical behavior of the subsoil but, for this to come to fruition, it needs information from all disciplines immersed in the project of an oil well, taking geology as a spearhead, and, therefore, drilling, deposits, production, well operations, petrophysics, geophysics, and sedimentology.

The use of the information provided by the other disciplines creates a scheme for geomechanics with separate points. Here, the need is for optimization and turning the non-productive times of a wellbore into productive times. At the time of making an incision in the Earth, the natural balance of the subsoil is altered; in this case, geomechanics is in charge of understanding what impact is being caused and what methods can be used to mitigate it.

Several companies have entered the difficult battle of fighting the NPT, but all of them employ the use of geomechanics to detect and face the reasons why downtime is experienced in borehole operations that could be avoided. For example, there is Halliburton with the Landmark Drillworks package, which ensures that 44 percent of non-productive times are the product of the lack of awareness of the geopressures in situ.

Different companies have used geomechanics to reduce non-productive times. One is Schlumberger which, in cooperation with geomechanic Marcelo Fridman, developed a working methodology in which a geomechanical model is performed, with the task of identifying the static and dynamic background of a wellbore, as well as the track record of drilling and delivering an optimization of the drilling window.

In the beginning, it consisted of:

With the collection of these data, it is possible to deduce which factors must be managed to maintain the stability of the borehole; this in turn avoids operational problems such as pipe gluing, loss of circulation or gas influxes.

Step 2 of the methodology talks about what the future may be. This step details the operational events that are related to the stability of the borehole. In this way, it is known what to anticipate in the future, and also allows the engineer to know what fluid’s density causes a problem in which formation.

The calculations of the mechanical pressures that affect the rock, whether elastic and resistant, allow us to know the extent to which the rock resists the pressure of the fluid and even to infer what type of drill bit is the most efficient.

Stratigraphic mechanics and the structural model provide a general overview of the formations to be drilled through, as well as the possible failures to be found, which allows us to trace a trajectory that goes hand in hand with the stresses field.

The failure calculation provides the necessary information to go further in the matter of the material. Despite not being so used in drilling, it provides insights for possible hydraulic stimulations that can be performed in the field.

Using a combination of this information, what is known as an optimized drilling window is obtained.

Despite the fact that this type of methodology is used to reduce the negative working times almost entirely, it was only applied in fields where the information needed to create the model was readily available. In the light of that, and the need to use this weapon from the start against the lethal NPT, companies like Schlumberger saw a business opportunity and began to apply analysis in real-time.

Resources are tests that are normally performed on a wellbore during drilling, such as:

These, in addition to the experience in adjacent fields to the area, provide operators a very close view of reality. This type of system is operated in real-time so that the variations that each drilled wellbore has can be modified and thus maintain synchronicity of events. This modality has favored even exploration projects, as it provides a friendlier path for the planning and execution of the new exploration wellbores.

If an exercise about time regarding money is done, it can be inferred how much theoretical savings exist when identifying operational problems caused by borehole instability, using DALEEL data discussed above.

In the case of a wellbore to be built in North America with a 2,000 hp drilling rig, the work is planned for a duration of 180 working days. Knowing that each day has a cost of $27,000, in terms of drilling rig rental, we have $4.86 million. Three scenarios in which the operating company could find itself are proposed, adding to these 180 working days the percentage of the NPT.

Chris Rhodes’ case is the most optimistic and presents a downtime of 20 percent in non-productive time, therefore: 20 percent of 180 days equals 36 days. With a 36-day increase on the planned 180 days, the investment’s difference is $960,000.

On the other hand, Schlumberger holds the NPT accountable for 40 percent of the time, which would mean 40 percent of 180 days equals 72 days. The extra investment for a 72-day drilling rig rental extension is $1.9 million.

Therefore, it is clear that the nemesis of the initial investment of an oil project is the downtime, or as it is called in the field “NPT” (non-productive time). On the other hand, the solution to non-productive times is the development of an optimal drilling window through the use of geomechanics because, in addition to ensuring provision of a guarantee on the construction of a wellbore, it stimulates the creation of new oil wells in the field to become more attractive due to the recognition of the enemy, that is to say the geopressures.