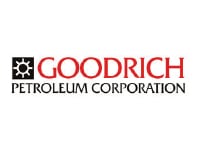 Goodrich Petroleum Corp., one of the most active companies drilling in the Tuscaloosa Marine Shale formation in Louisiana, has filed for bankruptcy.

On Apr. 15, the Houston-based company filed for reorganization under Chapter 11 of the Bankruptcy Code in the United States Bankruptcy Court for the Southern District of Texas, Houston Division. The filing will allow for restructuring of the company’s balance sheet that will in turn strengthen the financial position of the company through the reduction of long-term debt and enhancing financial flexibility.

Goodrich will eliminate around $400 million in debt from its balance sheet, deleveraging its capital structure, which will then position the company strategically for long-term performance in an improving commodity price environment. Secured creditors would receive new stock and the company would not pay anything to owners of $224 million in unsecured debt.

The Restructuring Support Agreement will also provide for the company’s executive management to remain with the company, which will allow for their operations to continue as normal during the court-supervised financial restructuring, along with royalty payments and operating expenses.

The company also has interests in the Haynesville Shale in northwest Louisiana and east Texas.

Goodrich focused on development in the Tuscaloosa Shale formation in southwest Mississippi and the Florida Parishes of Louisiana, where wells were costly to drill when prices began to fall. Drilling activity quickly fell with it.

Goodrich expects to maintain liquidity to continue its operations and normal business during restructuring. The company filed multiple motions with the Bankruptcy Court in support of their restructuring and made note that they fully intend to continue paying employee wages and provide benefits without interruption during this process. Goodrich also expects to fully pay its suppliers and venders under normal terms for goods and services that are provided on or after the Chapter 11 filing date.

Following restructuring, Goodrich said it will focus spending on increasing gas output in the Haynesville formation, while spending a smaller amount of the exploration budget in the Tuscaloosa Marine Shale.

Goodrich expects to receive Bankruptcy Court approval for the requests in its motions and will remain a publicly held company.