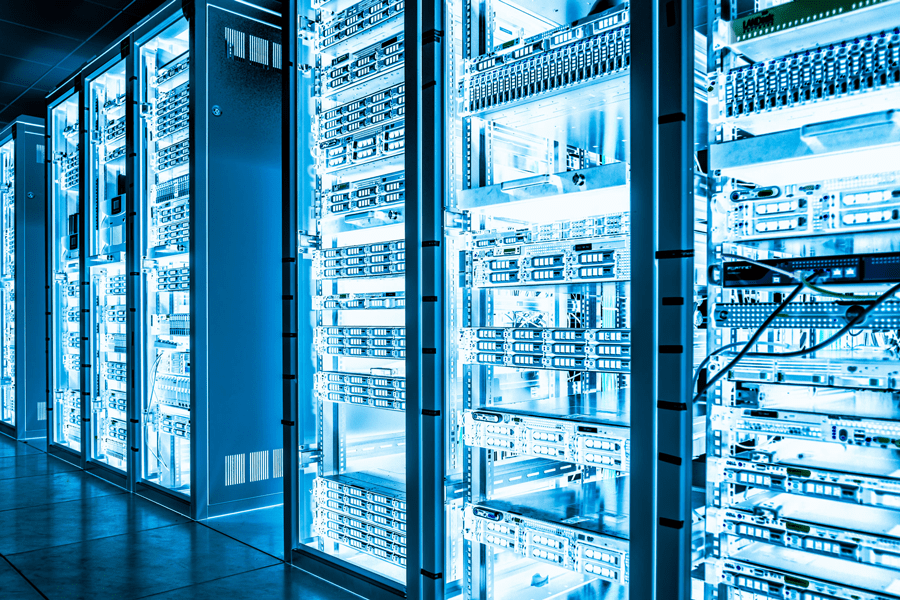 In the next 15 years, machines such as servers, sensors, and other devices will outnumber humans by more than 100 to one. As these machines continue to proliferate, they are generating an unfathomable amount of data – so much that it’s virtually impossible to quantify. Theo Schlossnagle, founder and CTO of Circonus and a widely respected computer scientist, estimates that machine data is growing at the rate of 1×10 to the 12th every ten years.

Not only is the volume of machine data increasing rapidly, but its importance is rising dramatically as well. In fact, machine data is so dense and rich with potential value, it will dwarf traditional business intelligence as the next frontier of competitive advantage. The key to mining the full value and potential of machine data is the ability to capture all the data, at the speed and frequency it is being generated, and be able to retain that resolution of data without limit. This is what makes machine data intelligence possible.

Machine data intelligence is the ability to gather and analyze vast amounts of machine generated data, including data from sensors, systems, and connected devices, to achieve new levels of insight that drive smarter operations, better decision-making, and new business opportunities. Machine data intelligence is especially critical in industries where getting it right is mission critical, and where the ability to harness and analyze vast amounts of data in real-time is critical to success and where good enough just isn’t good enough. There is perhaps no better example than the oil and gas industry, where the industrial era is entering the digital era – unleashing both challenges and enormous opportunities.

The Energy Information Administration (EIA) projects that fossil fuels will still supply 70 percent of the world’s primary energy demand in 2050, and overall energy demand is expected to increase 50 percent by that time. Oil and gas operators and service companies are under enormous pressure to maximize yield from well investments to meet this increasing demand. The industry has been relentless and innovative in its quest to maximize production, but even with advances in techniques, like horizontal well drilling and hydraulic fracturing, operators still only manage to capture about 10 percent of the potential product from the ground. The use of specialty chemicals can help improve yield to a certain extent but the vast majority of the product is left unexploited.

As a result, the industry has been forced to drill even more wells in order to meet demand. This results in tighter well spacing which brings its own set of challenges, including poor completion efficiency, parent-child well interference, and frac hits, which occur when the hydraulic pressure applied in a child well impacts the operations of the parent well. They can be very expensive in terms of damages to production tubing, casing, and well heads, but they can also result in a substantial reduction in parent well production, causing economic losses in the millions of dollars.

So, if the limits of mechanical and chemical capabilities to produce results are being reached and there is a finite amount of product in the ground to be captured, where does that leave the industry? Enter the industrial internet of things (IIoT) and the application of machine data intelligence.

In the modern oil and gas industry, critical data is always flowing and, in some ways, it’s just as valuable as what’s coming out of the ground. A modern-day platform in the oil and gas industry can have some 10,000 sensors emitting sub-second information. The machine data produced by sensors and systems in the field contain invaluable insights, such as the health of a wellhead, the viability of an exploration site, and the performance of critical equipment. Every aspect of production can be monitored and measured: every platform, every well, every wellhead, every segment. That data could be used for optimizing operations, predictive maintenance, compliance with insurance programs, and even to enhance worker safety.

Yet, too often, companies are not able to analyze this data fast enough, frequently enough, or deeply enough to drive next-level value and performance. Remarkably, it is estimated that oil and gas companies use only about two percent of the data they generate. In fact, Cisco estimates that a single oil rig can generate over 1TB of data on a daily basis, but less than one percent of that data is used for decision making. To be sure, there are challenges including network constraints, latency, and downtime. Platforms and wells are in notoriously rugged locations where transmission of the data can be incredibly difficult. Having said that, imagine the value and insights that could be gleaned if companies could harness not just some but all of their data.

High Frequency Analytics – A Game-Changer for Oil and Gas

If you are an operator or a service provider in the industry, there is good news. The technology to harness the ocean of machine data being generated by your sensors and devices has also evolved. New machine data analytics platforms are now capable of ingesting and analyzing trillions of measurements a second in real-time across billions of individual metric streams. More than what is needed to capture and analyze all of your data to drive better decision making and optimize well production. Even the technology to collect and ingest data from remote locations has evolved to overcome network and latency challenges.

For those who are willing to try new technology and new ways of working, high frequency analytics can be a source of invaluable competitive advantage and save companies millions in operating costs. Here’s how:

Every percentage point increase in well production is incredibly valuable. Combined with the latest advances in drilling techniques, high frequency analytics and machine data intelligence can be a force multiplier in the field – maximizing production while simultaneously monitoring for and avoiding dangerous and expensive frac hits.

Harnessing machine data intelligence can generate enormous business value and competitive advantage. With oil and gas operators facing a host of challenges related to costs, performance, and employee safety, millisecond reaction time from any type of sensor in any location translates to a real and measurable impact. The opportunity to take advantage of the extraordinary business insights hidden within your organization is here now.

Bob is a veteran technology CEO with more than 38 years of experience working with a broad range of commercial, government, academic, and non-profit organizations.

Prior to Circonus, Bob was the CEO of Cloudamize, Artisan Mobile, and Boomi, and president of SCT Global Education Solutions. Bob began his career with 19 years at EDS, initially in systems engineering roles, and later as a senior executive leading operations in England, Hong Kong, and Australia.