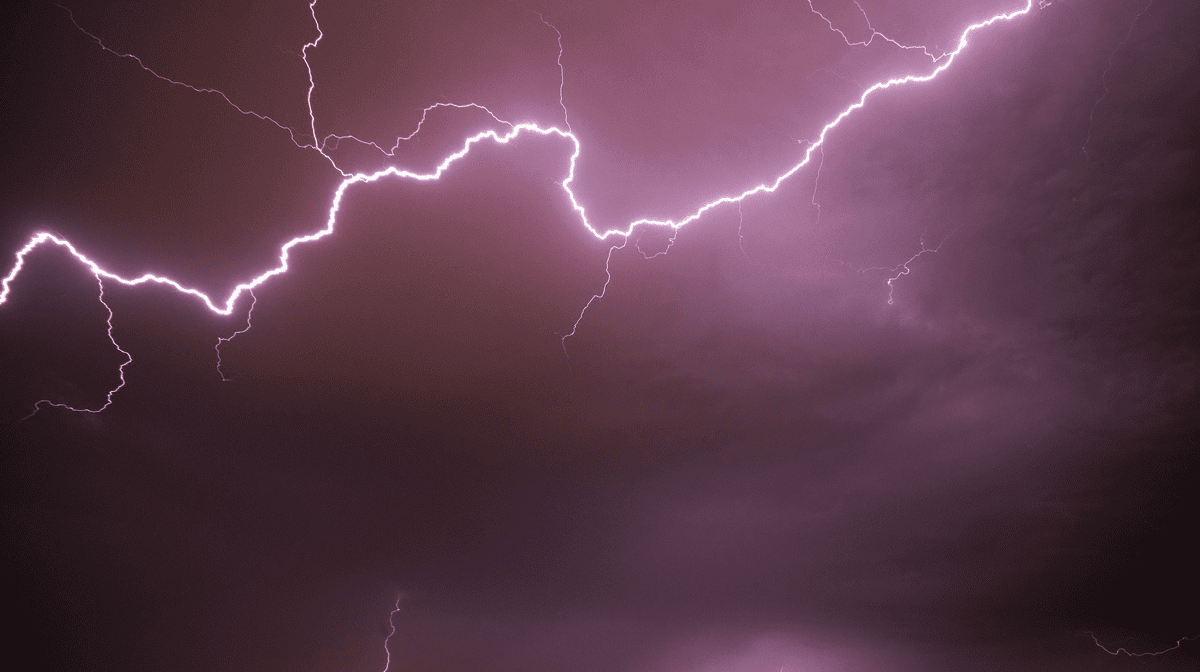 We’ve all heard the old saying that “lightning never strikes the same place twice.” But contra-ry to popular belief, lightning can — and often does — strike the same place more than once. In fact, it is estimated that about 100 cloud-to-ground lightning strokes reach Earth’s surface every second. In the U.S. alone, about 70 million cloud-to-ground lightning flashes are recorded annually — and that has the potential for trouble in the American oil and gas industry.

Throughout 2018, the U.S. rig count has slowly and steadily escalated with the reactivation of sanctions on Iran and its crude oil exports. As a result, America’s oil and gas industry is strong and stable right now, but when you look at the top states for oil production in the country, half of them are coincidentally among the top 10 states that saw the most cloud-to-ground flashes last year. Lightning can strike anywhere, at any time, and when oil and gas industry infrastructure finds itself in the path of a storm, there can be incredibly damaging consequences. Just a single lightning strike can cause disastrous damage, costing companies millions of dollars in downtime, product loss and liability.

As the climate continues to change and extreme weather events involving lightning happen more frequently, the potential for damage to oil and gas industry infrastructure increases, and as a result, the likelihood of a safety hazard, fire, explosion, chemical release and/or oil spill grows as well.

Both up- and downstream activities are vulnerable to the dangerous impact of lightning, yet no oil-rich states have rules in place requiring these sites to install lightning protection equipment. In our experience, however, existing lightning protection measures, such as grounding of equipment or the installation of lightning rods or circuit breakers, may not be sufficient. Lightning tends to strike the tallest infrastructure at a site, be it a vent, roof, stack or tower, but it can also strike oil storage facilities, refineries, oil tanks, tank batteries and other oil and gas industry infrastructure. And despite the widely held belief that they are “grounded” to the ocean, offshore rigs and platforms are vulnerable to damage caused by lightning as well. In fact, the advanced electrical and electronic systems on offshore rigs can be particularly vulnerable to both direct strikes and secondary surges.

Even buried pipelines are at risk. Earthing the pipeline (by way of surge diverters) protects personnel and equipment who may be in electrical contact with it but does nothing to protect the actual pipeline. Underground steel pipelines are often covered with a protective coating, such as a polyethylene sheath, but when lightning strikes nearby the pipeline, the protective sheath’s insulation may be destroyed by the lightning surge.

Interference voltage resulting from a nearby lightning strike can cause wear and tear that re-sults in corrosion damage. Lightning produces stray currents and electromagnetic fields that are introduced to the pipeline through the ground, changing its potential, and as a result, causing AC corrosion. Corrosion leads to leaks, which can cause severe damage to property and the environment. Lightning actually exacerbates that damage and can eventually put a hole in a pipeline.

Most Damaging Strokes of Lightning

Beyond risks associated with fires, explosions and the release of hazardous materials, lightning can also cause the complex and interlinked infrastructure that composes the oil and gas industry to see power surges, process upsets and power failures. And the culprit of the most damaging destruction are cloud-to-ground lightning strokes that contain continuing current.

These strokes can last up to 1,000 times as long as a typical lighting stroke and are more likely to cause fire or other extreme heat-related damage. Identifying lightning strokes with continuing current is crucial to determining total charge transfer, a parameter highly valued by the oil and gas sector as well as companies impacted by the transfer of electric charge. While continuing current strokes account for just less than 10 percent of all cloud-to-ground lighting strokes, the sheer number of storms with lightning makes even this small percentage significant.

Identifying how lightning, including continuing current strokes, will impact the oil and gas industry is vital to the long-term security and reliability of the industry. With hundreds of millions of dollars in assets at risk, the ability to detect the location of the most destructive lightning helps crews prioritize where their lightning inspections should happen first, making the time it takes to discover and then fix the damage much more efficient, which ultimately saves oil and gas companies money.

No matter the number of strokes coming in contact with important infrastructure, managing the damage caused by lightning costs time, money and resources to repair. While the industry continues to evolve in the area of infrastructure protection, finding ways to track lightning to ensure both safety of personnel and to keep infrastructure operational is essential to the industry as a whole.

Brooke Pearson is the Lightning Global Solutions Manager at Vaisala. He works with organizations to help them better manage the threat of lightning on their operations.