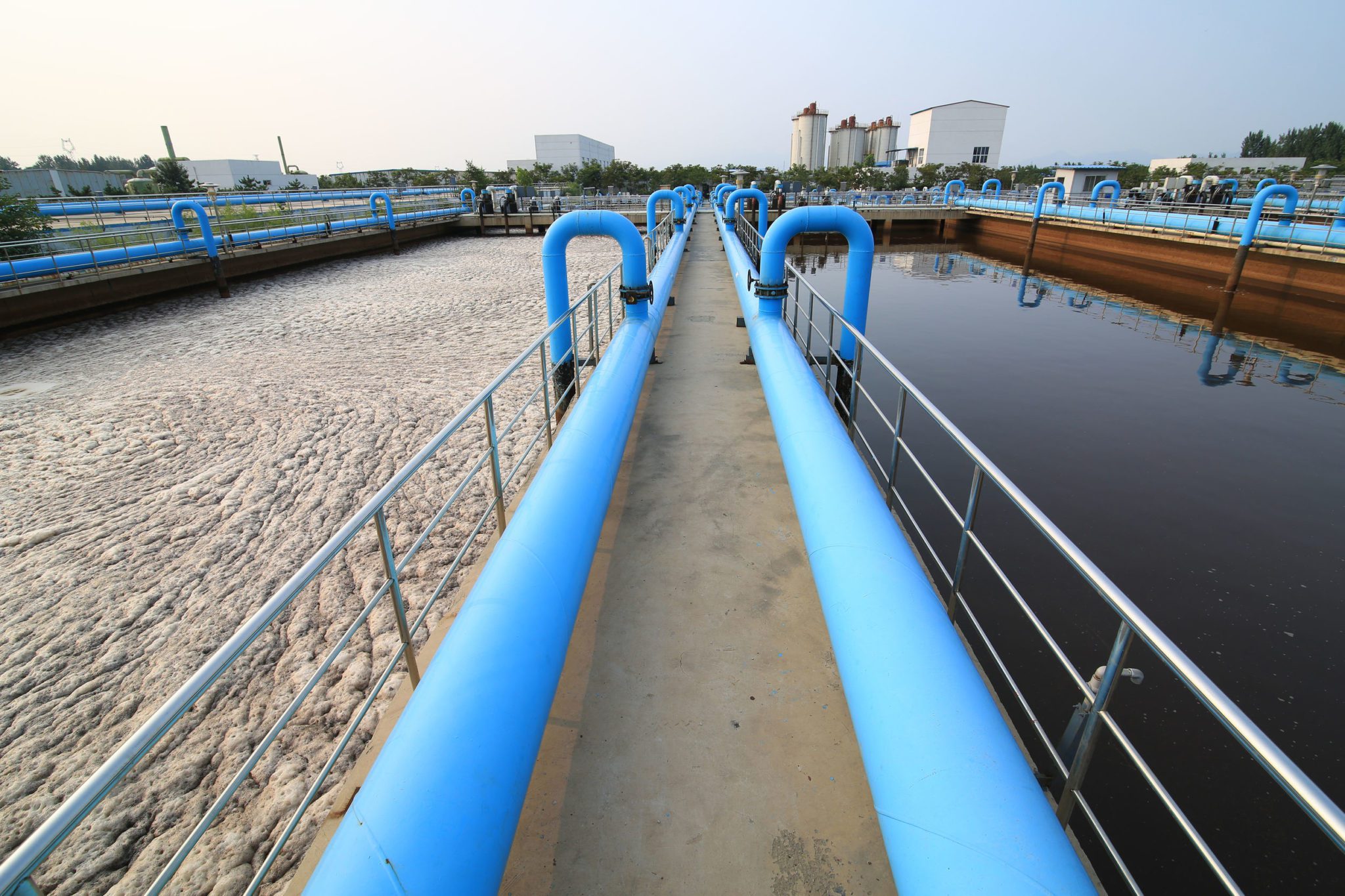 Waste and water management are perennial challenges for the oil and gas industry. While issues related to environmental stewardship have always been important concerns, in recent years they have taken center stage. The industry’s recent growth, fueled by an adoption of new techniques, has driven a fundamental change in the industry’s footprint.

This rapid change has necessitated an equally rapid evolution in the infrastructure needed to satisfy the environmental protection demands of oil and gas producers. Production from horizontal drilling and hydraulic fracturing in shale basins is one of the most important and quickly-growing sectors in oil and gas, but production in these basins brings a new set of waste management challenges.

Projections from the U.S. Energy Information Administration estimate that shale gas will account for approximately 46% of the U.S. natural gas supply by 2035, while tight oil production from shale sites will climb to 63% of total U.S. crude oil and condensate production in the same period. Moreover, these basins often are found in more populated and environmentally sensitive locales than older, more mature production, which amplifies the pressure to find new, innovative ways to responsibly manage the associated waste streams.

Waste products are created at every stage of the oil and gas exploration and production cycle, from exploration to abandonment. All of these wastes have the potential to harm the environment and impact worker health if they are not properly contained, managed, or disposed.

Also known as brine, saltwater, or formation water, produced water is by far the largest waste stream from oil and gas exploration and production. Each year, the wells in the United States generate approximately 21 billion bbl (barrels; 1 bbl = 42 U.S. gallons) of produced water, or 2.4 billion gallons a day. This highly saline water can be contaminated with oil and grease, organic and inorganic compounds, and naturally occurring radioactive materials (NORM) which can build up to significant levels in the sludge and scale which occurs in pipes. Thus, produced water is usually not treated in traditional municipal wastewater treatment plants; rather, it is typically injected either back into a productive oil formation to support reservoir pressure, or into a dedicated disposal formation.

These fluids are used to aid in the drilling process. They lubricate the drill bit and string and act as a coolant for the bit, which heats up under the friction of drilling. They also circulate to carry out the drill cuttings (rock fragments and dust which are produced by the action of drilling.)

Drilling muds are composed of base fluids (which may be water, diesel, or synthetic fluids) as well as additives which aid lubricity and viscosity to prevent the fluid from being lost in formations and to add weight and volume which helps to keep the drilling hole open. Different fluids have different levels of potential toxicity to the environment; generally, water-based fluids have the lowest impact and are thus used to drill through the shallow fresh water-bearing formations.

When used offshore, spent water-based drilling fluids are often discharged into the sea, while they are often land-farmed (ploughed into the topsoil) in onshore developments. The key limitations on disposal of water based muds are typically residual hydrocarbon content in the mud (offshore) and the chloride (salt) content (onshore). While shallow holes are typically drilled with water-based muds, deeper and longer wells (such as those found in deepwater or in long horizontal wells in onshore shale basins), however, require the use of oil-based muds (OBMs) because of the greater lubricity they provide.

The base fluids for these muds are usually mineral oil or diesel, which carry hazardous constituents that can harm the environment if not discharged to the sea or the land. Because spent muds are liquids which contain a large fraction of solids, they are a challenge for traditional disposal infrastructure: they are too wet for the landfills that specialize in solid wastes from the oil and gas industry, but have too many solids for the injection wells that handle the bulk of the industry’s produced water.

Therefore, significant resources are expended during drilling to recycle as much of these OBMs as possible. Slurry injection is a technique first invented and put to practice by ARCO Oil and Gas to enable the disposal of decades of legacy wastes kept in surface pits at wellsites in the arctic. This method adds repetitive hydraulic fracturing in a disposal well to enable the disposal of these high solids-content liquid wastes. As such, it is a strong fit for spent drilling muds. Other recent innovations have led to synthetic-based muds with better performance, easier recyclability, and lower toxicity.

When the well is being drilled, rock excavated by the drill bit to create the borehole (called “drill cuttings”) are produced and carried to surface by circulated drilling mud. The drill cuttings are wet with drilling fluids or muds used to circulate them to surface, and as such have similar hazards to the muds. One notable difference is that because the cuttings are drier to begin with than the fluid mud, they are more easily sent to E&P landfills.

As previously mentioned, specially engineered fluids are used in hydraulic fracturing. They are pumped at high pressure into wells to open up fractures in rock within the hydrocarbon-bearing formation and to carry sand to keep those fractures open once the well is put into production. This fracturing is generally done in stages, and with each stage there is some amount of fracturing and formation fluid which flows back to the surface (“flowback” or “fracture fluid returns”).

Because of the large number of fracturing stages conducted when horizontal drilling and hydraulic fracturing are used together in a well, as is the case in shale basins, the volume of fracturing fluid returns can be very high. These fluid returns bring back chemical additives, formation hydrocarbons, and other contaminants and therefore must be carefully contained. Most often, these flowback fluids are sent to disposal wells where hydrocarbons are recovered for sale, and the remaining flowback fluid is filtered and the injected into a disposal formation.

Resource Recovery and Recycling, and Disposal of Unrecoverable Wastes

The philosophy of “reduce, reuse and recycle” before disposal is as applicable to oil and gas industry waste as it is to our own household waste. This is an area where scientific advancement and innovation in new green tech have the potential to transform the way producers deal with their waste. Specialist techniques such as thermal desorption, osmotic filtration, fluid softening, and electro-kinetics allow companies to extract and use (or sell on) valuable materials from E&P waste streams.

Recovering valuable fractions from all types of oil and gas waste doesn’t just reduce the environmental impact of drilling and fracturing. It also opens up valuable new revenue streams, in many cases offsetting the economic cost of meeting and exceeding regulatory standards for environmental protection.

Once all of the useful materials have been recovered, the remaining unusable waste must still be disposed of in a way that doesn’t put the environment to risk. Over the years, a variety of waste-disposal options have been used: discharging liquids into the ocean, and dealing with solid wastes through surface impoundment, land application, or land filling. Each method has its own pros and cons, associated costs, and ease of implementation. This is another place where technological innovation and green thinking have opened up new opportunities for producers. More sophisticated waste management techniques, such as slurry injection, can offer an all-in-one solution for dealing with the full spectrum of gas and oilfield waste which is both economically and environmentally sound.

As we move deeper into the age of shale production, regulatory agencies, the scientific community, and industry leaders recognize that significant steps must be taken to ensure that the quest for energy resources is managed responsibly, with a focus on the health of the environment. Legislation and regulation of waste from the sector are developing rapidly, and the requirements from state to state can vary enormously in scope and detail. Keeping up can be a challenge in an industry which moves at speed. For producers who are attempting to fulfill their social responsibility and regulatory obligations while maintaining a profitable position, investing in future-proofed waste management technology is a smart move. 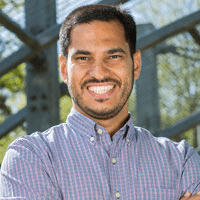 Omar Abou-Sayed received his Bachelor of Science degree in Mechanical Engineering from the University of Texas at Austin and his MBA from the Harvard Business School. Omar’s leadership experience spans the global energy, chemicals, oilfield services, and renewables industries. He is the founder and CEO of Advantek Waste Management Services, an oilfield waste management startup dedicated to preserving the environment for future generations.