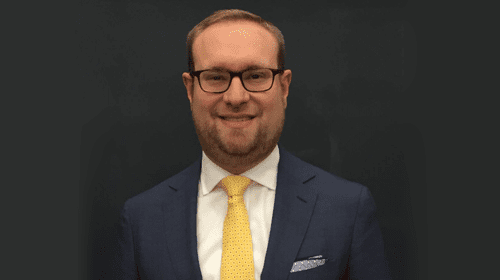 In surpassing Russia to become the largest crude oil producer in the world, the United States is poised to make the most of an energy revolution that would have seemed unlikely only a decade ago. The ramifications of this revolution could be profound for American consumers, economy, and our allies and partners around the world. However, although there have been many noteworthy achievements in 2018 suggesting a strong tailwind into the coming year for the oil and gas industry, the trend of increasing energy activism on multiple fronts portends an operating environment fraught with political and reputational risk for the foreseeable future that will hinder the industry if it does not adapt.

Certainly, the industry is no stranger to criticism and scrutiny, yet where most opposition was once a result of localized NIMBY-ism, today’s opposition has given way to NIABY-ism – not in anyone’s backyard. This has served as a demarcation into a new age of activism that is increasingly digitized, professionalized, and globalized. The risks from such activism are not simply cosmetic. Energy activism has been effective in delaying and disrupting industry projects and interests across North America over the past few years, with the consequences being lasting reputational damage resulting in greater operating costs.

There is no better illustration of the changing nature of energy activism than the developments in the midstream space. Pipeline projects used to be non-controversial but are now at the forefront of anti-fossil fuel efforts, as exhibited by Keystone XL, Dakota Access, and Trans Mountain. Energy activists have used increasingly savvy tactics that focus on strategic chokepoints, including local regulatory meetings and once-staid bureaucratic processes, in an effort to stop infrastructure projects that are critical in ensuring adequate takeaway capacity to get fossil fuels out of the ground and brought to market. If pipelines are not built to alleviate bottlenecks in production regions central to America’s shale boom such as the Permian Basin in Texas and New Mexico, let alone ensure access to safe, dependable energy to families during New England’s harshest winters, then energy activists will get closer to succeeding in their desire to eradicate fossil fuel use entirely.

That is why places not traditionally considered ripe for energy activism are facing new challenges in today’s environment, including Texas. Because of its integral role in America’s energy revolution, the Permian Basin is seeing an increase in anti-fossil fuel efforts that are being strategically coordinated and directed to where they can make the biggest impact against the oil and gas industry. As the Permian continues to grow as a hotspot for oil producers and midstream operators, activists too are likely to see it as a battleground to disrupt the growing U.S. pipeline market. With the energy of the Dakota Access protests still flowing, future pipelines in the Permian could become a magnet for activism.

In addition, recent trends in the financial sector that serves the oil and gas industry demonstrate the concrete consequences of political and reputational risk. Under pressure from environmentalists, financial institutions have divested over $6 trillion in funds, and divestment commitments could top $10 trillion by 2020. The insurance industry appears poised to be the next sector to face pressure over its ties to oil and gas, with climate groups having already called on it to ditch fossil fuels. As tensions rise between insurers and energy companies due to the damage caused by earthquakes that some allege could be a result of fracking, activists could exacerbate the situation to further undermine fossil fuel production.

To successfully navigate today’s age of activism, companies need to be proactive in anticipating and understanding this new level of political and reputational risk. Even companies that are not consumer-facing, such as midstream firms, need to think about how their brand is perceived in the public arena, because if they do not define their brand with members of the communities impacted by their work, they are allowing activists to define it on their terms and timeline. This means being more effective at engaging community stakeholders in order to make the case for fossil fuels early and often. If not, activists will control the narrative in the public arena and paint the industry as being comprised of nefarious actors. Deliberate engagement through the lens of heightened activism can go a long way towards protecting a company’s reputation and gaining the public support required to build projects and avoid delays and disruptions.

Companies should also be proactive in understanding the risks from energy activism threatening their projects and interests before they find themselves reacting in a public affairs crisis. Now more than ever, companies and their projects are being put on trial – in front of regulatory and permitting bodies, in the court of law, and especially in the court of public opinion – and having their businesses impacted by energy activists that cannot be swayed, satiated, or appeased for long. An understanding of the landscape surrounding a particular project or company allows a company to make more informed business decisions and mitigate the costs of heightened political and reputational risks.

America’s energy revolution has thus far been a boon for consumers, the economy, and allies and partners looking for a more stable, secure source of oil and gas. To build on this success, not to mention continue to advance technologies that allow for more efficient and effective production of fossil fuels, the oil and gas industry must adapt to an operating environment where scrutiny is higher than ever before, and political and reputational risks are only one viral narrative away from becoming a full-blown crisis. 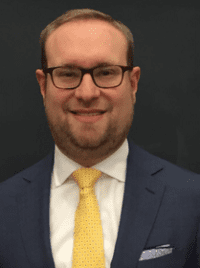 Jeff Berkowitz is founder and CEO of Delve, a Washington-based competitive intelligence firm that has worked on a number of energy projects. He previously managed research and messaging operations for The White House, several major presidential campaigns, and the U.S. Department of State.