Tim McNally: What was your motivation for founding Moblize? 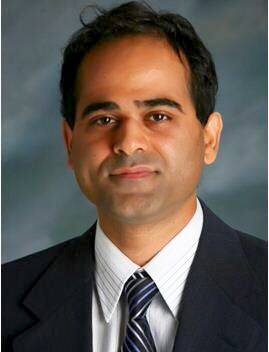 Amit Mehta: The primary reason I started Moblize was that I saw that the oil and gas industry was extremely good at hardware innovation but rather poor at software innovation. What I saw in Silicon Valley was that companies there come from nowhere and then they can create software that you and I cannot live without. But in the oilfield, barely twenty percent of the software being created was actually being used. That was the whitespace that I saw as a big opportunity and I decided to attack that in a big way.

TM: What sort of struggles did your company face during the inception phase?

AM: The biggest challenge I encountered was really finding customers. Software was unfortunately being seen primarily as a nice-to-have rather than a must-have. That was the number one hurdle when it came to trying to get customers. [H]ow do you convince someone to use something when they don’t know the product can add value?

TM: How does the real-time analysis of data help operators in the field?

AM: A lot of clients in the field had been used to making gut-based decisions. First, the question is why do you make gut-based decisions? Because you do not have access to the entire context of the information. Even if you have some of the information, there are a lot of unanswered questions regarding that information. So, what happens when you are trying to make a decision in that scenario is that you are going to end up speculating, which can result in either underestimating risk or over-exaggerating it. You have to have access to facts, not fiction.

A lot of people are not applying Big-data in the right way. We apply big-data to make workers smarter, versus trying to make the machines smarter. In the field, individuals need access to a variety of data. Big data is not about volume, it is about variety. We say, let’s first figure out what decisions you want to make in the field, in the office, or wherever you are, and based on that decision universe, let’s make sure you have all the data at your fingertips either through AI or through a combination of databases.

AM: My current goal is to maintain a laser focus in oil and gas and become a dominant player. I think we are on track for that, and that’s why we have added a large number of customers in the worst market. We have had pheromonal growth in the last 14 months in adding all these customers when the oil price was actually low. So, I think our goal is to capitalize on that growth in a big way.

TM: Do you believe that the poor economic environment in the oilfield over these past two years contributed to your growth as they searched for new solutions to become more efficient?

AM: In a way, I think that this oil crash turned out to be an absolute boon for Moblize because everybody was looking for ultra-efficiency. Ultra-efficiency doesn’t only mean how can companies manufacture oil at these lower prices, but it also means how can these companies do more with less. All that really tied in well with what Moblize was doing because, traditionally, companies had to install big systems and hire consultants to run them to see any company wide value in say two or three years minimum. Some of our clients, when we asked them why they chose us, said that they can start with Moblize and start seeing value within 25 days, so I think that was a big differentiator for us.

TM: I understand you all recently had Ignite Summit. Can you tell me a little bit about the event and how it went this year?

AM: It was an absolute success. We had 22-plus operators who came and there were zero vendors except Moblize because we were the organizer. The entire focus was on case-studies, and there were a lot of discussions around how these companies should be elevating each other. Everybody basically said that this was how a conference should be done, and everybody said that they learned a lot because we didn’t do any presentations on what Moblize could do for them. It was a very intimate interaction between Moblize clients and non-Moblize clients.