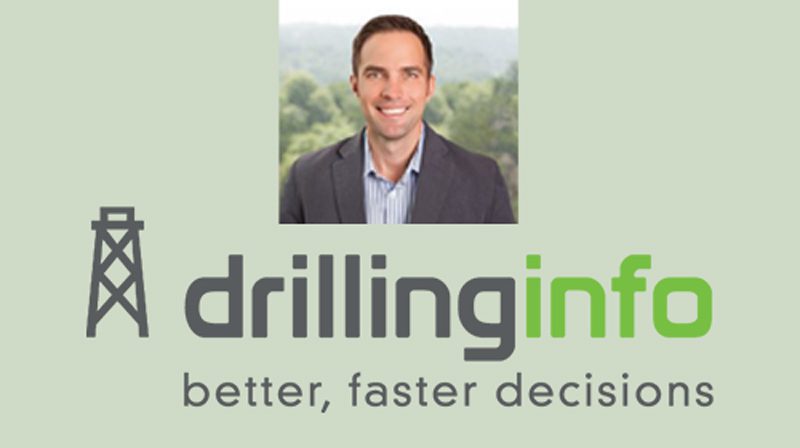 Below is an interview with Colin Westmoreland. The interview text has been left in tack, with only minor grammatical adjustments.

Tonae Hamilton: When and how did the idea of an Executive Deal Summary (EDS) platform come about?

After generating reports in each platform, they then had to spend hours merging them into one slide deck to present to their senior executives. That manual, time-intensive process was unavoidable when they were working with three independent databases. Integrating the Drillinginfo, PLS and 1Derrick databases and analytics capabilities into one platform takes that workload off their shoulders and speeds the process for sourcing and analyzing the most critical factors that will inform decisions related to their own investments.

TH: How does the merging of databases (from Drillinginfo, PLS, and 1Derrick) into one holistic database affect Drillinginfo’s daily operations?

CW: One of our top priorities immediately following the acquisitions was to begin the work on the back-end to integrate the three platforms. I’m very proud of how the Drillinginfo, PLS and 1Derrick teams have come together so quickly to build Executive Deal Summary and continue to collaborate on the development of our new Drillinginfo M&A Dealmaker Platform (more on that later). But from an operational standpoint, the day-to-day work of collecting, analyzing and reporting on the industry’s M&A activity continues across the Drillinginfo, PLS and 1Derrick platforms. EDS makes researching and using that information much easier for our customers.

TH: How does Drillinginfo’s EDS platform compare to other databases from energy companies?

CW: We have combined historical experience in M&A analysis and data with the strength of Drillinginfo production data into a single, high value virtual vault of historical data that includes more than 2.5 million source slides. Executive Deal Summary draws from it and from current market data, such as production data and rigs and leases to create an easy-to-read publication. No other company can build such an enormous library from scratch or match the speed at which we can now tap into our data stores to deliver an analysis of a significant new deal. Combine that with the expertise of our team, and you have something that was previously unavailable without first devoting a lot of manual effort to draw information and analysis from multiple sources.

TH: In what ways does the EDS benefit investors and stakeholders?

CW: Oil and gas industry investors and executives need the ability to quickly collect and analyze information relevant to a significant new transaction, so they can make their decisions on their next steps before they lose the opportunity. Deals can be won or lost in a matter of days. But they typically must spend a week or longer researching, analyzing and consolidating volumes of raw data from multiple sources. As time ticks by, the risk of a competitor snatching a new investment opportunity out of their hands increases. The Executive Deal Summary platform eliminates that risk by delivering a concise, yet detailed presentation less than 48 hours after the announcement of a significant investment transaction.

TH: Can you describe how the new EDS system contributes (or might contribute) to the advancement/improvement of the energy industry?

CW: We live in an age where information is available in real-time at our fingertips, from breaking news to changing stock prices and sports scores. The same should be true for O&G company executives, investors, analysts and other industry players following pending or completed deals. “First mover” access to information — beating competitors to the data – can be the difference in succeeding or missing out on a deal. Yet too often conducting the most basic research requires spending days searching multiple sources and reading SEC filings, financials, market analyses and other data. The data you need to evaluate deals is available, but collecting it typically requires you (or your research interns) to spend days, even weeks, searching through multiple sources. Drillinginfo is changing that by eliminating all that virtual legwork.

TH: Is there anything else being developed to enhance the new EDS platform or is there something you’d like to add on to it later?

CW: We’ll be adding new features and functionalities to Executive Deal Summary in the coming weeks and months. It will also be a key feature of our new Drillinginfo M&A Dealmaker Platform which is on schedule to launch early this year.

TH: What are you most excited for subscribers to know about the EDS platform?

CW: Just how comprehensive the publications that Executive Deal Summary produces are. Each publication provides all relevant information such as total acreage, drilling locations, rig counts and net production impact. It also places the new transaction in historical context by comparing it to relevant past deals. Its unique capability to quickly compile such detailed reports will make it invaluable to investors and senior executives, not to mention their teams of researchers and analysts.

Also, it’s important to note that Executive Deal Summary is available at no additional cost to all subscribers of our M&A database and it includes one-click access to the additional data in the database itself

TH: Aside from the launching of the new EDS platform, are there any other developments that will be launched in the near future that you can share?

CW: I mentioned our new M&A Dealmaker Platform earlier, which will include Executive Deal Summary. When it launches later this year, it will represent the culmination of our efforts to integrate the Drillinginfo, PLS and 1Derrick databases and technologies. We’re building a “single pane of glass” that will revolutionize how you research and evaluate potential and completed deals, no matter what area of our industry you represent. It will deliver a new depth of insight, specific to the transactions that happen in the industry and delivered to a much broader audience, including C-level executives, M&A professionals and others who want more context around transactions. With a couple clicks of your mouse or taps on your smartphone or tablet, you will have all the data you need to make better informed decisions.

I have been chronicling our progress building the M&A Dealmaker Platform in our blog, and will continue posting updates to our dedicated landing page.