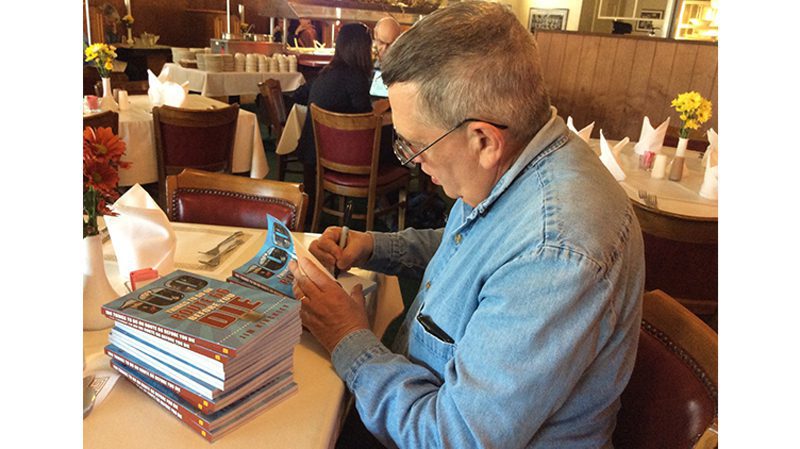 Below is an interview with author Jim Hinckley. The interview text has been left in tact, with only minor grammatical adjustments.

Tonae’ Hamilton: What inspired you to write books about Route 66?

Jim Hinckley: When it comes to Route 66, you can pretty much cue the Twilight Zone theme music. Mostly everything in my life since 1959 is tied to Route 66 and its unique history.

TH: What is a favorite memory you can share regarding your experience growing up around Route 66?

JH: Route 66 today is more dynamic than at any time in its history. Every day I have the opportunity to make a new favorite memory. In 2016, I was honored to speak at the first European Route 66 festival and discuss Route 66 with students at a school in Germany. This became one of my favorite memories. Many people internationally are fascinated with the history of Route 66. This year, I will be heading for the second Route 66 Festival in the Czech Republic.

TH: What specific locations would you recommend for a person to visit while traveling on Route 66? 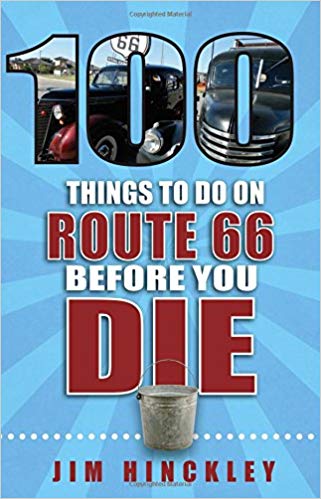 JH: I’m partial to good pie and good food. With that said, I would seek out all the great restaurants Route 66 has to offer. There’s plenty of wonderful, timeless restaurants and new restaurants. The FourWay in Cuba, Missouri is a new addition. The Ariston Café, a family owned business that has been operating for more than 80 years, is one great place that I like to visit. Grand Canyon Caverns in Arizona offers fine dining 200’ underground! The caverns also have a lady who comes in to bake fresh homemade pies. Aside from the ones made by my wife, these are some of the best pies I ever tasted.

TH: From your time growing up around Route 66 to present day, have there been any significant changes around the highway (i.e. historical sites, restaurants)?

JH: Definitely. The most amazing thing is that Route 66 has such international popularity. Actually, Route 66 officially ceased to exist in 1985. As a result, many thriving communities turned into ghost towns. However, Route 66 is forever changing and is currently transitioning once again.

TH: What makes Route 66 different from other highways?

JH: Route 66 is not our most scenic or historic highway. However, from its inception, it has always had the best press and publicity. It is America’s most famous highway. It is America’s longest theme park and museum, a living time capsule with a Disneyland veneer. Route 66 has a very bright future ahead. In 2014, the world’s only electric automobile museum opened in Kingman, Arizona.

TH: Can you name an obscure sighting you’ve encountered on Route 66?

JH: I’ve encountered many obscure things on Route 66. You have the haunting beauty of the ruins of Two Guns trading posts on Canyon Diablo in Arizona, a German Military Cemetery in Oklahoma, and Totem Pole Park. Imagine meeting a Dutch hydraulic engineer that opened a delightful restaurant in a near ghost town in Illinois.

TH: You’ve written several books about Route 66. Can you share how they differ from one another?

JH: The book, 100 Things to do on Route 66 Before You Die, is a pocket guide for travelers. It was written in response to questions about my favorite places on Route 66. Overall, the book is a bucket list for the best of the sites on Route 66. The Route 66 Encyclopedia is as the name implies. Likewise, with Ghost Towns of Route 66. The book I just finished is about the dark side of Route 66, including disasters, serial killers, and crime scenes.

TH: What do you hope for readers to learn or discover about Route 66?

JH: The experience will be different for everybody. If anyone has an interest in fascinating or inspirational people, food, history, or wants to see a glimpse of the future or the past, Route 66 is the place to do it. You will meet some of the most fascinating people traveling Route 66. I once met a French mime who tried to set a stilt walking record. I also have met a WWII veteran that made his dream trip on Route 66 with his vintage motorcycle at age 90 after his wife passed away and he was diagnosed with lung cancer. Many of the people met on Route 66 have very fascinating stories.

TH: Are you currently writing any other books?

JH: I just finished my 19th book, which will be published this fall and debut at Cuba Fest in Cuba, Missouri. I also regularly publish stories on my website, jimhinckleysamerica.com. I currently write stories 3-4 times a week on Route 66, where I’ll recommend food and tell stories about people. Besides writing on my website, I also have a Facebook page which I share content on.