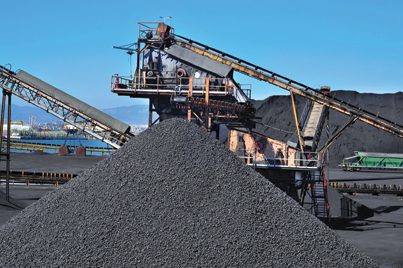 Several years ago, during a period of time when some in the oil and natural gas industry were engaging various environmentalist organizations in discussions on how to promote and better regulate natural gas as a fuel for power generation, a very wise man took me aside and said, “Don’t kid yourself. These groups are focused on killing coal right now, but once they’re done with them, they’re coming after us.”

Now that the environmentalist lobby, working in concert with the Environmental Protection Agency – which is largely populated by folks who came out of these same environmental organizations – has almost succeeded in killing the nation’s coal industry for all intents and purposes, it is obvious that truer words were never spoken. Anyone paying attention to what is happening today in the U.S. energy space can clearly see that the focus of the radical environmental movement is indeed turning very quickly to efforts to do the same with oil and gas.

The final two-plus years of the Obama Administration will be a very precarious time for this industry, as the EPA ramps up its efforts to overlay as many cumbersome new regulations as it possibly can before 2017. That’s what the Administration’s stepped-up effort to regulate methane emissions at various steps throughout the natural gas supply chain is all about, it’s what the EPA’s proposed “Waters WAT +1.21% of the United States” regulatory regime is all about, and it’s what efforts by the EPA and the Bureau of Land Management (BLM) related to regulation of hydraulic fracturing and well completions are all about. It’s what ballot initiatives to ban hydraulic fracturing in Colorado, Texas, California and Ohio are all about. It’s what fake documentaries like Gasland and Gasland Too are all about.

Add into all of that the fact that the U.S. Fish & Wildlife Service must make listing decisions on hundreds of additional plants and animals nominated for listing under the Endangered Species Act over the next two years in response to the “Sue and Settle” racket engaged in by radical groups like the Center for Biological Diversity, and you clearly have a multiple-front assault on one of the nation’s few remaining great industries.

The irony of this final two-year push by the Administration against oil and natural gas is that this is the industry that has literally carried the Obama economy on its gargantuan back and kept it afloat throughout the entirety of the President’s time in office. Were it not for the Shale Revolution’s creation of millions of jobs and hundreds of billions of dollars in annual economic impact, the nation’s economy would almost have certainly been mired in an unending deep recession for the last six years.

Whatever golden eggs this Administration can brag about have been laid by the oil and gas industry’s proverbial goose. And it has all taken place on private and state lands since the Administration has done its best to strangle new oil and gas development on federal lands. Even more ironic is the fact that the use of more natural gas in the power generation sector has enabled the Administration to brag about the fact that U.S. carbon emissions have fallen to their lowest levels in more than 20 years under the President’s watch, a fact the environmentalist lobby tends to forget whenever the truth is inconvenient for them The efforts by the radical environmental community and the Administration continue to be predictably supported by the usual suspects in academia and a compliant news media. Most recently we’ve seen yet another report assaulting natural gas from Anthony Ingraffea and Robert Howarth at Cornell University, at least the third such highly-suspect report these fellows have produced over the last few years. Like their previous reports, this one is easily debunked, funded by the same groups and foundations that fund the anti-fracking movement, and was completely dismantled here by Katie Brown at EnergyInDepth.

But these fellows are quite clever: while they even admit some of the shortcomings of their “research” in the bowels of their own report, they know they can rely on sympathetic reporters and editors at many of the nation’s media outlets to publish uncritical stories on the report which contain only the things they want to highlight along with sensational headlines. They also know that the headlines are all most people ever read and that even reports that contain balancing information will go largely unnoticed. The whole point is to create a sense of alarm among the populace and to demonize natural gas as an energy source, a threat to the air, the water, and the public health. Exactly the strategy that has crippled the nation’s coal industry.

It’s a very effective strategy, and one the oil and natural gas industry ignores at its own peril. A couple of years back, the industry put out a study that showed that oil and natural gas supports 9.2 million jobs in this country, a number that has only grown significantly since then. Everyone reading this needs to understand that the radical environmentalist lobby and regulatory community will not be satisfied until each and every one one of those 9.2 million workers are unemployed.

That’s the goal – the “King” is almost dead, and they’re coming for you next. Don’t kid yourself otherwise.