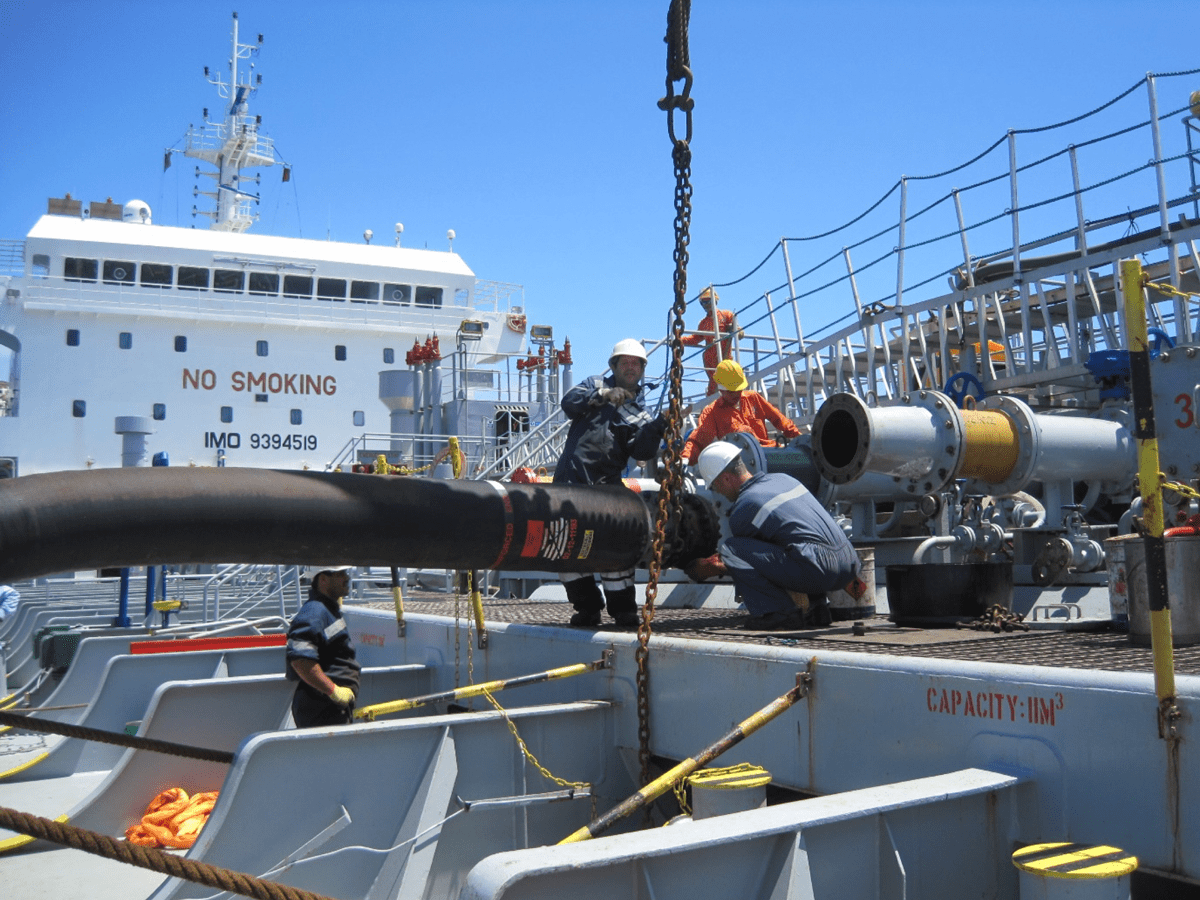 Looking back over 2018, the tale of the oil and gas sector is very much a case of journey over destination. Adapting rapidly to challenges of a landscape in flux, with responding regulatory reform, has necessitated innovative solutions across the supply chain. Change is always challenging, but despite this the outlook is one of cautious optimism for many stakeholders, with the market appearing ever-more buoyant as we enter 2019.

For Trelleborg, this year has been about maintaining a close working relationship with our partners in order to harness this momentum for measurable results. We have committed to long-term solutions, challenging conventional wisdoms and providing bespoke transfer solutions that are built to last, echoing the strengthening market.

This growing confidence has led some companies to ramp up capital expenditure, setting the precedent for future spending plans. The U.S., Russia and Canada are expected to be the top spenders in terms of capex for planned and announced projects throughout the oil and gas value chain by 2025. China is also predicted to increase spending, particularly on the regasification front, with $23.4 billion to be spent on 22 upcoming regasification terminals.

The need for more stringent operability standards in oil and gas transfer is evident throughout the industry. Over the past 12 months, we’ve seen a rise in the number of operators upgrading their installations in accordance with API 17K specification – the highest standard applicable to a bonded marine hose – particularly in Europe and the U.S.

To capitalize on this, we have positioned ourselves at the forefront of the rapidly evolving ship-to-ship (STS) transfer market, having launched our unique KLELINE STS solution earlier in the year. There’s a real need for greater safety and operability standards when it comes to this type of transfer, as highlighted in a recent investigation report by the U.K. P&I Club, and we truly believe that our solution – which is qualified to GMPHOM 2009 standard – will set a new industry benchmark.

LNG, both small-scale and as a marine fuel, has garnered significant attention in a year filled with landmarks, standing it in good stead as we enter the new year. We’ve seen growing demand for LNG bunkering infrastructure projects, precipitated in part by a rising demand for both low carbon and low sulphur fuel in the face of the impeding 2020 sulphur cap.

The cruise sector has perhaps experienced some of the most publicized and pronounced developments. Excessive sulfur levels in fuel burnt by a U.S. cruise ship captain at Marseille Fos port had some expensive and public repercussions, to the tune of €100,000. It is perhaps indicative of the reactive nature of the industry that the very same port has also announced its intentions to ramp-up bunkering services from the middle of next year; an announcement that will have almost certainly attracted the attention of major cruise lines.

In further developments, this summer, the first ever fully LNG-powered cruise liner made its debut setting the tone for cleaner travel. Capable of bunkering large cruise ships with the 3,600 cubic meters of LNG they need to operate for 14 days without refuelling, Trelleborg Cryoline hoses are part of the solution toolkit which will enable LNG fuelling without exorbitant costs for infrastructure.

Japan and Singapore have emerged as major players in LNG bunkering offerings, while Europe has maintained its reputation as the center of sophisticated port infrastructure. As a recent article in LNG World Shipping argued, “what European LNG terminals lack in volume throughputs, they more than make up for in cargo-handling sophistication”.

As for next year, we will be keeping a keen eye on the UAE. Recent agreements for an LNG bunkering partnership struck between ADNOC Logistics & Services and INPEX is arguably prophetic of ground-work for future projects in the area, likely to expand into the southeast Asia region as well.

Not to be outdone, on the energy front the small-scale LNG market is once again experiencing growth. In Europe, particularly in the Baltic region, the adoption of LNG as a marine and road transport fuel has received significant support from local governments. To meet this growing demand, Russia’s largest non-state natural gas producer, Novatek, will start producing LNG on the shore of the Baltic Sea in February next year.

Underpinning overall LNG growth is the fact that demand in existing conventional markets, especially in Asia and particularly China, has exceeded expectations. The recent delivery of a new small-scale FSRU to Indonesia’s Jaya Samudra Karunia (JSK) Shipping marks a significant step towards the nation’s goal of establishing an LNG supply network. The number of FSRUs globally is expected to rise over the next few years, with multiple projects already planned in places such as Lebanon and Africa.

At Trelleborg, we continue to provide the largest selection of floating oil and gas hoses on the market today, with a broad range of specialization available. We work from the beginning of each project to ensure that we understand the environment in which a product will function, that we select the right tool for the job, and work to maximize performance and lifecycle throughout the product’s working life. All of our learnings over this year of profound change have led to a positive outlook for 2019. However, there is little time to relax. We must continue to innovate and be flexible when it comes to transfer zones in order to avoid a bottleneck. Maintaining momentum needs to be a priority for the industry in order to drive optimism forward into another year of proven successes. 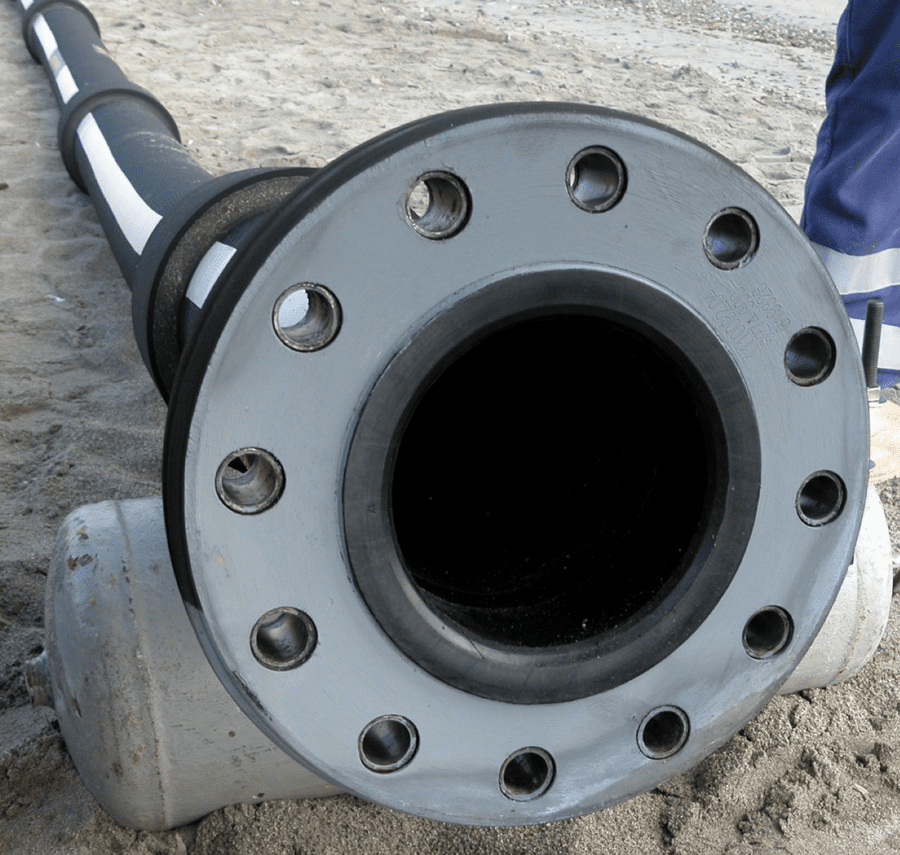