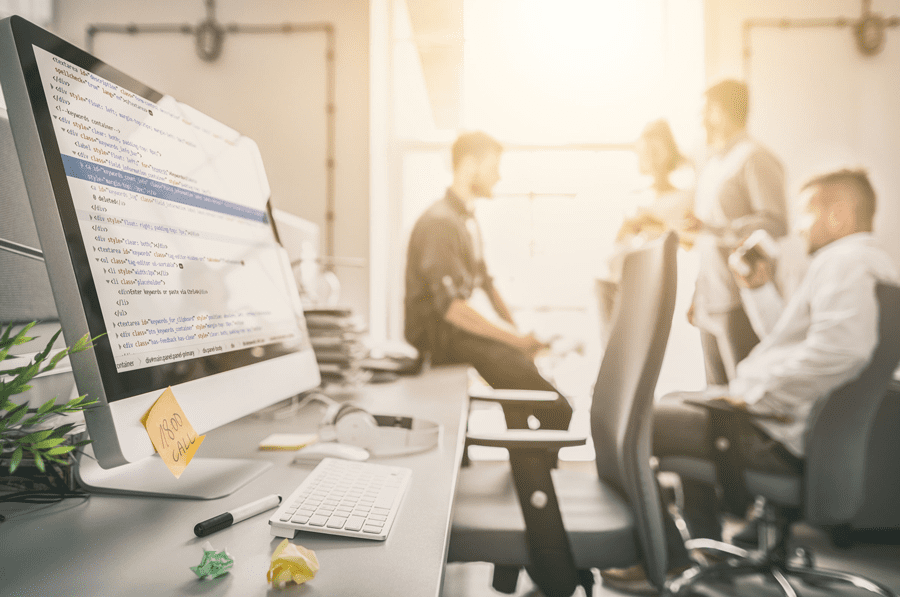 Tech, tech and more tech. It only goes up from here and, since the dawn of the Internet revolution in the mid-90s, the world has been riding the tech elevator beyond the limits of our atmosphere (thanks, Space-X).

Technology and software development have been targeting the oil and gas industry since the 2015 downturn and have taken this industry, which is known for its conservatism and low adaptability, to new heights by using advanced software to remediate many challenges that have plagued the industry.

Manager, Architecture and Governance of Product Marketing at Mendix, Jon Scolamiero took time out of his busy schedule to sit down and talk with OILMAN Magazine about low-code software development and its uses in the oil and gas industry.

“Mendix is an open platform created so that tying together a variety of modern and legacy systems is faster than traditional development,” Scolamiero explains. “In addition, we strongly encourage our customers to adopt [a] modern Agile approach to creating new solutions, including leveraging DevOps across silos as much as possible.”

He went on to say, “ConocoPhillips is using Mendix far and wide throughout its entire organization and has realized enough value to make an enterprise agreement attractive for its organization. In addition, Mendix is able to be a key part of nearly any software solution in the oil and gas industry, including field service, engineering scenarios, reservoir, geology, core business functions and more.”

Drag and Drop Software Development? Not so Fast

Many of you might be envisioning a reduced IT footprint or business executives dragging and dropping apps on the fly, but this is not the case. Scolamiero provides better insight into Mendix by stating, “While we do have a Citizen Developer oriented IDE [Integrated Development Environment, which is where developers build software and write code], Mendix Studio, we also have an IDE targeted for more technical developers, all the way up to the hardest of the hardcore. In fact, hardcore developers tend to really like our platform for the productivity we give them, while always allowing them full control, including pulling in code when it’s needed.” As Scolamiero points out, IT is still involved, and it’s not for someone who knows nothing about development to drag and drop buttons and widgets to create a Frankenstein application that is reminiscent of Angel Fire websites from the late 90s. Anyone remember some of those drag-and-drop monstrosities?

Coming to Your Industry

Getting to the core of why and what a low-code IDE was created for, Scolamiero explains, “Mendix was developed for all industries to facilitate quicker software development,” which is key. Most users do not realize that the websites and applications they use on their computers and phones every day took a lot of effort by many people to build the app nor do they realize that a particular feature they like might have taken months of development to create. While it might only take seconds from the click of a button until the desired data is displayed, that entire process was not developed in a week or a month, it probably took several months with many people working on it in various design and functionality iterations.

Scolamiero continues, “Our original goal was to mend the growing gap between business and IT. We also care about our customer’s specific business verticals, and we are actively working on industry specific business capability accelerators. In addition, we have a whole host of partners, from the biggest names to industry niche vendors, who work with us to do the same.”

The Start of Foundational Change

The tech industry changes quickly due to software updates, newer versions, new technologies, dealing with legacy dinosaurs, and organizations have to keep up. “We believe that low-code is ultimately the next evolution of software solution development and, even though we are enterprise ready, there are so many areas where we can evolve the industry,” says Scolamiero. “Low-code isn’t a niche technology, but a foundational one, and one we see changing the world in big ways.”

That being said, we might be seeing a major change coming to the world of software development over the next few years as more low-code applications are built to speed the time to market. It could be that, while business leaders rejoice, software developers may oppose low-code development, as developers might feel they can easily be replaced. It’s important to remember that an application is only as good as the team that develops it and keeps it updated with current technologies. Many times, low-code platforms lock the development team in and over time are not scalable or easily updated. However, developers, fear not; you will not be replaced! A platform like this enables you to quickly put together something in the Cloud and then connect services the old-fashioned way.

The Reality of the Situation

What this offers the oil and gas industry is a fast and easy way to get caught up on the tech curve. While many have lagged behind, the low-code platform can provide the IT departments of oil and gas companies a quick solution to catch up and build out simple applications to get started and then bring in the pros to add on and expand upon the base. This will allow oil and gas companies to better position themselves against each other and thrive in a world already dominated by high-tech-led companies. Not all the software has to come from a third party, which will allow companies to build their own software to fit their needs on a budget and be completely in control of their own source code, thus not relying on third-party contractors.

The low-code platform is a stepping stone for the oil and gas industry to get into the game of technology and write programs that are specific to their needs.