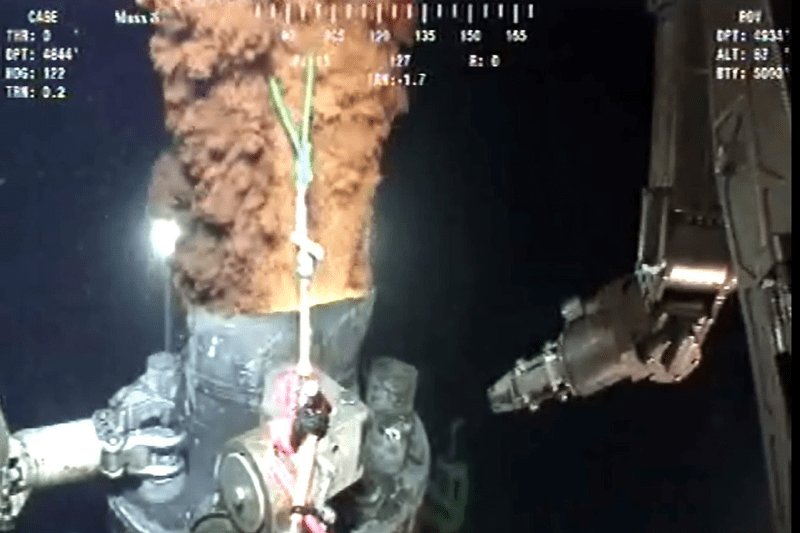 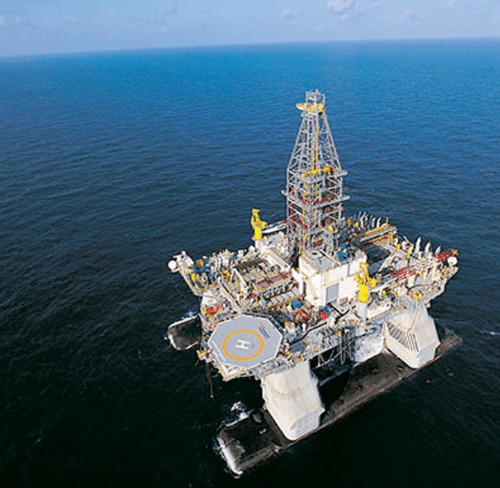 Just before 10:00 pm on the night of April 20, 2010, the Macondo well blew high pressure oil, gas and mud through the derrick of the Deepwater Horizon setting off two major explosions instantly killing eleven rig workers and physically injuring 63 of the 115 survivors. These eleven men have been silenced by death. Seven of the eleven men who died began expressing fears three months before about BP’s drive for speed and demanding changes to what they had been trained in Best oil field practices. Three of these men asked their wives to remarry in the event they would die on the job. The eleven men who died and 63 who are still undergoing medical surgeries have been silenced. The creatures of the ocean like the dolphins, oysters, and the pelicans do not have a voice in our decisions to mine and produce hydrocarbons from the ocean. This article is dedicated to both the memory of the people and the ecosystem. We will look at the many miracles resulting from this tragedy. 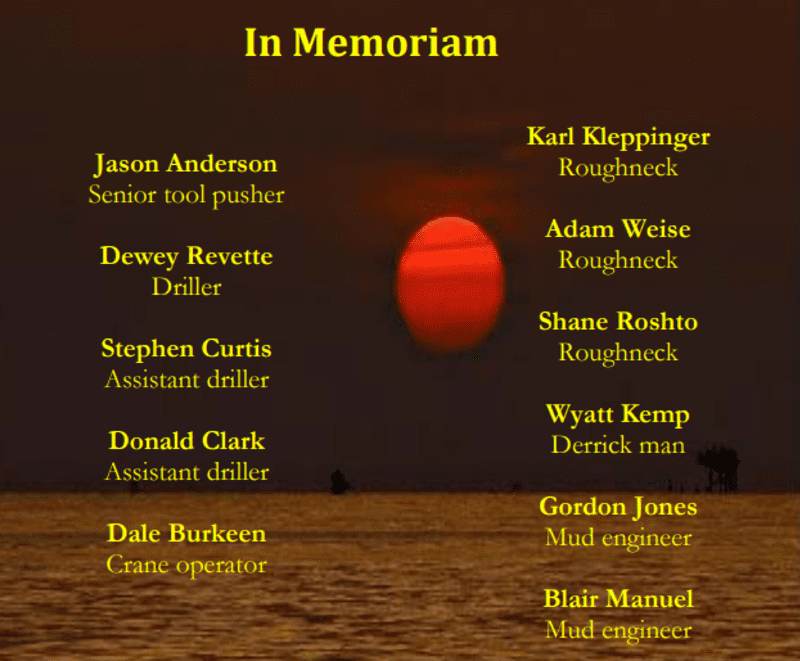 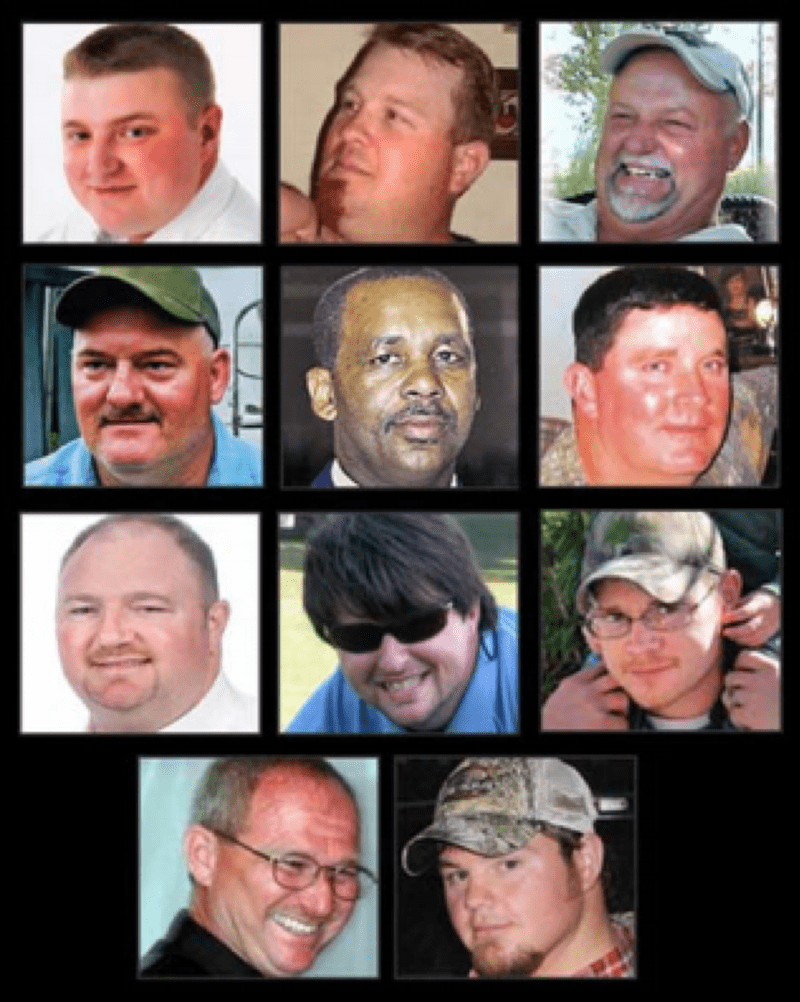 Unlike other high hazard industries, deepwater exploration drilling is dynamic and involves complex geological formations. In the event of loss of hydrocarbons, the system cannot be shut down, it fails dangerously.

Macondo was the first blowout to occur in 5,000 feet water. Shortly after the blowout, U.S. Navy officials met with offshore drilling engineers in Mississippi to offer a Navy submarine to help kill the well. The engineers had to explain that the military does not have any equipment that can operate at 5,000 feet of water. Only the offshore oil and gas industry has ROVs (Remotely Operated Vehicles) to operate in deep water. In the case of the Macondo blowout the well flowed uncontrollably in the Gulf of Mexico for 87 days. During this time, the best oil and gas engineers and scientists on the planet worked together in BP’s Westlake office in Houston to figure out how to bring the well under control. Oil washed up on the beaches from Texas to Florida impacting estuaries, coastal and fishing communities and resort areas.

As investigations unfolded, it became obvious that it was not a hardware or software problem like Apollo 13. With the world watching, NASA was able to get the astronauts safely back to earth. Unlike Apollo 13, Macondo involved many failures to communicate built up over months.

During the last decade offshore industry leaders have worked to integrate human factors, communication and leadership into engineering and design. In October 2010, Kevin Lacy, Senior VP global drilling and completions, Talisman Energy, in his presentation in Galveston titled Restoring Integrity to the GoM Deep Water, said “The elephant in the room is all the mixed or unintended messages we send the crews when we are behind schedule, over cost, or behind on production. If we don’t clearly keep personal and process safety as an unyielding value in our words and more importantly visible behaviors and decisions we ultimately will not withstand the risk or test of time and we will certainly suffer a fatality or major incident. Senior non-technical management cannot allow these barriers to be breached and I offer they hold the ultimate accountability if they are breached.”

One of the reasons learning to create a high reliability organization in the offshore oil and gas industry is so difficult, is because the high-consequences of events that warrants months of daily headlines, and congressional investigations happen so rarely. Exxon discovered the entire company in the eye of a global storm when the tanker Exxon Valdez ran aground in Alaska spilling eleven million gallons of oil into pristine fishing waters in 1989. It takes a couple of decades to become a high reliability organization embracing the high-profile disasters and learning to grow throughout the entire company. The pain of failure provides inspiration and passion for creating a resilient system of process safety management that becomes embedded in every layer of the company.

In November 2010 when Exxon CEO Rex Tillerson testified to the Oil Spill Commission, he was reviewing the lessons learned from the Exxon Valdez Spill in Alaska. In 2007 Exxon spent more than 500 days and more than 180 million dollars attempting to drill a well near Macondo – the deepest well ever drilled. But Tillerson shut it down because the drillers did not believe they had the right tools or the equipment to handle such high-pressure and temperature. For three years the WSJ and Financials Times made fun of Exxon for being “afraid of taking risks” and referred to the risk adverse company as a “dinosaur.” But in the wake of Macondo, Exxon’s aversion to risk made it look like the gold standard. So, it was under these circumstances in November 2010 Tillerson testified on why and how the industry could drill safely in deepwater: “Written rules, standards and procedures, while important and necessary, are not enough…A culture of safety starts with leadership, because leadership drives culture and culture drives behavior. Leaders influence culture by setting expectations, building structure, teaching others and demonstrating stewardship…For a culture of safety to flourish, it must be embedded throughout the organization.”

During the last decade SPE (Society of Petroleum Engineering), IADC (International Association of Drilling Contractors), IOGP (International Association of Oil and Gas Producers) have worked to integrate humans factors, communication and non-technical skills and leadership coaching for everyone from the C-Suite (the decision makers on the blunt end of the sphere) all the way to those who live and sometime die on the sharp end of the sphere. 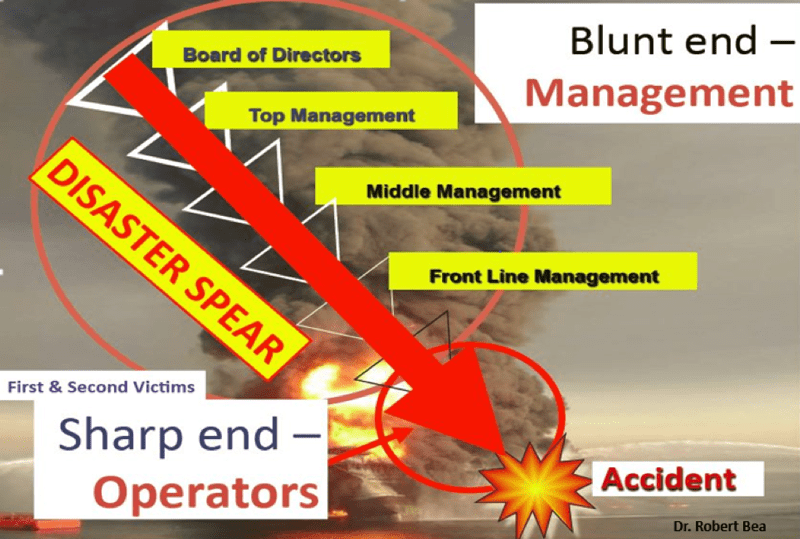 A number of our great leaders have inspired the deepwater oil and gas industry to take a different approach to those who risk their lives everyday so that we can maintain our comfortable lives.

General Kelly, The Secretary of the Department of Homeland Security gave two pieces of advice on leadership in a keynote address at the USCG Academy graduation in May 2017: “Take care of your people. Train them. Mentor them. Defend them. They will do anything you ask them to do. They’ll show up to work on time. They will put their lives at risk on the high seas interdicting drugs in tons, dealing with the most dangerous men on the planet, or they would jump out of a helicopter in the middle of the night into raging seas to save someone’s life. All you have to do is lead them.

This is how we honor the Deepwater Horizon 11 and their families and the survivors so that they know their sacrifice was not in vain.

In 2020, thanks to SPE, IADC and IOGP and the expanded focus on human factors many miracles have come out of Macondo. We cannot restore the loss of life or help the people who were injured, the coastal communities still suffering from the largest (accidental) oil spill in the oil industry. However, we can honor their sacrifice as we work every day to keep these stories alive in order to prevent an even bigger disaster.

Dr. Trevor Kletz, said “Institutions have no memory. People do but people move on and institutional memory is lost. This is why we need vibrant story-telling to pass on to the next generation of worker — stories of great success and great failures.”