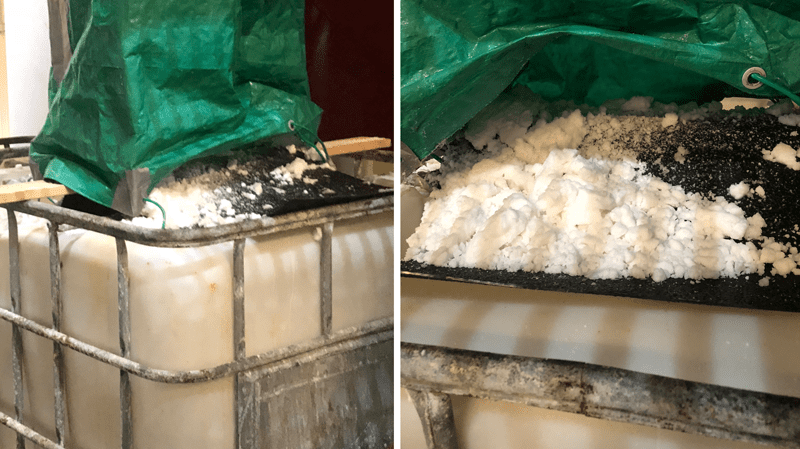 Removing salts from produced water can be one of the most challenging and costly endeavors facing those in the oil and natural gas exploration business. While “saltwater” has always been a by-product of traditional oil and natural gas production, shale gas production has created excess water volumes sufficient to support a wastewater treatment industry all its own. Not only does the production process itself require huge volumes of water for fracking, flowback water, containing high levels of salt, continue for the life of the well. Adding to the frustration of having to deal with these volumes of water is that water treatment is not the producer’s primary business process. Getting the mineral to the surface and to the market is where the producer’s time, money and energy is rightly focused. Managing the large volumes of waste water, however, ends up consuming a significant part of the producer’s attention and resources.

How might this model change if there were a cost-effective way to remove and separate calcium chloride and sodium chloride into marketable products? There is currently a lot of attention being focused on water management. It has, in fact, become a separate industry developed to support oil and natural gas production. But this new “water” industry can’t survive by managing water as a dead expense. There is just too much of it and all indications are the volumes will only continue to increase as more shale formations are explored. So “salt water” has to become its own revenue stream. Charging on the front end is standard procedure for managing someone’s waste product. But what if there is enough value within the waste itself to create a revenue stream on the back end? This would be a game changer and producers could get back to what they know best if such a process were readily available.

Water management takes on many forms; reuse, recycling, heavy brine production and other processes consume some of the wastewater, but the go to solution for the majority of saltwater management currently is underground injection. This can’t be sustained. With increased production there are ever increasing volumes of water that must be managed. Additionally, underground injection has its own problems. Seismic activity, public outcry, reduced capacity and ever more stringent environmental rules are putting more pressure every day on underground injection as the primary solution for dealing with contaminated water. It seems unlikely that underground injection wells, as a primary disposal method for contaminated water, will be able to support the shale gas industry forever due to the ever-increasing volumes of water coming from new wells.

Salt removal is an expensive and difficult process in the best of circumstances. Separating the different salts into valuable commodities is an unprecedented advancement in water treatment technology. Despite the ongoing efforts by many of the major players, the oil and gas industry is still trying to solve this problem. Separation efforts to date have left many producers with mixed salts that are deemed a waste product rather than clean sodium chloride and calcium chloride pure enough to be marketed as independent commodities.

There are several technologies currently being applied to this issue, but there are problems associated with them that have not yet been completely solved:

The end goal of water treatment should be to beneficially use as much of the water as possible while reducing the amount injected back underground, where there is potential to contaminate a clean water aquifer.

The purpose of a disposal well is to get rid of the impurities in the water, not necessarily the water itself. If the maximum level of impurities generally reached in water that has been pretreated and is ready for underground injection is only about 12 percent by volume,
we end up injecting a solution that is at least
88 percent water. And with water being such an important asset that is expensive to move and treat, it only makes sense to use what you have when you have it. Once properly treated, this demineralized water can contain less than 150 TDS (Total Dissolved Solids) and can be used in agriculture, for cooling or process water, steam production, or reused in the drilling and fracturing of new wells. Add to that the value of clean sodium and calcium chlorides and we have significantly reduced the amount of waste (and cost) that needs managed and we have increased our revenue generation potential.

This is not a future goal. The ability to turn produced water from a waste stream to a revenue stream is technology available right now. If we don’t manage our water, it will certainly manage us. 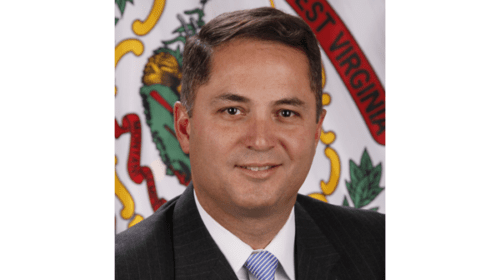 The author is a former Cabinet Secretary of the West Virginia Department of Environmental Protection. He is also a retired Vice Wing Commander of the 130th Airlift Wing in Charleston, WV. He holds a B.S. in Mining Engineering Technology and a Master in Business Administration. Randy is currently an independent consultant and represents Clean Water, LLC in the marketing of their salt removal and separation technology. For more information contact Randy at (304) 389-8173 randy.c.huffman@gmail.com. You may also visit the Clean Water, LLC website at www.cleanwaterllc.net.