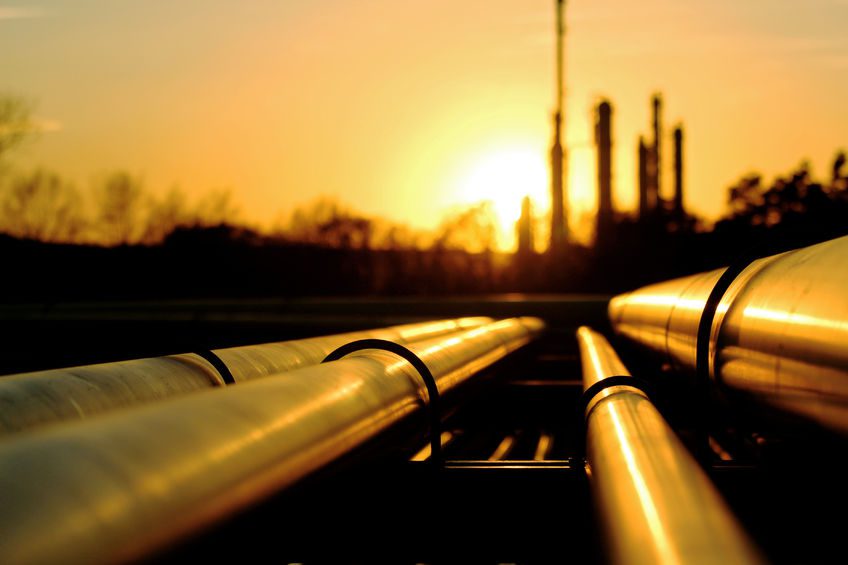 Natural gas: cheap, abundant, clean burning, home heating, and electricity producing. It has numerous methods to power the U.S. economy. Without energy and electricity from natural gas, which power source can drive the nation? A country’s economy is only as good as the energy infrastructure that supports it.

The natural gas pipeline network is receiving heavy investment in the form of upgrades and new pipeline projects around the nation. Coupled with expansion, the climbing natural gas prices are a boon to producers and a sign to continue investing in infrastructure. Unconventional resources are driving natural gas infrastructure development. According to a report by Kevin Petak et. al., “with the aggressive development of unconventional resources, the industry invested $40 billion-$50 billion annually in infrastructure projects between 2010 and 2015.”

Major Win for Pipelines in the Northeast

On January 23rd, 2018, Federal Energy Regulatory Commission’s (FERC) approved the $1.13 billion, 116-mile PennEast Pipeline, which will transport natural gas more efficiently and economically from the Marcellus Shale area to the residential and business complexes of Pennsylvania and New Jersey in the mid-Atlantic region. This pipeline project is a joint venture between Southern Company, New Jersey Resources Corp., South Jersey Industries, Spectra Energy Partners, and UGI Corp. Each company has a 20% stake in the project. Once completed, the pipeline is expected to transport 28.31 million cubic meters of natural gas per day.

New pipeline construction is vital for this region because the Marcellus shale can provide cheap gas to the region, but there are not enough pipelines to transport it to market. New Jersey’s natural gas supply is especially vulnerable to cold snaps. At the start of 2018, when the bomb cyclone hit the region, natural gas prices spiked due to the high demand from consumers. Not having the proper infrastructure to meet demand, the price skyrocketed 3,000% for New Jersey’s natural gas market!

Pipelines and LNG in the West

The Jordan Cove LNG terminal and Pacific connector gas pipeline are proposed projects in Oregon. The 229-mile pipeline is designed to transport natural gas from Malin, Oregon, the site of a line junction, to the LNG terminal in Coos Bay for export to Asia and Pacific rim countries. The project was originally planned to be an import facility before the shale revolution. Now, the project has been reversed to allow for export. The LNG storage capacity is 320,000 cubic meters with two 160,000 cubic meter containment tanks. The liquefaction capacity is 7.8 million metric tons per year.

The outlook for the shale gas industry is strong and will continue to grow at a quick pace. According to Kevin Petak et. Al.

As indicated by the PennEast Pipeline, the East Coast is due for more investment in natural gas gathering and transmission lines out of the Marcellus shale. The Atlantic Sunrise pipeline, which was given the green light by FERC in February 2017, is currently in the final phases of construction. Full service is expected by mid-year 2018. The preliminary project design included a total of 183 miles of new greenfield pipe, two pipeline loops totaling about 12 miles, 2.5 miles of existing pipeline replacement, two new compressor facilities in Pennsylvania, and other facility additions or modifications in five states (Pennsylvania, Maryland, Virginia, North Carolina, South Carolina). The pipeline cost around $3 billion to construct and once operational, will transport 1.7 billion cubic feet of natural gas per day though the region.

Assets in the midstream sector are essentially divided into two: national and local. The local are the gas gathering systems and processing. The national are distribution systems which send the product to market. Funding the local and national segments, according to a report by Deloitte, “midstream companies depend heavily on external capital, as they distribute much of the cash flow they gener­ate to investors. Since 2008, more than 95 percent of the sector’s capex and acquisitions have been funded through equity and debt.”

Since most of the operating cash flow goes to payout dividends, midstream companies must seek private funding and exploration and production build-outs to kick start pipeline projects. In the build-out scenario, once assets start to produce, the owner company searches for a midstream buyer to take over.

Midstream is poised to grow and mature over the next 20 years. Midstream companies have the opportunity to play a larger role in managing production as production and transport processes start to become more automated and more accurate with the further implementation of digital oilfield technologies.

The midstream sector plays a crucial role in making the U.S. a major hydrocarbon exporting country as well as keeping associated production costs down. Perhaps the most important job the midstream sector does is making the U.S. competitive by providing an expansive network of affordable, clean power to the country. Having a strong power grid in place with affordable prices is what is able to drive the U.S. economy forward and empower industrial competitiveness at a global level.