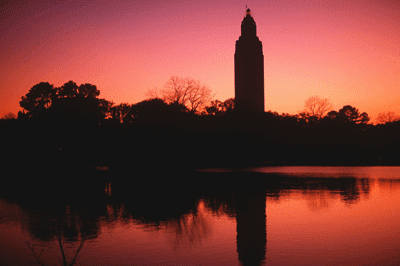 Tort reform cannot be defined by one law or thought pattern. Tort reform is a coupling of laws and ideas with the intention of reforming the way our civil justice system currently works. The issue of tort reform is one that should have been addressed over the last eight years, but simply was not. The newly elected governor, John Bel Edwards, should take this issue as a flagship.

Why should Governor-elect Edwards rank this issue so high on his agenda? The U.S Chamber’s Institute for Legal Reform’s 2015 Lawsuit Climate Survey determines states’ ranking with regards to the public perception of the state’s lawsuit climate. Again, Louisiana sits at number 49 out of 50 for having the worst lawsuit climate. Second only to West Virginia, Louisiana is again at the bottom of a bad national list.

Because tort reform has not been properly addressed, the legal climate in our state is currently wreaking havoc on the Louisiana oil and gas industry. Long before the price of oil and natural gas dropped to unprofitable lows, Louisiana was losing companies due to our legal climate. As was noted at a press conference last year in Baton, around 10 CEOs of large companies stood on the steps of the state capitol to confirm that companies are indeed leaving our state with a direct correlation to the legal climate.

To be specific, over 355 legacy lawsuits have been filed against the Louisiana oil and gas industry alleging environmental damage. As monetary awards have been given out to landowners and trial lawyers as awards for the alleged damage, no law exists that requires the money be used to mitigate any said damage. A small group of trial lawyers have made it their goal to extort as much money from the oil and gas industry as possible as long as the law allows them to do so. In addition to legacy suits, two coastal suits have been filed against dozens of oil and gas companies along with a levee board suit that was filed against 96 oil and gas companies for alleged damage.

While many issues need to be addressed to get our state back on the right path, the issue of tort reform should be at the forefront. The business community is already facing trying times with low commodity prices and a weak performing dollar bill. The last thing our state needs is more frivolous lawsuits that only line the pockets of a few attorneys and continues to drive out good paying jobs that can stimulate our economy.