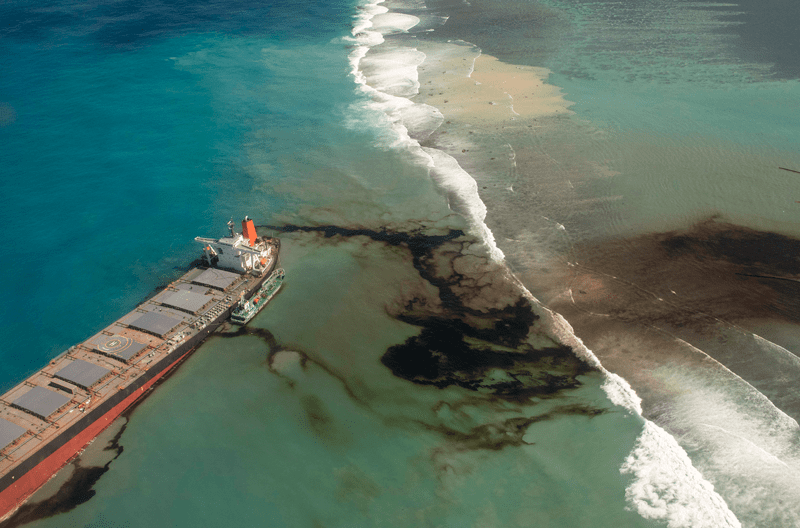 With the recent disaster in Mauritius reminding everyone about the damage caused by an oil spill, renewed emphasis is being placed on rapid oil spill detection to minimize and contain the spread of leaked oil as soon as possible. Long wave infrared (LWIR) cameras have been a useful tool for the detection of oil spills for many years, but they have many holes in their capabilities. In 2015, Polaris Sensor Technologies made a big technological leap by introducing the Pyxis camera, a combined infrared and polarization-based camera. Pyxis offers improved detection capability of oil spills and other petroleum-based products due to its ability to simultaneously generate polarization imagery and thermal imagery. Small enough (3.5” x 2” x 2”) and light enough (less than 0.5 pound) to be mounted on a UAV, but robust enough to withstand constant salt spray on an open water oil rig, the Pyxis camera has proven itself to be a vital tool for oil spill detection.

There are times when LWIR radiation provides a stronger signal than polarization when detecting an oil spill. However, there are even more times, such as at night, or when the oil has reached thermal equilibrium with the water, or when waves confuse the scene, or when oil becomes emulsified, that polarization gives a stronger signal. The strength of the Pyxis camera is that it captures both LWIR data and polarization data at the same time from the same image and superimposes them into a single image, resulting in the best possible detection capability, regardless which method is providing a stronger signal. This capability makes autonomous monitoring possible and effective because it doesn’t matter whether thermal imagery or polarization imagery gives the stronger signal; Pyxis gives you both.

For a comparison showing Pyxis versus visible wavelengths, a short (30 second) video is presented here: https://www.youtube.com/watch?v=AQqJRylKud4.

In 2017, a battery of tests comparing polarization to LWIR detection was conducted at the Ohmsett National Oil Spill Response and Renewable Energy Test Facility located in Leonardo, New Jersey, USA. A chart showing a summary of the oil detection testing results is presented here.

A great deal of research has gone into determining these performance parameters. The Ohmsett testing focused on comparing the performance of LWIR only versus Polarization-enhanced-LWIR under the following conditions:

a. Nighttime performance
b. Detection capability in the presence of wave action
c. Detection of emulsified oil

Figure 1 below shows the differences in performance among visible, thermal and polarization-based cameras at three different times of day: 3:27 PM, 5:17 PM and 9:27 PM. Each of the images shows two floating “boxes,” which are simply four walls with no bottom containing oil on top of water in a pool. These walls help prevent the oil from leaking into the surrounding pool water. As expected, the visible camera shows good contrast between the oil (black) and the water (clear in a yellow-colored pool) at 3:27 PM and 5:17 PM, but just shows a black screen after sundown in the picture taken at 9:27 PM. The thermal imagery shows relatively weak contrast in all three pictures between the gray water and the lighter gray oil, but at least there is some image at nighttime, as opposed to the visible camera. However, polarization gives a consistently strong contrast of black oil on gray water at all times of day.

Figure 2 compares thermal IR (red) and polarization (blue) camera imagery contrast of the oil versus water signal taken from the test shown in Figure 1. A continuous test to show nighttime performance between thermal imagery and polarization imagery was conducted from 3:00 PM on Day 1 to 9:00 AM the following day. This test shows polarization provided superior contrast over thermal IR imagery at almost all times during the entire 18-hour test. A small window of time occurred when the rising sun heated the oil faster than the water, which resulted in the thermal imagery having a stronger contrast starting somewhere around 8:00 AM. However, by 9:00 AM, the polarization imagery once again showed a stronger signal than the LWIR data.

Figures 1 and 2 above show the results in calm water. What happens when wave action complicates the situation? Figure 3 shows the difference in performance of visible, thermal and polarization imagery in the presence of waves. The result shows, if you didn’t know to look for oil in the image, then you wouldn’t know that a contaminant was in the water, in either the visible or the thermal imagery. Only the polarization image provides a strong enough contrast to make it obvious that some kind of contamination exists. In addition, it was expected that the oil would stay in the “boxes” shown in the middle of the image. However, very shortly after the wave pool was turned on, the oil quickly migrated out of the containment boxes and spread over a much larger surface area. Polarization was easily able to clearly show the spread.

Detecting solid oil slicks on the surface of the water is one thing, but very often oil doesn’t cooperate with our detection efforts and becomes emulsified instead of remaining as an easily detectable solid sheet on the water. In an actual oil spill, floating oil ages and changes properties significantly due the action of UV radiation and the waves. As the oil emulsifies, the detection capability of various techniques can be severely degraded. In particular, detection methods based solely on LWIR can suffer dramatically.

Polarization detection also yields significant benefits under these conditions. One of the tests conducted during the Ohmsett research involved creating emulsified oil. Oil was left on the surface of a calm pool and exposed to the sunlight for several days so any chemical changes caused by UV radiation had sufficient time to take effect. One hour before the test was conducted, the wave generator was turned on. After this one-hour period, the image in Figure 4 was captured. Despite the mixing and emulsifying that occurred from the wave action, a strong signal is obtained in the visible waveband and in polarization. However, it is not possible to clearly identify the oil in the water in the thermal imagery.

Other less rigorous tests not conducted at Ohmsett imply that vegetation and water fowl that have oil on them can also be identified by Pyxis; however, it is difficult to ethically perform this testing on a large scale. Additionally, due to the nature of polarization, the minimum detectable thickness of oil with the polarization signature is approximately 50 microns but depends on ocean and weather conditions. This amount is very close to the minimum thickness typically considered to be worthy of recovery, so the physics of polarization itself helps prevent false positive detections.

The testing conducted at Ohmsett shows that adding the capability of detecting polarization in the same image as LWIR thermal imagery provides a much greater capability in the detection of oil-on-water than just LWIR thermal imagery alone. It shows that Pyxis provides better detection capabilities for oil on water at night, in both calm water and under breaking waves, and when the oil has become emulsified. The Pyxis camera is a leap forward in oil detection and is a valuable tool for use in efforts to keep waterways and coastlines clean and the ecology healthy.

A satisfied customer offered this testimonial:

“The Pyxis camera is an exciting new technology that we are seeking to deploy around the world for routine monitoring and in support of incident response. Our testing on drones has shown that it can be invaluable for rapid response, robust detection and ease of use.” – senior scientist in environmental protection at a major oil producer