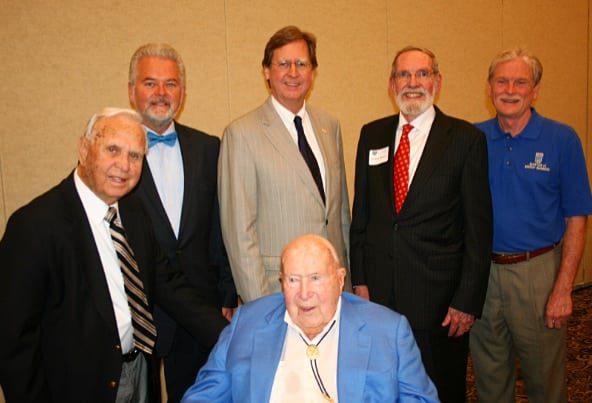 Since 1974, members of The Energy Advocates have spoken in all 50 states and appeared on television, radio and in newspapers and magazines on behalf of the energy industry. The organization believed then, and continues to believe, that it is critical for those of us in the energy industry to rise to the challenge and make a difference when it comes to energy issues.

I had the honor of serving as president of the Tulsa-based organization from 2003 to 2009 and have been a member of the organization for more than 20 years of its 41-year history.

The goal of The Energy Advocates is to raise awareness and change the public’s perception of the energy industry. For too long, many have painted a misleading and false picture of the energy business. The Energy Advocates has continued to educate the public while improving the industry’s image through forums, community involvement, speeches, seminars, media coverage, an annual energy conference and other resources.

The Energy Advocates believe in the basic principle that “Nothing Moves Without Energy!” Therefore, energy education begins by recognizing that energy is a basic requirement of life. Our quality of life is dependent upon the development of all forms of energy, as well as the conservation of our natural resources. The facts are clear: energy production and consumption work in concert with the environment. The organization is passionate about presenting the public with facts and solutions to tough questions on the energy issues that face the U.S., including those related to our environment.

In 2012, for example, The Energy Advocates took the message to communities throughout the U.S. The organization wanted to learn what was on people’s minds. From a national perspective, it should be creating the People’s Energy Plan.

The challenge is for citizens, the industry, media and others to maintain a continuing dialogue so that an energy policy of the people, by the people and for the people can be implemented. That implementation needs to take place now, and not put off to another time.

Another objective of The Energy Advocates is keeping the membership and general public informed of the changing legislative, environmental and economic issues that impact the energy industry. As global demands for energy from natural resources respond to social, economic and environmental factors, it is important to continue to inform and enlighten the public about the need for a vibrant energy industry.

Future generations are depending on us to keep the American dream alive. Our national security has long been one of the assets we cherish, and we cannot afford to continue relying on foreign nations to fulfill our energy needs or miss the opportunity to create a forward-thinking infrastructure that will support the American way of life.

Nothing moves without energy! The U.S. does not move without energy, and the U.S. oil and gas industry must continue to tell its story!