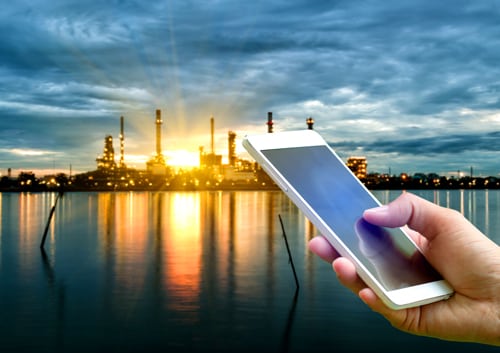 As oil and gas companies in 2017 face unique challenges in workforce development, education and training providers will be working diligently to continue shaping options for workers that tap into a vast range of technologies designed to accommodate the way people want to learn today.

Compounding a reality oil and gas companies have been facing for many years — the retirement of a large percentage of experienced workers and the need to transfer their knowledge to the next generation — is the new reality that the downturn has forced younger workers out of the industry into other stable job environments. An uptick in oil prices that is forecast to continue to grow gradually throughout the year isn’t going to bring those workers back. But as the industry grows, it will need to refill lost jobs.

In this current environment, industry is asking, “where are we going to get the individuals that we need to be in this industry, and how can we make sure they have the basic competencies required?”

That’s the view according to Coy Wilcox, director for the Petroleum Extension (PETEX), a part of the Texas Extended Campus at The University of Texas at Austin. He told Oilman that PETEX is trying to put in place training and education programs that use technologies available today — such as drilling simulators or hands on training simulator tools that are an actual set of tongs, or an actual measurement flow, so workers can learn to properly calibrate and measure systems — and then run those workers through programs that combine theory- and competency-based models with hands on experience.

“Those are going to be key things that we see over the next several years,” Wilcox said. “It’s about combining e-learning tools, putting them in a classroom, and being able to use simulations, then getting workers outside to perform those same tasks to at least an entry level competency.”

He said that PETEX is focusing on using technology to provide people with the most realistic training that they can possibly get without actually having to be on the job.

“We’re taking the e-learning format, we’re putting in what was once a traditional publication, now more of an e-book, and then bringing that into the classroom so that, with the environment that people see sitting in front of a computer, now they get that same look, the same feel, with all the simulations, the graphics, the ability to see things that they may not be able to see, but now they have an instructor in the classroom facilitating this learning at the same time,” he said.

PETEX has been providing training courses and content for the oil and gas industry for decades. It is headquartered at the J.J. Pickle Research Campus in North Austin, and it offers technical and nontechnical training courses, publications, and e-solutions for employees in various sectors of the industry, with instructor-led courses located at the Bammel Business Park in Houston as well as client locations around the world.

Technology also provides the foundation for training platforms offered by Louisiana Workers’ Compensation Corporation (LWCC) for its policyholders at no charge. Among LWCC’s offerings are streaming videos, webinars, online courses, a mobile training center, and a virtual driver simulator.

LWCC’s oil and gas customers are largely made up of service providers that work contracts for larger multinational petrochemical companies. They utilize LWCC’s training programs to ensure they are qualified for ISNetWorld, according to Richard Perkins, safety and loss prevention manager for LWCC.

“A lot of companies use our online course for ISNetWorld to meet general awareness criteria to work for larger clients, whether it’s petrochemical plants or oilfield related accounts,” he told Oilman. “They use these services because they get a certificate for each person that takes the test.”

Companies also use LWCC’s streaming video in a safety-meeting capacity to keep training costs down.

LWCC takes training to customer work sites with its mobile training center. With this option, “most of the crew can still work, while some of the crew takes online courses, and then they can rotate them out,” Perkins said.

The benefit, he said, “is they don’t have to leave the work site. If they have to go deal with an issue, they can do that. It helps contain costs.”

He said that LWCC sees an average of between 8,000 to 10,000 courses completed by policyholders per year, and it has about 500 streaming video checkouts per year. Policyholders can access five streaming video titles per month, and have unlimited streaming of those titles during the 30 days.

Perkins said LWCC is always trying to stay abreast of what’s new and current in education and training solutions.

“We try to see if something new is coming on the training side,” he said. “If we come across new technologies, we’re surely going to try to implement those.”

He added that LWCC, for example, is looking into podcasts, and options for recording them and emailing them out to key people across LWCC’s policyholder base.

At PETX, the future of the technology-enhanced learning platform is wide open.

“Augmented reality (AR), virtual reality (VR), simulation in general – it’s the way to immerse people,” Wilcox said. “It’s the Xbox generation. People entering the market today learn differently than they did 20 years ago. They are still tactile, and that could be a joystick, a game pad, a tablet; but it still needs to be that visual encompassing world.”

He added that learning outcomes with AR and VR are “incredible.”

“If you put people in scenario-based learning situations, where they are sitting in front of the simulator or they have VR goggles on, and they are walking through or interacting with avatars, for example, they will forget they are in a game environment, as long as it’s done properly,” he said.

Wilcox noted that the combination of these technologies reinforces learning. An idea is introduced in the classroom; then students are immersed in the concept with AR, VR or simulation, before they go outside for a hands-on experience in real time. This process ensures that they experience the concept in a number of situations before they get to an actual work site.

Wilcox said that PETEX has plans in place to bring VR into the learning environment, but they are still investigating the technology to make sure that it works seamlessly.

“We are targeting full on VR as soon as possible,” he said. “Within the next three years, you’ll see VR implemented across the board. Combined with current simulation technology, you have a really powerful tool.”