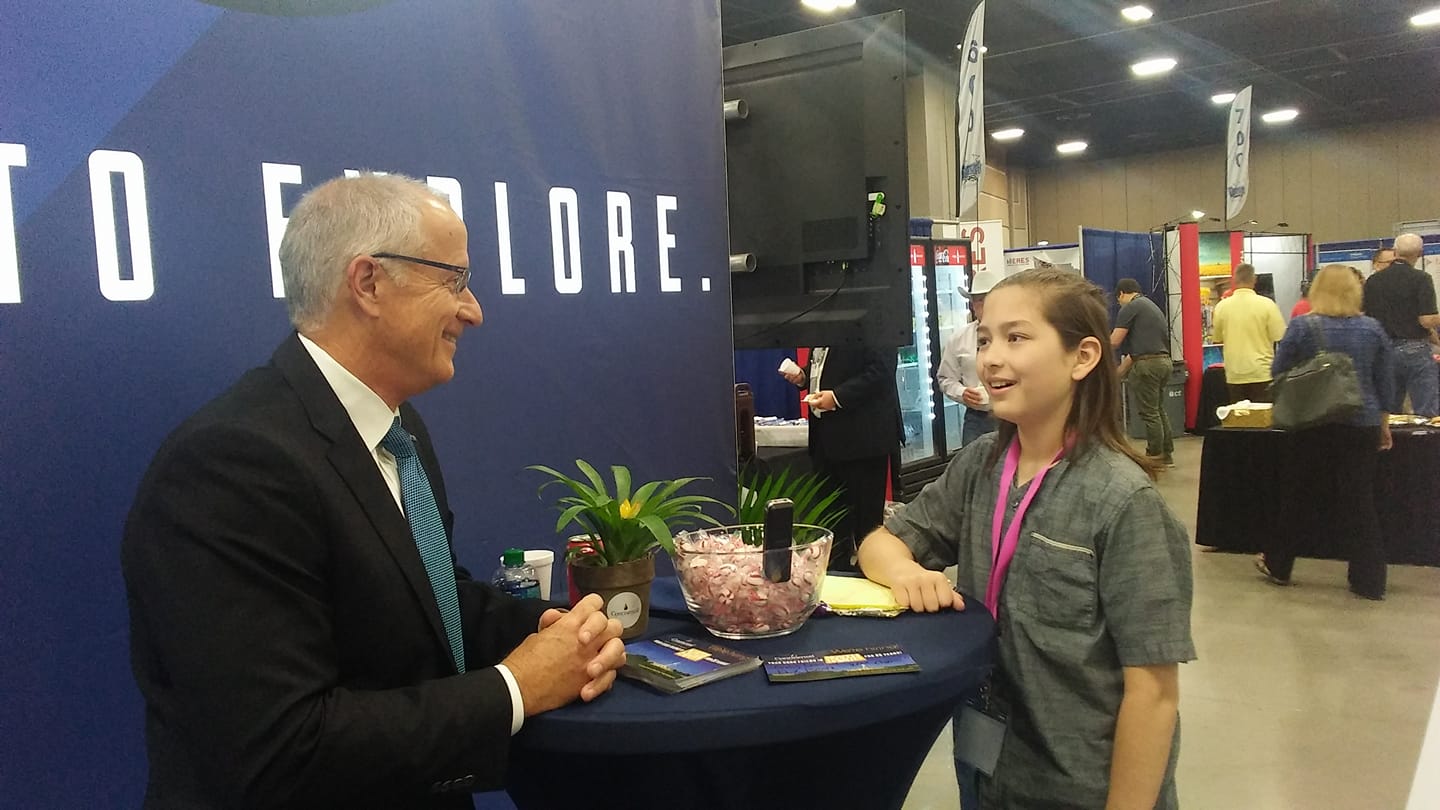 Otis began an entrepreneur’s journey at the age of 30 days old. Video Arts Studio was working on a new program for Discovery Channel and it just so happened they needed a one-month-old baby for the cover art and pilot program “Sheri Daniel’s Baby 101.” Although the pilot was not picked up, this opportunity became the catalyst for Otis to begin building his multimedia resume.

Right around the same time, during his first month of life, Rock and Roll icon Alice Cooper held baby Otis on a Springtime visit to Fargo, ND and proclaimed, “Otis! He will do amazing things in life!”

At the age of two, Otis landed an opportunity to do voice work for the highly-rated “Tom Wynn and Friends” morning show on 790 KFGO-AM in Fargo. From Christmas radio imaging, to station liners, to ad copy, Otis’ voiceover talent grew with the demand. He continued voice work for a variety of AM and FM radio stations and programs in the Dakotas and neighboring states. It was around that time, when Otis was five-years-old, that his family temporarily moved to the Bakken oil fields.

Otis continued honing his craft in the oil patch by reading the “Daily Lunch Room Report” for iHeartMedia North Dakota, formerly Clear Channel. This daily feature, on three Dickinson radio stations, had Otis reading lunch menus for all the local and surrounding schools. People called into the station to find out when the Daily Lunch Room Report was scheduled to air so they could build their morning commute around it. Kids and adults enjoyed hearing Otis tell them what they could expect for lunch later that day. Otis took an active role in writing and producing the daily program for the Bakken region, as well as for online streaming listeners.

During this time in Otis’ life, he also worked as a host and cashier for the family-owned, multi-media food truck. His innate curiosity about people and their stories made him a natural at engaging customers during their visits to “The Rolling Stove” at Mac’s in Dickinson.

After a year, Otis returned to Fargo and began looking for his next professional endeavor. After having lunch with entrepreneur Marty Riske, Otis found his next job, restocking shelves for a video game store after they remodeled. Otis began working for VidCycle in Fargo, learning the value of hard work, the meaning of time cards, and how to work with managers to learn new skills. He did such a good job stocking shelves, they added the duty of customer service on the floor. Otis was living the dream, talking to people about one of his biggest passions—video games.

When the video store was sold, Otis found himself out of a job at age nine. So, he decided to branch out into a new area of entrepreneurism and began walking neighborhood dogs after school. This turned into a five-day-a-week, after school job.

Otis decided to take his passion for making money and giving back to the next level. This time, it was a podcast. The Kids and Capitalism KidCast was created, a mentor in the media was secured and now some radio stations even air his program. Kids and Capitalism has also hosted fundraising and sporting events, supporting the mission to work hard, create business plans, give back, learn etiquette and have fun.

As Otis approached middle school, he became more focused on using his broadcasting talents in the area of competitive gaming. To that end, he submitted an application to be a gamer commentator for the Grand Forks, ND, DakNo Gaming Tournament’s live Twitch broadcast. Not only was Otis selected to work the tournament, he was the youngest contributor by over a decade. He also had the most media experience of any broadcaster at the tournament. Otis was used as a color commentator and roving sideline reporter for the E-Sports event.

After years of participating in capitalism role playing, Otis decided to learn how capitalism truly works. He knows from personal experience, living and working in the Bakken, that there is no better industry to learn from than the oil and gas industry. In May 2018, Otis attended the Williston Basin Petroleum Conference (WBPC) in the Bakken region of North Dakota. During the conference Otis was able to interview everyone from executives to interns to business owners. While at the WBPC, Otis also took advantage of a media networking opportunity and met the staff from CNBC, including Brian Sullivan, Anchor & Senior National Correspondent of “Worldwide Exchange.”

Otis is currently in discussion with several energy companies for a future tour of technology centers and possibly a well site.

Currently, Otis is host and producer of the Kids and Capitalism KidCast, gives presentations to young kidtrepreneurs, contracts voice work for agencies, media organization, and sponsors. He is also in the infant stages of starting his own Twitch Channel to monetize his passion for playing video games with his friends across the United States.

Photos courtesy of The Crude Life 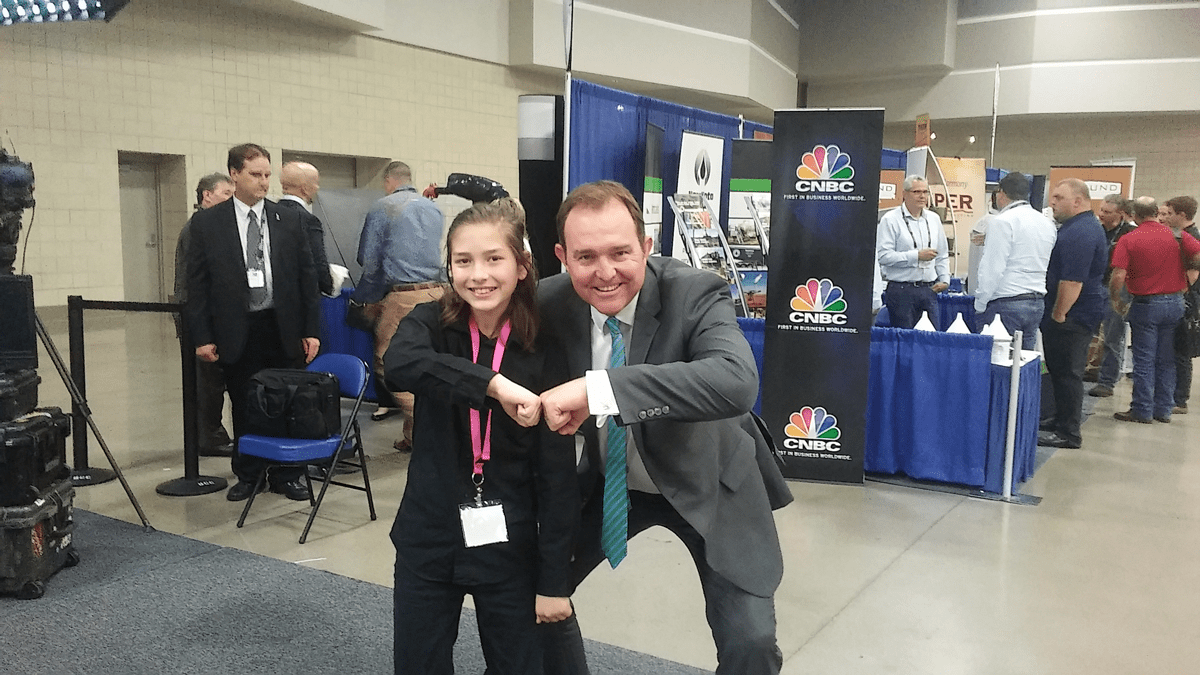 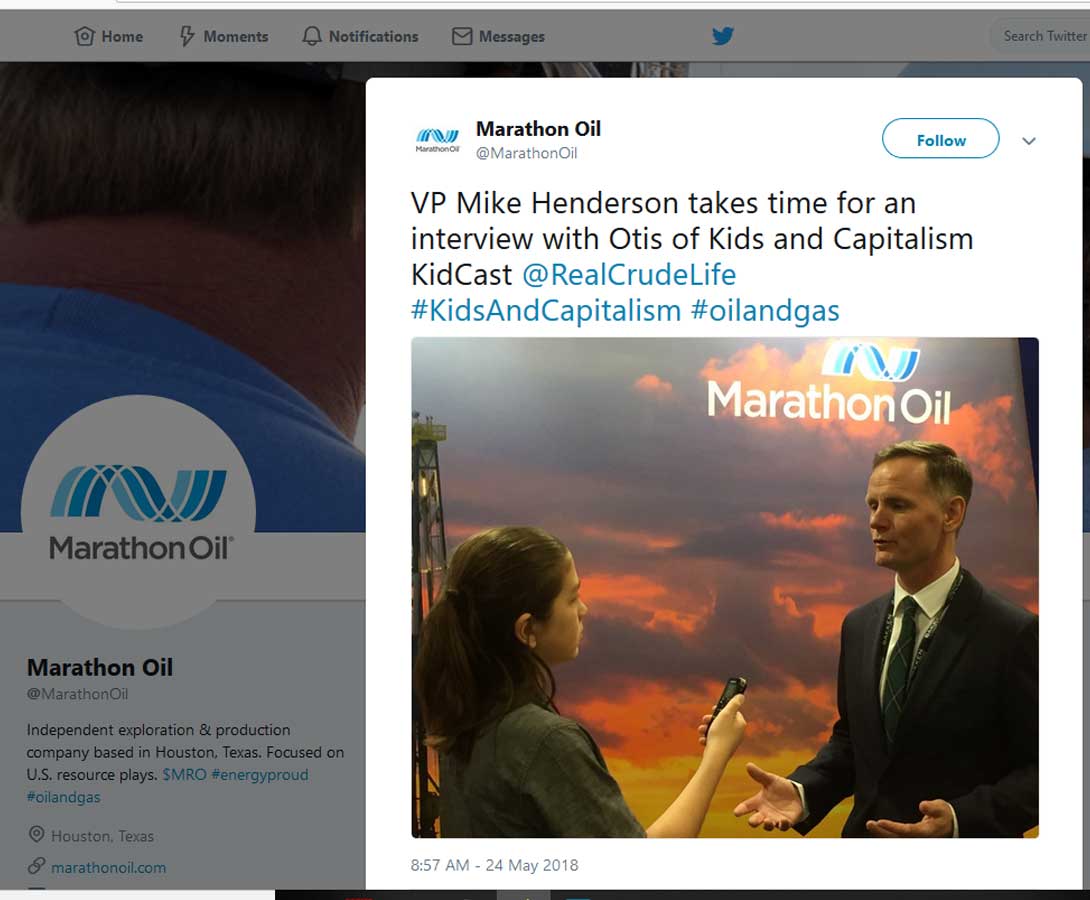 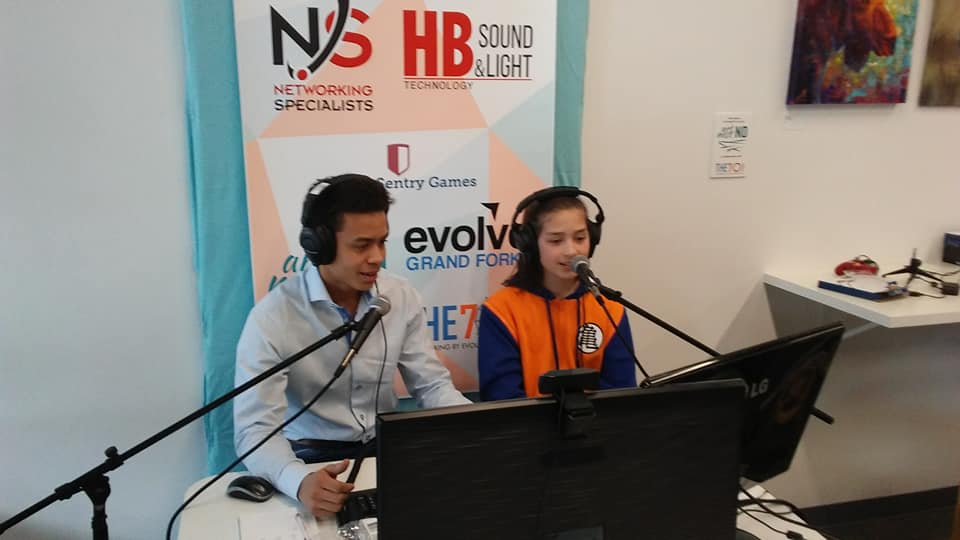 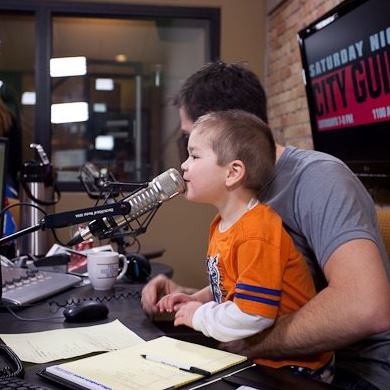 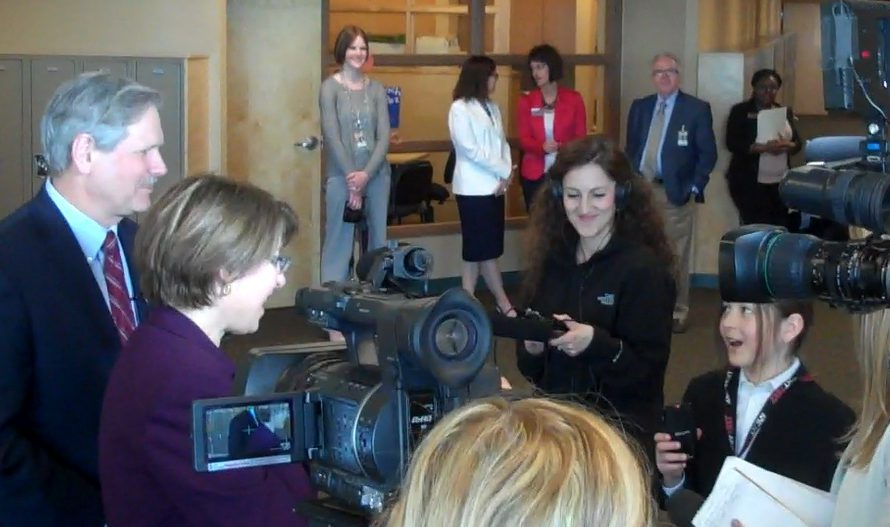 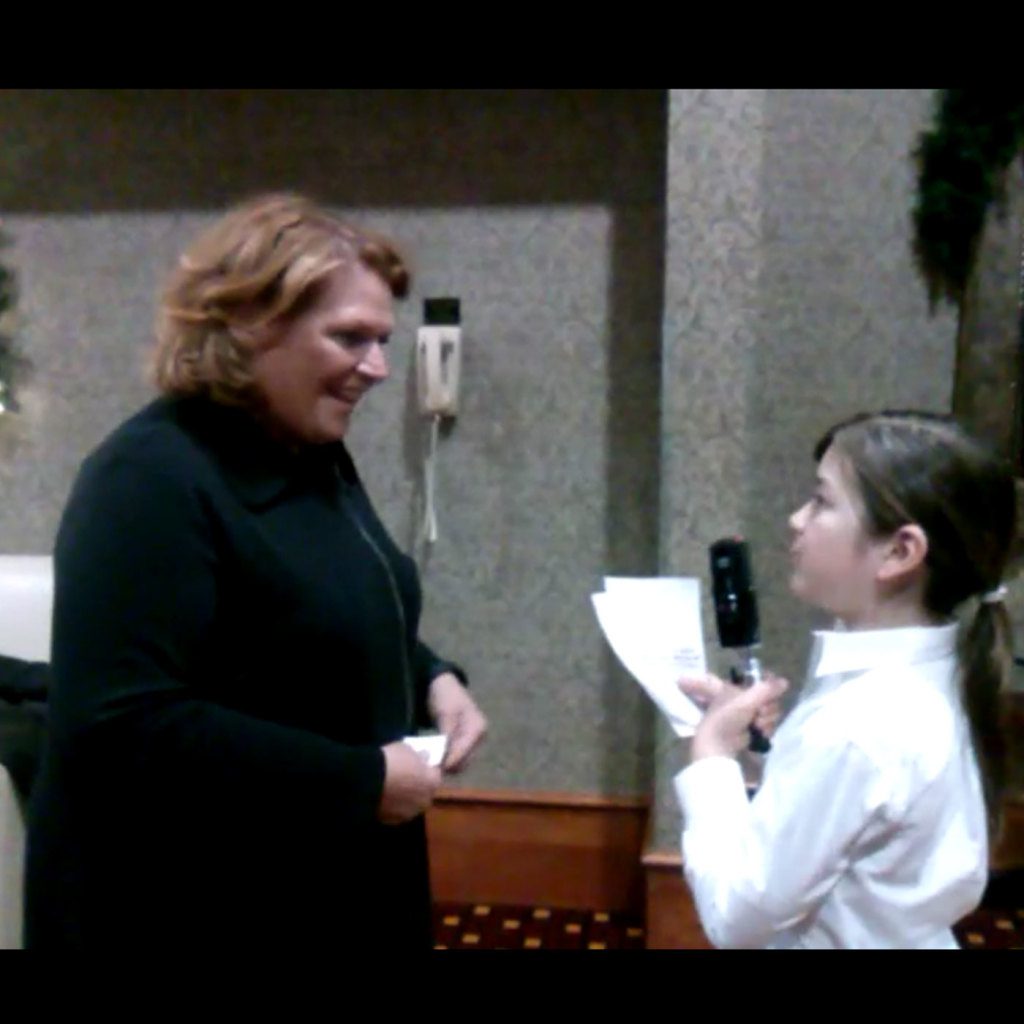 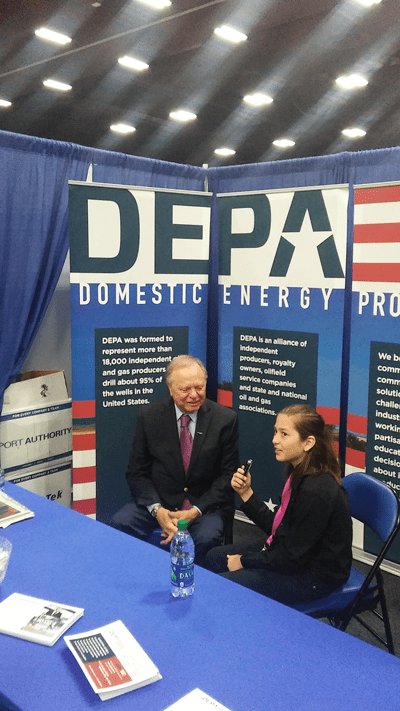