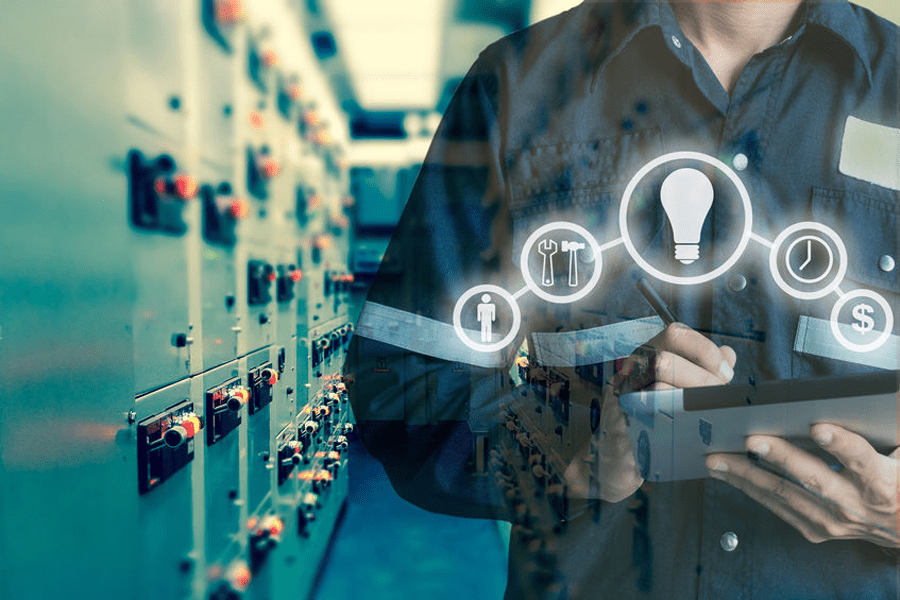 Until the major downturn of 2014, the oil and gas industry has been a staunch, conservative industry that was a behemoth, slow to change. However, during the downturn, managers and executives realized they were on the precipice: continue with the old ways of doing business or start embracing technology to cut waste and increase profits to survive the oil and gas glut? Five years later and it is obvious that the latter was pursued, as oil and gas companies are now flush with technology, all which focus on big data. Big data has allowed companies in the entire oil and gas value chain to take advantage of optimizing processes to save time and money. Gone are the days of guys driving around in trucks in oil fields taking measurements. Now those measurements can be taken in real time and appear on a screen in a control center.

Sensors Are the Life-Blood of Big Data

There are a lot of unknowns in the well. You can’t go down there and look around and see what’s going on and you can’t check up on your equipment that is downhole visually. That is where sensors are taking the guess work out of what is going on downhole. As more and more sensors are being added to downhole equipment, operators are getting more efficient at controlling maintenance and keeping downtime at bay—the bane of the industry!

TessaLink is helping companies to get into digitalization with its solutions in big data via RFID edge devices, software, and services to manage the certification, tracking, and inspection of industrial assets from start to finish. By embedding RFID transponders into metal or high-density synthetic carriers, RFID can now be used in extreme applications where the technology would not have worked in the past.

However, there is more to it than just drilling data. In fact, TessaLink is taking big data further, to looking at predictive asset failure in all segments of the oil and gas industry. Through a unique platform-as-a-service (PaaS), which can be leveraged by larger companies for a complete customized experience by recording the usage data of any asset in oil and gas and being able to allow end users to maximize the usage of an asset, which drives down costs and allow companies to extract the complete value out of an asset before repair of replacement. “What do you really want to do? You want to maximize the life of your assets. What is it? How much did it cost? How much time is left before replacement,” said Jim Stradinger, CSO and Partner of TessaLink. This allows companies to reduce their operation expenses by saving on their assets. Offshore could really benefit from this type of technology, because “You talk to these operators and they say that so much of the costs are fixed, where they are really not if you monitor your assets.” He continued, “So many people operate with a major misunderstanding of what digital transformation is or they are only looking at it from the perspective within their own silo.” So, when it comes down to it, what is the most important takeaway from digital transformation? Stradinger said, “It is making data available to the end user and not holding it hostage from them.” While big data is usually the headliner in most technology stories, the use of robots are growing more and more within all industries and not just in the oil and gas industry.

Robots Are Going Where No Man Has Gone

As robots have gone from simple arms that do repetitive tasks to the complex machines of today. Almost like science fiction has come to life! Oil and gas companies are looking to robots to do jobs humans cannot or are too dangerous such as monitoring drilling operations offshore or sending drones out into harsh climates to inspect ageing equipment. Robots and automation are here to assist in oil and gas in a bigger way than thought. According to GlobalData, the global robotics industry is set to grow at a compound annual growth rate of 16 percent from $98.2 billion in 2018 to $277.8 billion in 2025. The report identifies oil and gas companies such as Shell, ExxonMobil, Chevron, BP, Gazprom, Repsol, Equinor, Total, Saudi Aramco, Sinopec and ADNOC as having considerable exposure to the robotics theme.

However, there are two foremost challenges in deploying robotics: cost and reliability. Robotics are proving to be rather consistent in enhancing operational efficiency in some applications, such as material handling and preparation of land for drilling. Nevertheless, it is yet unclear if the total cost of ownership of robots and drones has a positive effect on overall operational expenditure. While it is a newly implemented technology, there will be a few more years of monitoring needed until there will be more data to get a better idea of what the return on investment will be.

While there is a lot of emphasis placed on big data and using it to increase efficiency, engineering innovation and mechanical tools are still at the heart of the industry. Lateral stimulation technology has come a long way over the years and the results of using it in production have led to increases in oil extraction. One Norwegian company has a stimulation system in place which can increase well productivity and overcome challenging reservoir parameters. The reservoir liner string is equipped with smaller “drills” that extend from the laterals to bore further into the reservoir. These lateral drills are powered via small turbines inside that liner sleeve by the flow of liquids through the liner. Additionally, drill bits drill out from the liner penetrate the reservoir further. This technique can bypass damaged zones, connect to natural fractures, faults and sweet spots, penetrate flow barriers, place laterals accurately, avoid extra fluids, and streamline operations.

With mechanical technology innovations such as these, it is not only computers and data-based efficiency, but still good old engineering that can still drive the industry forward. Together, they are all part of the growing innovation that drive industry forward and never ceases to amaze in terms of software and engineering marvels.